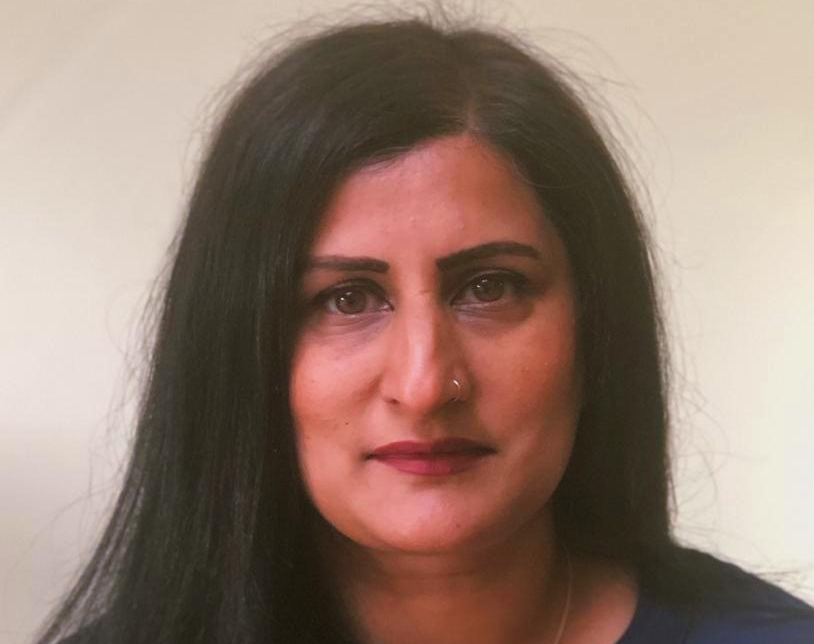 A Black Country mother of three who returned to education after almost three decades is celebrating a double boost to her confidence and career after taking on a mid-life apprenticeship.

Anita Chonk overcame both the anxiety of going back to the classroom and her longstanding fear of maths to embark on a two-year apprenticeship through PTP Training, part of the BCTG Group.

And as she nears the end of the course, she has extra cause to celebrate having achieved a dream promotion at the City of Wolverhampton Council.

Anita, aged 48, from Wolverhampton, is now senior licensing and compliance officer at the local authority, where she has worked for 20 years.

She explained that most of her time at the council had been in licensing but that it was her dream to secure a job in compliance. Therefore, when the council introduced a Level 4 Regulatory Compliance Apprenticeship in 2018, Anita decided to enrol.

Anita said: “I really wanted to go into compliance where there’s a lot of risk assessment, such as checking the history of the premises, from off-licences and nightclubs to late night takeaways. And you also visit the sites to check they are complying with their licences.”

Anita, who has two daughters at university aged 18 and 20, and a 16-year-old son, said: “I went on the apprenticeship because you have to do everything you can to try to progress. But I was very anxious as I was 46 and a working mother of three children when I started the course.

“I really wanted to do some training as I was very keen to progress at work, but I was conscious it had been such a long time since being in education – 30 years since leaving school and 25 years since I’d last gone on a course.”

The apprenticeship meant that Anita was able to remain in her job at the city council while juggling coursework, exams and workshops.

She added: “When you have three children to bring up and bills and mortgages to pay you can’t really leave work to go back in to education, but this apprenticeship allowed me to stay working and get the hands-on experience.

“There were a lot of people younger than me on the course, so I was anxious about that, and I did wonder if I would get through it.

“But I got massive support from the tutors, especially Maureen Begum who has been absolutely fantastic, so supportive and encouraging.”

Information from workshops proved useful in supporting Anita on her compliance visits, as it allowed her to talk knowledgeably about the area, offering the right advice and guidance to the businesses she was working with.

This helped build better relationships with her stakeholders, supporting them to flourish and grow.

One area that Anita particularly had to overcome was a fear of maths. She said: “I have always found maths very difficult, even from schooldays. It’s a subject I always struggled with and I was scared doing the apprenticeship because I didn’t think I would get through it.

“But PTP arranged for maths tuition and that was so helpful. Before the course it wasn’t something I could help the children with, but now I can support my son with his maths homework.”

That increased knowledge of maths has also helped Anita in her work as her role involves dealing with subscriptions and fees.

Anita, who was a finalist in the BAME Apprenticeship Awards 2020, said: “The apprenticeship has really improved my confidence. It’s always so hard to get back into education but I realised I can do it.

“Yes, you have work and, yes, you have a family, but it showed my children that even at an older age you can still achieve something. It shows them a good work ethic as well.”

Anita has now urged other older age people to pursue similar challenges and identify their own untapped skills and abilities.

She added: “You always think that apprenticeships are just for younger people, but they are open for older people as well.

“I never dreamed that I would secure a promotion before I embarked on my apprenticeship, but I am extremely proud of my achievement.”

Debra Craner, Anita’s manager at Wolverhampton Council, said: “It has been wonderful to see Anita gain so much confidence in herself and her work.

“I have observed her out in the field dealing face-to-face in not always comfortable surroundings and each time maintaining a professionalism and positive attitude.

“The course has made her believe in herself and see that there is a big world out there. Securing a promotion on the back of this confirms it. Well done, Anita!”

Maureen Begum, performance manager at PTP Training, said: “We’re so proud of Anita’s enthusiasm and dedication to her apprenticeship, and it just shows how helpful this extra training can be, regardless of your age or the stage you’re at in your career.”