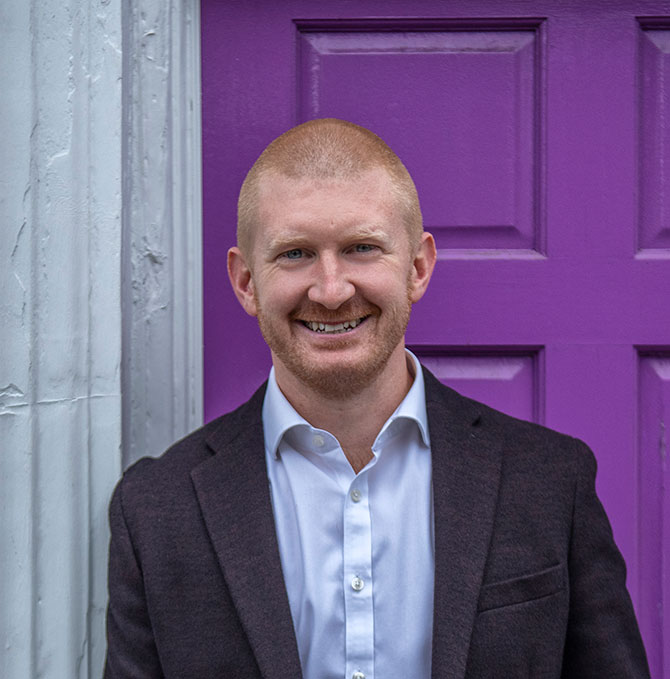 Matt Nicol is not an individual who appears prone to too much self-doubt. “I am dedicated, I have always been committed, even now, I put in as many hours as I have always done, if not more. I back myself.”

If confidence and business acumen are essential characteristics for any budding entrepreneur then Matt would appear to be a classic case study for the legions of one-man or woman bands out there dreaming of lasting success. After all, he’s viewed by friends and acquaintances on his home turf of Droitwich Spa in Worcestershire as the town’s “unofficial Mayor.” But more of that later…..

The facts very much speak for themselves. Matt is the brains behind the rise and rise of estate agents Nicol and Co, transforming himself from a sole trader with a small office off the main high street into the man at the helm of a £2.1 million turnover enterprise.

The whole admirable process has taken just over a decade, and in that time Matt has created 38 jobs at the firm’s two offices in Worcester and Droitwich, with more on the way with the launch of a third branch in Malvern.

He’s been recognised for his success, winning the Worcestershire Business Owner of the Year title in 2018 at a county business awards ceremony. The company has been listed in the top three per cent of estate agents in the country in the acclaimed Best Estate Agent guide and Matt was identified as one of the ‘next generation’ of UK estate agents by the Property Academy.

He was also asked to speak at Battersea Evolution, a leadership conference and awards lunch, appearing on stage with TV star Gabby Logan and rugby legend Jonathan Davies.

And he’s not the type to rest on his laurels, with ambitions to more than double turnover over the next 10 years and add a further branch office to the Nicol portfolio.

As with any successful entrepreneur, there have been more than a few twists and turns along the way for Matt. But you get the sense from talking to this engagingly determined 37-year-old that little would deter him from achieving his goals.

Born in Croydon, the Nicols moved to Staffordshire when his father Richard’s job as managing director of Chamberlain Hotels brought him to the Midlands. After initially going to school in Stone Matt found himself switching with the family to Droitwich Spa, which would in the fullness of time become his adopted home town, giving him the base to launch his business career.

You could say that Droitwich – a pleasant spa town with a population of around 23,500 just down the road from its illustrious neighbour Worcester – has been good for Matt Nicol. And observers might also point out with some justification that Matt Nicol has been good for Droitwich.

“I did my GCSEs and stayed on for the Sixth Form for a couple of months but decided that it was not for me. I went to work as a Recreational Assistant at a Leisure Centre in Worcester.

“At that point, I was going to become a fireman and I did a National Diploma in Public Services. But there were 40 people applying for every role at the time. I wanted to earn money and I ended up working for my dad at a driving range he ran in Birmingham. I got the food and beverage side up and running but that was never going to be a career.

“At the age of 20 I sat down with my dad and said I would like to get into property development. But he said: ‘You are not very practical, learn the industry, find out what a good property is.”

Matt’s big break came when he landed a job as a junior negotiator with The Property Centre estate agency group, based at its office in Worcester. At the age of 20, Matt had found his vocation.

“I thoroughly enjoyed it. I worked there for five years and that is how I learnt my trade. I really enjoyed getting out there and talking to people, helping people on the road to their dream home.

“I became a valuer, helping value properties and then I became an assistant branch manager. My director fast-tracked me. I would be first in and the last to leave. I had found my calling.

“I was in charge of a team of six at the age of 24. It was a profitable branch – Worcester was the best performing office and I was the one running it.”

Matt was learning as he went along, but still in his mid-20s and with growing ambition along with an eye for opportunity he decided that there was more to life than running part of somebody else’s business empire.

“I had planned on leaving. I felt that I had reached the top of the tree. It was just before the recession – they said: ‘We would like you to stay on as a branch manager.’

“I had a good income, it was a good life. They looked after their staff, they took top-performing staff to the Rugby World Cup in Marseille, to Sorrento.

“In June 2009 I told them that I was leaving – the idea was more than just a pipedream. At first I had a very small office in Droitwich – it was very much a one-man band, I had to put a sign on the door when I went out for appointments.”

“I didn’t have main footfall, you do not need to be in the centre for it to work. I felt that I could do well with the people who had seen me grow up.”

Initially rejected by the banks, he ploughed ahead with his plans, choosing to sell his flat and move back in with his parents to cut down on overheads. 12 hour days, six days a week became a way of life – but he was enjoying himself too much to worry about that.

“I had put the idea out there prior to the recession. I realized that I could make it work, I wanted to be my own boss. I enjoyed everything about the job in terms of getting out there, valuing etc. I loved meeting people, finding out what they need, solving problems for them.”

A family inheritance of £30,000 underpinned the fledgling business and Matt never looked back. “I paid that back within two years. There was momentum from day one, it was so fast-paced, I had my first phone call the day I opened.”

Turnover of more than £50,000 ensured a promising first 12 months and Matt was soon looking for additional recruits, including the experienced Karen Smith, who had worked as a branch manager at an estate agency in Redditch.

He poached another estate agent, Neil Randle, as his number two, launching a second office in Worcester in 2012. In 2015 the firm moved to a larger office in Droitwich, around a mile from the town centre, with plenty of parking space.

Meanwhile, the company has diversified impressively, with four arms embracing estate agency, lettings, land and new homes and marketing and design. Nicol and Co has photographers, videographers and HR staff on the books as well as the more traditional valuer roles. It’s all a far cry from the “sharp suited, gift of the gab” stereotypical image of estate agents, as Matt recognises.

That visibility has been enhanced by Matt’s current chairmanship of Droitwich Means Business, a group of local business leaders committed to helping the local community, including raising £16,500 in just over a month to rebuild a local play area attacked by arsonists. “They call me the unofficial Mayor, it’s not a bad thing, my friends rib me for it,” says Matt.

“We have grown to 38 employees within the space of 11 years. It has been brilliant, we have done very well. We are recommended by a lot of people, by friends, family and colleagues. The staff are all very engaged in what they do.”

But if Matt has his way, the Nicol and Co saga is still in its relative infancy, or possibly adolescence. “By 2030 we want a £5 million turnover. And we want one more office in Pershore/Evesham.

“I want it to be relatively small. We charge more than most agencies but with having a photographer etc, you have to have the income to pay for it. It’s all about the client being happy, all about the various elements that go into making it work for the betterment of the client.

“It’s not about the money. It’s about enjoying the job. I often work 14 hour days, five days a week. I work from home in the mornings, and go out doing valuations in the afternoon.”

When he’s not working, Matt enjoys family life with wife Kate, a deputy head teacher, son Charlie, 10, and daughter Maisie, 7. A keen Rugby fan, he gave up playing for Droitwich at the age of 21. “I enjoy watching now. I don’t miss the crunching tackles, I have broken too many bones.”

Meanwhile, the family atmosphere at Nicol and Co is strengthened further by his father’s role as Group Finance Director. “We work together – he has no shareholding. He has got my best interests at heart.”

More than a decade on from that life-changing conversation with Mr Nicol Senior and his invaluable advice that Matt should learn the industry at the sharp end, it seems that father and son have hit on a winning formula with Nicol and Co.