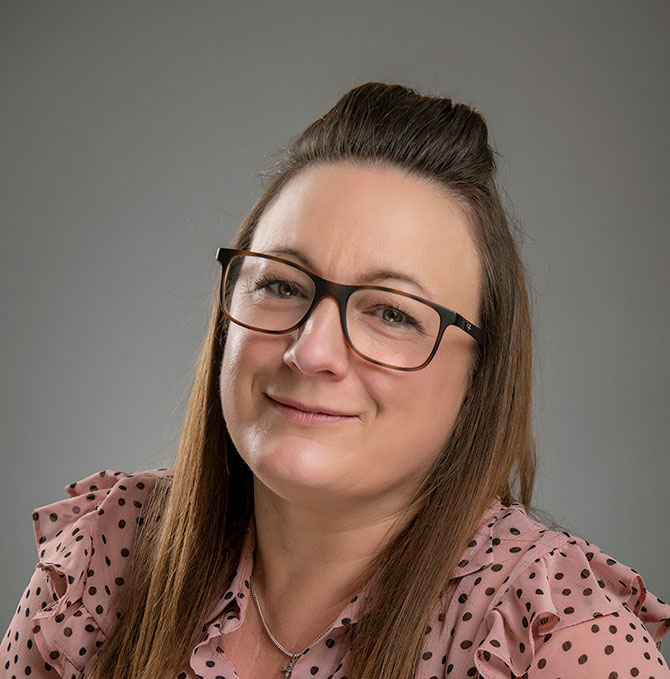 Sam Hawcroft talks to Mel Deakin, who has run her own sales and marking consultancy, Newdays, for more than a decade…

It is about five minutes into my chat with Mel that I realise she is interviewing me. So it’s not surprising when she tells me that she “loves people” and has spent a life making connections in business, since the age of 17.

We have one thing in common – in that both our careers began at the Hull Daily Mail just over 20 years ago, but at other ends of the building; me in editorial and Mel in advertising. She lasted longer than I did, though – until 2007, in fact, when she decided to give up her good job, pension and company car and travel the world with her best friend. “I absolutely loved my job at the Mail,” she says. “It was a huge decision to leave.”

But her trip-of-a-lifetime was cut short after just a year when her father died, so she returned home and started working in sales for Hull KR. By that point, though, the recession had kicked in, and Mel was made redundant not long after.

Then, a friend asked her to work for him, making appointments and generating leads, and this quickly turned into a management role – but she faced redundancy once again, as the business was put up for sale. This proved to be a turning point in Mel’s life. “I thought, now I can write a new chapter,” she says. “People I knew in the supply chain would often come to me and say, we’re really good directors, or really good at the technical stuff, but we’re rubbish at sales – can you come and do a bit for us? And I asked myself, why am I not doing this as a business?”

So, that’s what she did. To make that leap to going it alone, Mel called on the huge network she’d built up. “I’m pretty good at asking for help and advice – and I’ve built my life on connections. Everybody is an opportunity, and everybody is a connection. And that’s why I don’t think you should ever be rude to anybody because you just don’t know who they’re connected to.”

She also sought support from Business Link (a government-funded advice service that was axed in 2011), and took on two members of staff. All was going swimmingly until Covid hit – then 95% of her client base disappeared overnight. “When it comes to a recession or a turbulent time for the economy, sales and marketing are the first things that people cut. One client I’d had for a long time said to me, ‘I can’t furlough my staff, but keep on paying you – and I don’t know where the sales are going to come from, because no one’s going to want to spend any money.’ And I got it – I really did. But it was hard.”

It’s a situation many people will chime with, and as the first lockdown hit, things looked bleak, to say the least. “My husband’s got a manufacturing business, which he had to close for three weeks. So he’s sitting at one end of the table with no money coming in, and he’s got 18 staff, and I’m sitting at the other end losing 95% of my business with just one £400 retainer. So now there’s just 400 quid coming into the house. We’ve got two kids, bills to pay and all the rest of it, and we just didn’t know what was going on.”

What was also tough for Mel to take was that, as a company director working from home, she was among the three million people across the UK who were unable to access any meaningful government support. “I wouldn’t say I was jealous, but seeing some of those people furloughed and not having to do anything, there was a little part of me that was like, wow… meanwhile, I was working really hard to make sure I was going to save my business. I knew people who were still being able to do business while accessing the grants, which was hard.”

The fact she had become known as a “little black book” in the business world helped Mel through this difficult period. “I also made sure that I was supporting my clients wherever I could and supporting anyone who was a colleague, a partner, whatever else, to say, look, we’re all in this together – what can we do? I’ve worked with many clients over the years and have always kept focusing on the task in hand when others would give up. Tenacity is the key to building relationships, whether that’s in business or pleasure! I’m lucky to be able to do what I do.”

What Mel offers is, in effect, your own complete sales and marketing department. It’s an overarching role that encompasses advice, mentoring, business development, telesales campaigns, presentations, seminars and more. If you’re not keen on picking up the phone and talking to people, she will step in. “There’s an awful lot of people that hide behind email,” she says, “but if that’s what they prefer, that’s fine. It’s just understanding what makes people tick. I had some amazing training from the Hull Daily Mail, which I still use to this day. And it’s all about the listening, the acknowledging, and then saying, if you’ve got the need, I’ve got a solution for you. People often go looking for new business, but what they don’t do very often is focus on what they have. Existing relationships should be nurtured and given reasons to grow before you start focusing on new work. Retention is key, acquisition is a bonus!”

There is a certain stigma attached to salespeople – the stereotype of the smooth-talking, sharp-suited executive in a flash car comes to mind. “When people talk about sales, they often think about double glazing, or kitchen salespeople,” says Mel, “like the ones who say, ‘I’m just going to go speak to my manager – I might be able to get £5,000 off.’ Well, you’re only going round the corner, why couldn’t you get £5,000 off earlier?’ I think that people have got this idea that sales is very pressurised, and I’ve had people say to me they can’t find any good salespeople – but I tell them that it’s not just selling, it’s business development. It’s still the same role, but you’re calling it something else.”

It was an approach she used when talking to the daughter of the owner of her husband’s business. “I didn’t know she was the owner’s daughter at the time,” says Mel. “Then the owner rang my husband and said, look, we want to talk more to you. They said, ‘The lady who rang from your organisation was so polite and so professional, and wasn’t pushy, that we want to do business with you.’ I hadn’t asked for an order; I’d just said, ‘Look, this is what we do. I appreciate you’ve already got suppliers but it’d be great if we could be added to your supply chain with a view to being able to work with you in the future.’”

Things have turned around to the point where Mel is almost having to turn work away, not something she’s comfortable with doing. “I’m a fixer,” she says. “I like to fix people’s problems and that’s why I love what I do. I love people. I love learning about their stories, and I love getting success for them.”

Mel has always worked from home, but in pre-Covid times she’d be buzzing about all over the place to clients’ offices or hotel conference rooms. She admits that during lockdown the lines between home and work have become blurred, and she has been working with a business coach on putting boundaries in place. “It has been very overwhelming, and I’m not a person that gets overwhelmed. I am a workaholic. I’ll get up at six and then be working till late in the evening, and often clients will say they can’t believe I’m still awake as I’m emailing them at 10 o’clock. And that’s fine because no one’s asking me to do that, but it’s not longevity, is it? And my kids, who are only five and eight, say, ‘Mummy, you’re always on your laptop!’ Part of me thinks, well, it’s good that they can see a hard work ethic, but it’s also not so good that Mummy is working all the time.”

To lighten the load a bit, she’s looking to take someone else on, and she also recognises the need to diversify, even if she struggles with the idea of monetising what is essentially talking to people. “Someone I worked with suggested writing top tips for people every day or even selling them, like a white paper. I said I’d just rather tell them, have a conversation with them – and she said, yeah, but you’ll never make any money that way. Um, that’s my problem!”

She admits her website could be better – but she’s never really needed it much to promote her services. “Everything has always been done on recommendations. And what happens is I start working with a company and they’ll say, my brother or my wife needs some help with sales. Apart from Covid, where I worked hard to make sure people knew that I was doing stuff for free to put myself out there, I’ve never done any proper form of advertising. But I know I should do more.”

I suspect that she might not really need to. For someone who’s reluctant to sell herself, I’d say she’s done a pretty good job.