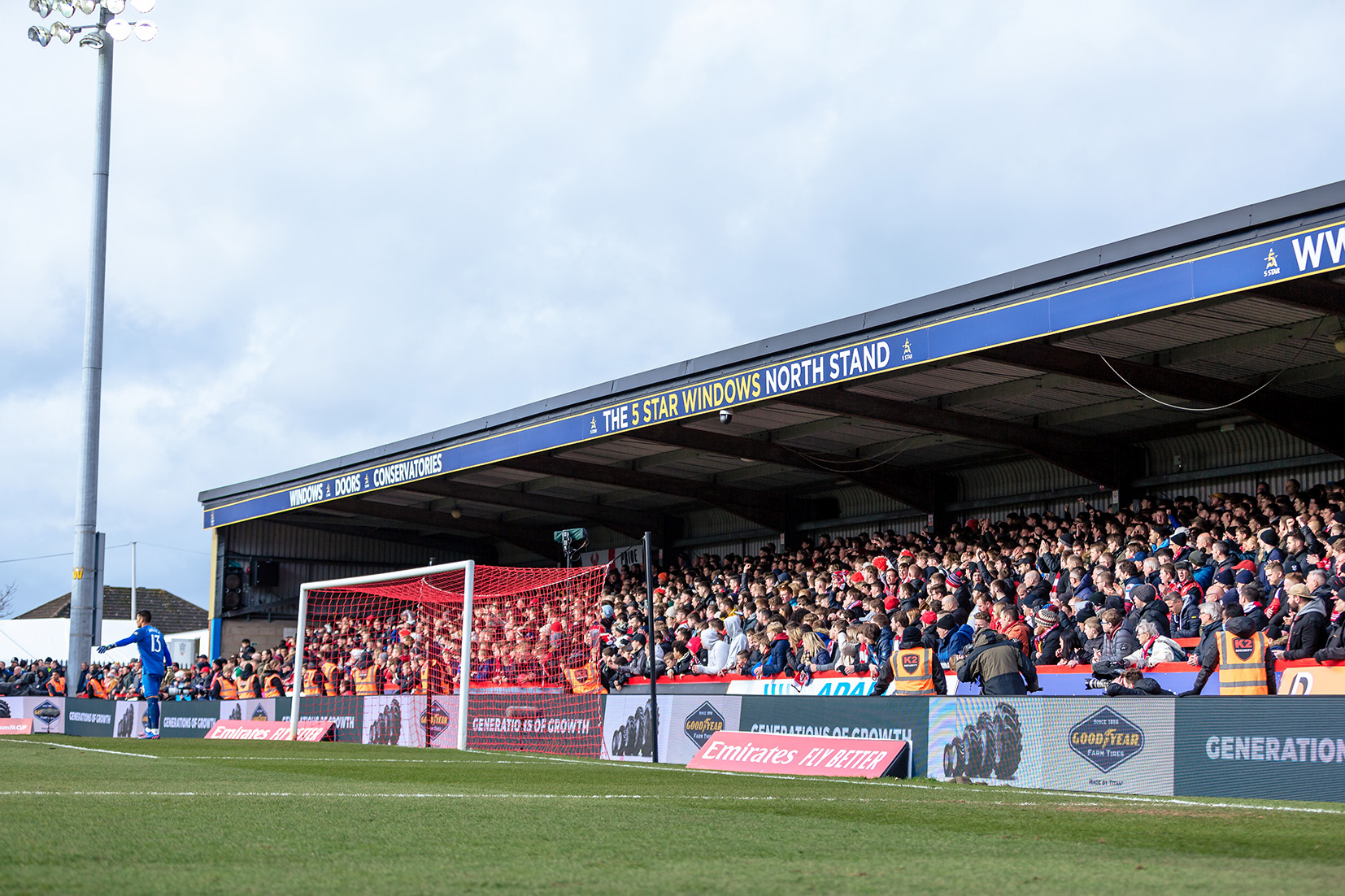 Worcestershire’s leading home improvement specialist is on course to hit a record year – buoyed in part by the power of local sponsorship.

5 Star Windows and Conservatories, which employs more than 120 people at its two showrooms in Kidderminster and Worcester, has seen orders go past £12m for the first time in its 22-year history.

Driving this growth has been a shift in consumer spending during lockdown towards homes and a new commercial deal with Kidderminster Harriers that has seen it become a main sponsor and the sole sponsor of the North Stand at Aggborough Stadium.

In addition, the 5 Star brand has been displayed on the sleeves of the first team’s home and away strips during the National League North Season and during the club’s historic run in the FA Cup, which saw it come so close to knocking out Premier League West Ham United.

“I like to think we’ve become a lucky charm for Kiddy and, likewise, it has certainly helped drive new business to our company,” said Richard Manser, managing director of 5 Star Windows and Conservatories.

“We are deeply passionate about our roots and the town we work in and wanted to put something back and make a bit of a statement in the process. The relationship with chairman Richard Lane has been really strong and the exposure our brand has received has been phenomenal, including live television and all the press coverage in the lead-up to and after the games.

“What has been really telling is the ‘feel good’ spirit it has created, and we’ve had numerous customers come in and say they’re visiting us because we’re backing our local football team.

“It is superb to see Kiddy doing so well and people coming to watch their games. Just last week, we saw the highest midweek attendance for a game in more than 20 years when we beat Hereford 3-0.”

5 Star Windows and Conservatories has established a strong reputation across Worcestershire and the surrounding counties, having installed more than 32,000 windows and completed over 3,250 conservatories, orangeries and lifestyle extensions during the last two decades.

The company, which is part of the Conservatory Outlet network of retailers, is looking to capitalise on recent investment in its £150,000 training academy and the introduction of new products across its two showrooms in Kidderminster and Worcester.

Richard added: “We have always been very proactive when it comes to our marketing, and this is something we really focused on when Covid-19 first struck.

“Rather than hold back on spending, we decided to continue with all our activity, and, in some instances, we increased what we were doing, including a really productive radio advertising campaign and our own 5 Star jingle.

“One other example is in digital marketing where we tapped into the backing of Conservatory Outlet and its agency DigitalKog to target new customers. This was a great success, and the combined expertise and creativity has seen our enquiries grow by more than 25% over the last 18 months.”

5 Star Windows and Conservatories has capped a strong year with its recent accreditation to IS014001.

The award, which covers its environmental policies, joins its existing ISO9001 (quality) and ISO45001 (health and safety).