Lulu to perform at Bonus Arena in aid of Daisy Appeal 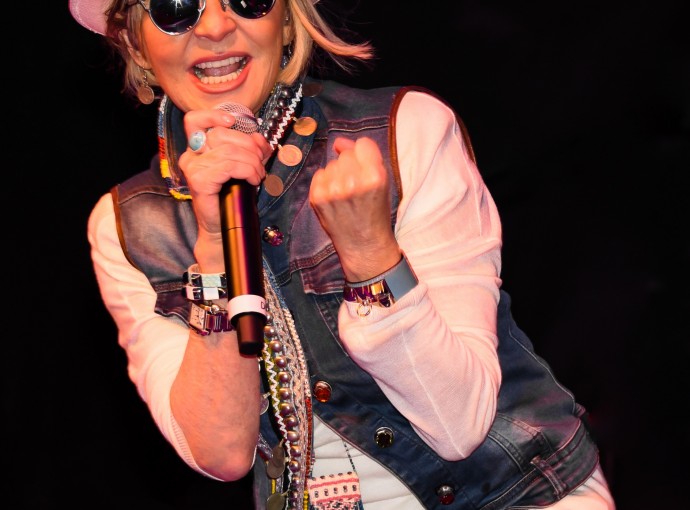 Tickets are on sale now for the show on Friday, July 19, which will see Lulu and her band – plus support group the Bootleg Beatles – take to the stage to help raise money for the Daisy Appeal, which is working to equip the Humber region with world-first medical scanning facilities to detect cancer, heart disease and dementia.
Daisy Appeal trustees are also offering exclusive sponsorship packages that will enable VIP groups to join a meet-and-greet with Lulu at the unique event.
Lulu was only 15 when she reached the top 10 with her first single, Shout, in 1964. More hit singles followed including the joint Eurovision winner Boom Bang-a-Bang in 1969, which reached number two in the UK charts, and a number one in 1993 when she joined Take That for Relight My Fire.
Hull appearances have been rare but musicians in the city recall Lulu performing over three nights at the old Lambwath Hall, a cabaret-style club in Bransholme, on April 24-26, 1980 – 39 years ago this week.
Lulu has a strong connection with the city’s music heritage as a result of another of her biggest hits, The Man Who Sold the World. She reached number three in 1974 with her cover version of David Bowie’s song that was co-produced by Bowie and Mick Ronson, the Hull-born guitarist.
Ronson also played on the record alongside fellow Hull musician Trevor Bolder. Famously, the pair had also lined up in Bowie’s Spiders from Mars in 1972.
Lulu is still in demand 55 years after her first chart success, having joined Take That on their current UK tour and announced her own dates in the autumn, but the Hull show promises to be something extra-special with capacity limited to 600 tickets which are already selling fast.
Local businessman Trevor Boanas, a trustee of the Daisy Appeal, said: “We’re looking forward to a fantastic night and a successful fund-raising event for a very important cause.
“The Bootleg Beatles are a big draw in their own right, and Lulu is a pop legend in her sixth decade of stardom. It’s a great venue and the show will be different from anything else Lulu does this year, with superb entertainment and a top-quality, black-tie dinner in an intimate environment. For businesses there’s the added opportunity to promote your company and to meet Lulu.
“The overall aim though is to raise funds for the Daisy Appeal at a crucial point in the latest campaign. Increasing numbers of families are being devastated by the effects of cancer, heart disease and dementia and thanks to the work of the Daisy Appeal we have a great opportunity to do something about it.”
For details of tickets, priced at £95 each for the show and dinner, and for information about sponsorship opportunities please contact Vicki Jackson on 01482 656359 or 07740 171974, email [email protected]
The Daisy Appeal – a centre of excellence saving lives
The Daisy Appeal was launched in 2002. Its first milestone was the opening in 2008 of a Research and Development Centre at Castle Hill. The Jack Brignall PET-CT Centre was opened in 2014. In addition, the charity purchased a table-top cyclotron and gave it to the University of Hull for research.
The current campaign has a target of £8.2m to build and equip the new Molecular Imaging Research Centre, which is under construction at Castle Hill Hospital and due for completion in autumn this year. The centrepiece will be a second cyclotron which is medical practice compliant and will pave the way to the launch in 2020 of new procedures, possibly including scanning for Alzheimer’s and prostate cancer.
Professor Nick Stafford, who launched the Daisy Appeal, said: “When we started I thought the whole thing would cost £2.5m. By this time next year, the total cost will be £13m and we will have one of the finest set-ups in the country.”
Professor Stafford said: “The next five years will see this geographical area become a centre for PET-CT development and the opportunities that will bring are immense. We are now producing a set-up which will allow us to produce our own radio tracers. You have to make these on your doorstep and there are not many places in the world that have that capability and certainly not in the north of England.”
Prof Steve Archibald of the MIR Centre at the University of Hull’s Faculty of Health Services said the Jack Brignall PET-CT Centre is now scanning about 3,500 patients a year compared with about 1,400 in its first year.
He said: “Alzheimer’s diagnosis has become bigger and bigger and we need to continue that as the treatment drugs are being developed. There is a scan for prostate cancer that is being tested and it’s one that we want to do in Hull.
“We are starting to get international traction based on what’s going on in Hull through the University and NHS partnership and it would not happen without the Daisy Appeal. The reason this is not happening elsewhere in the UK is that there isn’t a Daisy Appeal elsewhere with the vision to bring partners together.”
For further information on the work of the Daisy Appeal visit daisyappeal.org