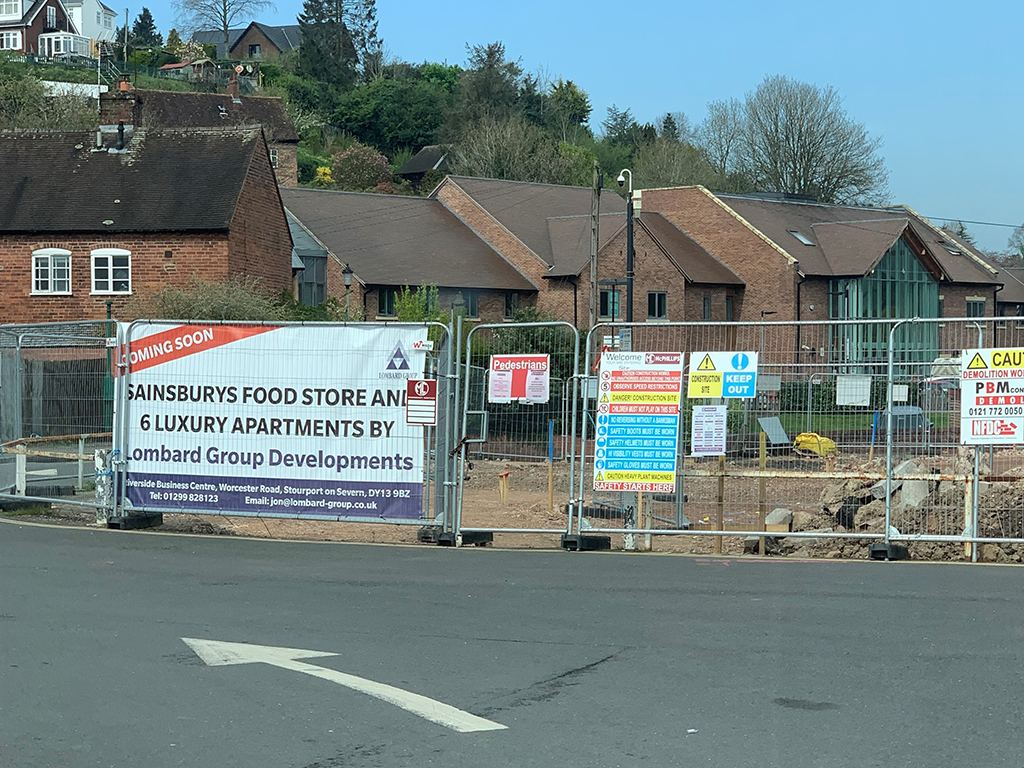 Construction is under way that will see a new Sainsbury’s store and six new apartments developed in Bewdley, and scheduled to be ready for occupation by the end of November this year.

Lombard Group Developments has appointed McPhillips of Telford as the main contractor for the project which will include the creation of a new Sainsbury’s Local and six new apartments on the former fire station site.

Sainsburys has agreed a new lease for the site and hopes to open the new store by Christmas 2022, creating 25 full and part-time jobs and giving customers in Bewdley access to great value, high-quality Sainsbury’s products on their doorstep.

The deal for the store has been forward sold and funded by LXI REIT plc, and the apartments will be sold for owner occupation.

Jon Westwood, director of Lombard Group Developments, said: “We bought the site on Dog Lane from Worcester County Council and Hereford & Worcester Fire Authority in December 2019 after the fire station closed down and moved to the Stourport/Kidderminster Road.

“We obtained planning permission in September 2021 for a new Sainsbury’s store of 6,500 sq ft at ground level and six apartments on the first floor, each having one car parking space allocated.”

Patrick Dunne, Sainsbury’s Property director, said: “Sainsbury’s is committed to helping everyone eat better and by bringing our fantastic convenience offer to Bewdley, we will be able to extend that commitment to more of our customers. We look forward to working closely with Lombard to deliver a great new store that will be an asset to the local community.”

The residential first floor will consist of five 2-bedroom and one 1-bedroom apartments. The site is next to Bewdley’s town centre car park.

In the forward sale and funding of the Sainsbury’s store, WDF Law in Manchester acted for LXI which was advised by Smith and Company and BCM.