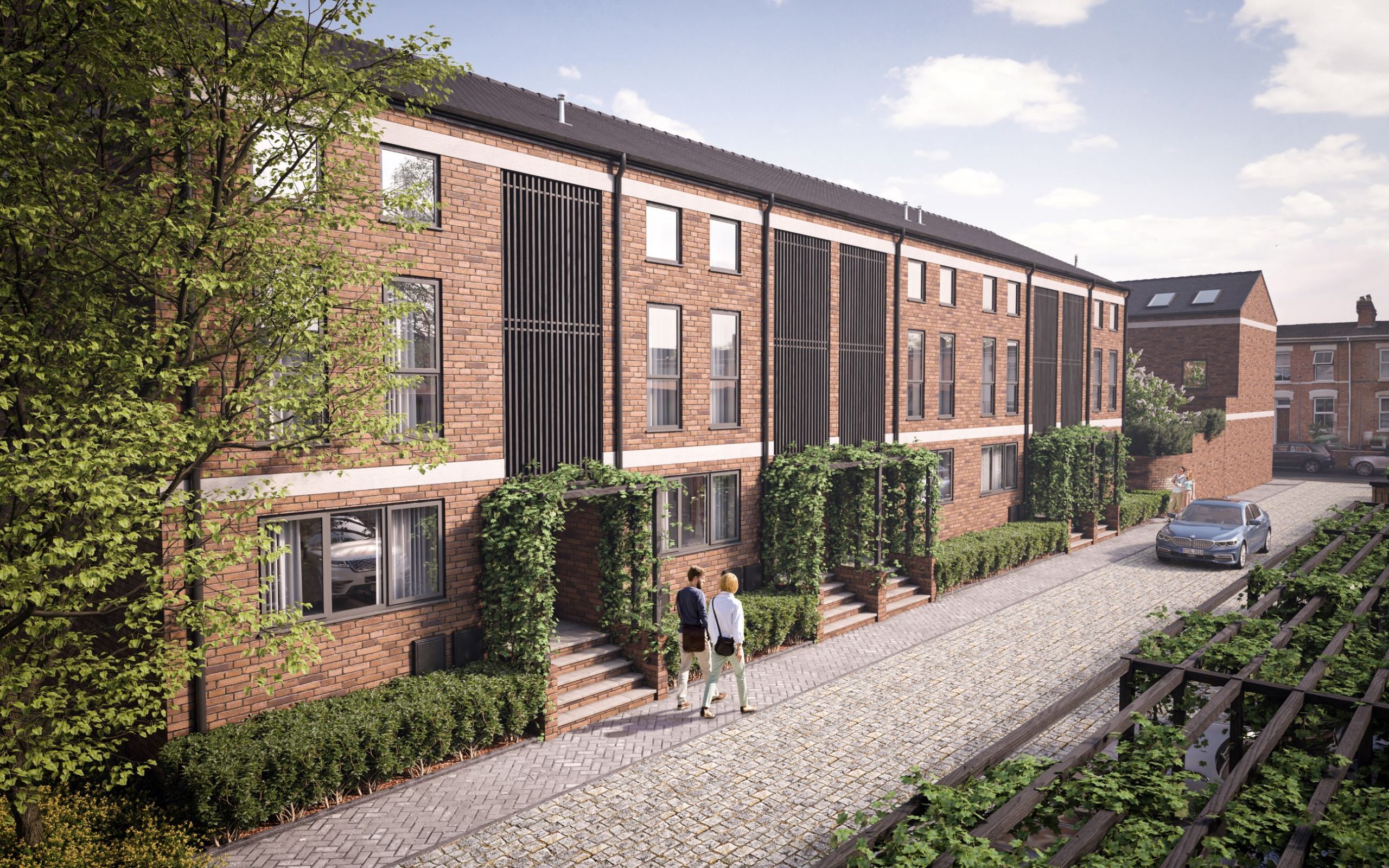 A major shortage of new homes on the market in Worcester will be partially alleviated when a development of eight high-specification, three-bedroom townhouses called The Paintworks goes on sale in the next few weeks.

Work by developer Lockley Homes is progressing well and joint managing director Karl Lockley said they were on schedule to launch the show home on Friday, October 1.

The Paintworks, in Pope Iron Road, has been designed by architect Kristian Lawrence of L&F Architects and features a collection of eight contemporary properties just minutes from the city centre and riverside walks along the nearby river Severn.

Lockley Homes’ joint managing director Karl Lockley said: “The Paintworks are about light and space, with extensive use of glass and stone. With the help of Kristian, we are bringing to the market contemporary design with a distinguished Old Town address which is close to the heart of Worcester and yet minutes from some of the finest English countryside.”

They have also enlisted the skills of Droitwich Spa signwriter Nick Sanders to give The Paintworks a stylish address and signage.

Mr Lockley said: “We acquired this former industrial site – the old Painters’ Foundry – in 2019 and, after extensive consultations with local residents, we began work in December 2020.

“Our construction programme has progressed well and are close to bringing the eight townhouses to the market.”

The Paintworks features a collection of eight three-bedroom, two-bathroom townhouses, which have a spacious kitchen/diner area and separate living rooms, plus a large luxurious master suite. Prices will start from £400,000.

Founded in 2010 by Tom and Karl Lockley, Lockley Homes is an independent housebuilder with a growing reputation for producing luxury accommodation, particularly for its bungalow developments which are bucking the industry trend for maximum units on every site.

Completed projects include Colwall Gardens and Kingsbrooke in Colwall, Herefordshire, Marmalade Lane in Honeybourne, and a one-off 2 bedroom “super bungalow” in Tanworth-in-Arden, Solihull, which was snapped up by a private buyer before it could be brought to the market.

The company is also drawing up plans for a range of two and three-bedroom homes at 221 High Street, Henley-in-Arden.