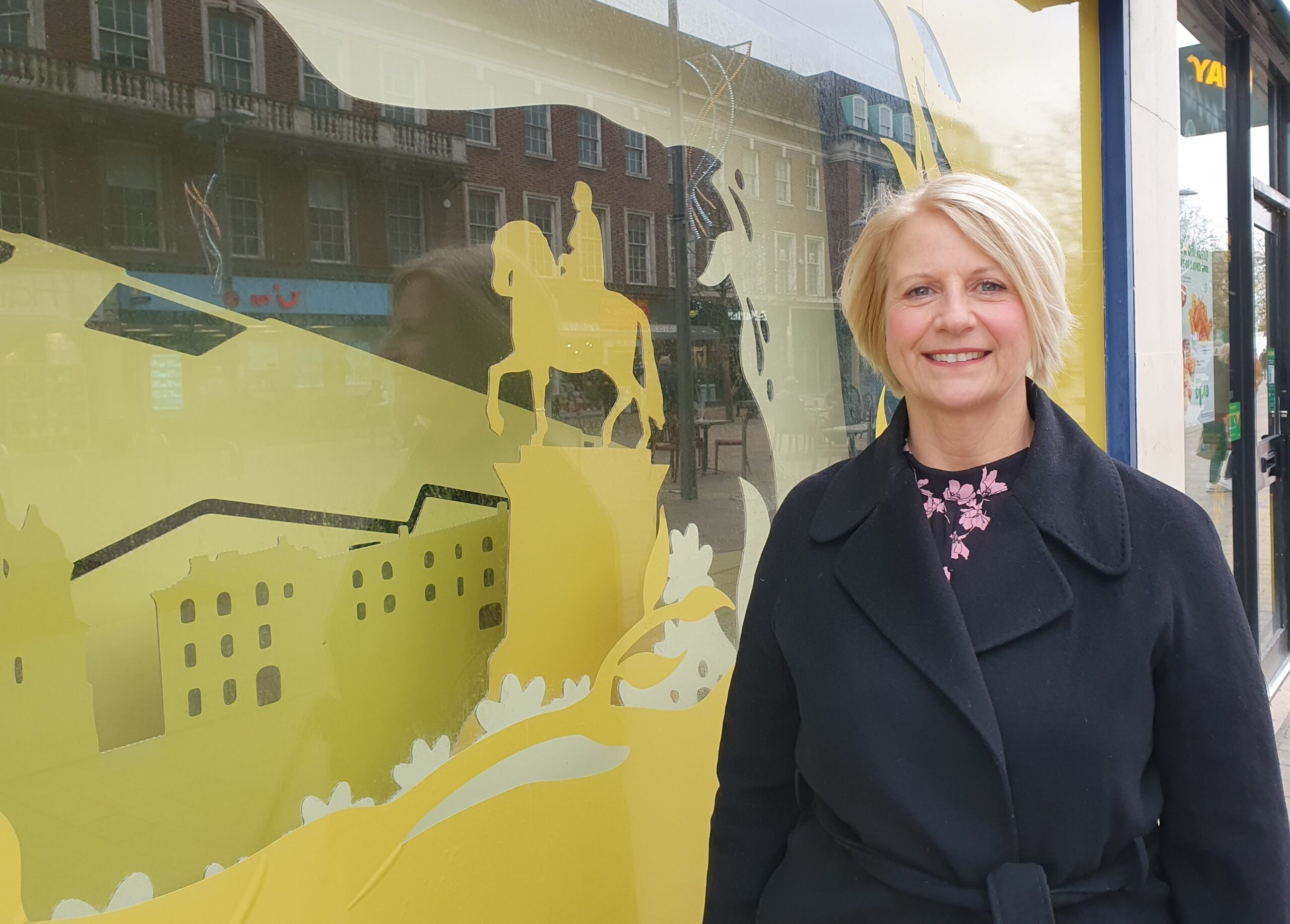 King Billy has joined King Edward and the creatures of the deep have surfaced in Whitefriargate as part of a new trail designed to entice more people into Hull city centre.

The joint initiative by HullBID and Visit Hull is breathing new life into vacant retail units in the run-up to Christmas, with five windows decorated already and seven more to be transformed early in 2022.

Kathryn Shillito (above), HullBID executive director, said: “Empty units are a fact of life in towns and city centres nationwide and we wanted to brighten them up in our city centre with designs that people would want to see and photograph.

“Together with Visit Hull we’ve commissioned a Hull-based creative agency and they’ve come up with the ideas, the designs and the final installations. The feedback already has been very positive with people welcoming the vibrant colours and the Hullness!

“The designs are eye-catching from the outset and there is also some clever detail in there which will hopefully encourage people to take a closer look and set out to explore the others. We’re looking forward to seeing the new ideas next year and we’re confident they will attract more people, building footfall for city centre businesses.”

Drunk Animal, based in York Street, Hull, created the designs which feature a winter scene in Carr Lane, King Billy, the Deep and the Maritime Museum in King Edward Street and a further three designs in Whitefriargate – George and the dragon, a whale and towering skyscrapers.

Calvin Innes, creative director and CEO of Drunk Animal, said: “HullBID approached us to come up with an idea to brighten up the empty units and we looked at a few different options that would make as much impact as possible.

“In the past people have put photographs in the windows but we wanted to come up with something a bit more fun, with some local landmarks and some fantasy. We were given an open brief and we always like that because we can be as creative as we want.

“Logistically it was a bit of a challenge because every unit is totally different so it was fun working that out, but it’s a good project which gave us a lot of freedom. There will be 12 in total and the rest will be installed early in 2022 to make a fun and interesting city centre trail.”

Councillor Daren Hale, leader of Hull City Council, said: “These installations will animate the city centre at the most important time of the year for businesses. The retail sector has not had the easiest of time of late, but we will always do all we can to support the sector and our high streets.

“Despite national struggles, the future of Hull’s city centre continues to be positive with various ongoing investment and regeneration – most notably recently with the opening of the fantastic Hammonds of Hull. With huge investment also set to regenerate Whitefriargate and Albion Square, it is truly an exciting time for Hull.”