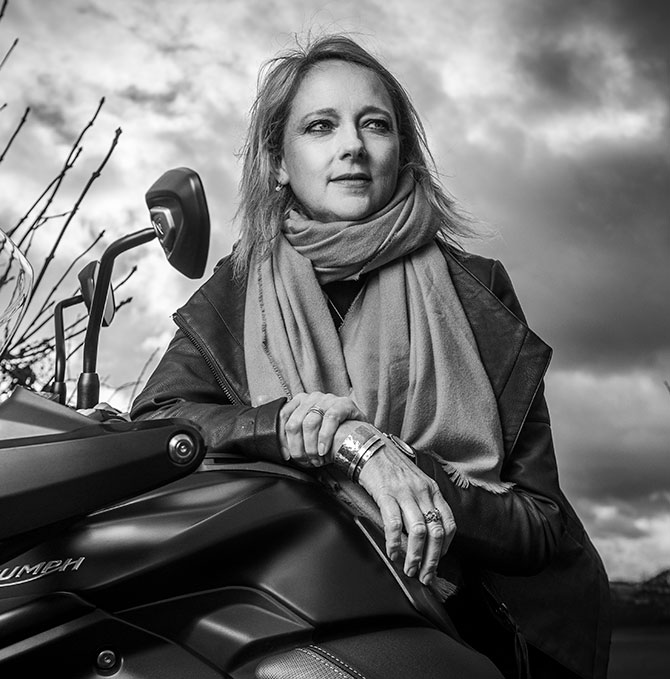 There’s an inspiring quote from Mark Twain that sums up Liz Gait’s approach to work and to life in general….

“The two most important days in your life are the day you are born and the day you find out why,” wrote the creator of Tom Sawyer and Huckleberry Finn. The maxim from the man once described as the father of American literature is well over 100 years old but Liz swears by its timeless sentiment.

It’s fair to suggest that Liz long ago found out her vocation in life, a la Mark Twain. “I do not feel like I am doing a day’s work ever, that is the key to an entrepreneur. If you find out what your purpose is, you love what you are doing.

“If you want to go out and make lots of money that is not a purpose. A lot of people could be happier if they were doing a job they love to do.

“I am still doing what I love to do, I have stuck to my purpose. I feel just as fulfilled as I was 12 months ago…..it has got nothing to do with salary, I am happy because I love doing what I am doing. When it is right, it is fabulous.”

Ask Liz to describe her vocational role and she comes up with ‘inspirational leadership coach.’ She is a one-woman band running EG people development, a Worcestershire-based motivator and life coach whose website proclaims: “My overarching purpose is to energise and enthuse others so that they may realise their potential and opportunity for personal growth.”

And while post-war generations brought up on a diet of the stiff upper lip and ‘keep calm and carry on’ may still occasionally shrink from notions of psychometric profiles, it’s clear from talking to Liz that there’s far more to her CV than website soundbites.

This is a woman with an impressive 30-year plus working background across a variety of roles, from initially learning the HR ropes at Heathrow Airport to administrative and HR work with the National Rivers Authority through to helping redundant NatWest bank employees, ex-prisoners and subsequent lengthy spells in local government with Malvern Hills District Council and Worcestershire County Council.

Today she is out of the corporate hierarchy and in charge of her own destiny as the brains behind EG people development, helping a range of clients fulfil their own potential with personalised advice and guidance. It’s been a varied and challenging journey with plenty of twists and turns along the way for the woman who grew up in Maidenhead nursing greater ambitions than a life of commuting to London.

“I love London but I never had the inclination to stay at home and commute. I came up to Birmingham University in 1987 to study music. My father was a senior manager with British Airways at Heathrow and I worked there in HR in university holidays.

“I loved it there – Concorde was around at the time and I remember being on the phone and seeing it fly over. I knew I didn’t want to be a professional musician – you need to live in big cities like London, Manchester or Birmingham.

“I recognised that (HR) was a people-based job and that it was quite hard for women to get on in big companies. In HR I came across inspirational females, and I thought I could do that.

“It was spreadsheets and paperwork, which was rather boring but later on, I got involved in training for HR and payroll systems. That was even more people-based. I thought, I could do this.”

After completing her music degree at Birmingham University, Liz strengthened her bonds with the Second City by enrolling for a Master’s at Aston University.

“I loved Birmingham, it was a real cultural capital. You had the CBSO, they still had traffic going down New Street.”

The music student who admits she felt more in tune with the world of training and workplace development was gradually finding her true vocation. She initially worked in HR and admin with the National Rivers Authority at Solihull, leaving in 1991-92 to work with a career service group based at a Birmingham city centre branch of NatWest, helping redundant bank employees get back on their feet.

The role gave her an insight into the anger and frustrations felt by many workers who had suddenly found themselves deprived of their livelihoods. “Some of them had been called into a meeting room, handed a brown envelope containing a redundancy letter – some of those people had worked at the bank for a long time.

“I was thrown into training, how to write a good CV, how to tackle the employment market. Some of them retrained as teachers, or nursing or working at a building society. That was for a year in 1993 and then I got a job at Hereford and Worcester Probation Service as an Education, Training and Employment Adviser.

“I was helping people who had come out of prison, people on licence or with probation orders to give them an alternative to a life of crime. There were some people who went back to college, some who got jobs.

“There was one man who had been involved in a fight and was jailed for manslaughter, he was a very talented person who was a very good carpenter. He got my support and he went on to set up as a carpenter. I helped them with their own CVs, because they didn’t have access to word processors, computers or typing.

“I taught them how to conduct themselves in interviews, how to project themselves. For some of them, a life of crime was all they had ever known. I worked with a really broad range of people, including highly educated graduates with good degrees. But there were some really sad cases in terms of deprivation, I had a few clients who died or took overdoses or got involved in scraps.”

The Hereford-based job gave Liz compelling insights into the effects of discrimination on some of her clients. “Quite a few people (potential employers) would say ‘we are not really interested if they have a criminal conviction.’”

After a couple of years with the Probation Service she moved to Malvern Hills District Council, working as a Personnel and Training Officer. “I wanted to get back into training in the HR field. I loved it, I was training everyone from planning officers to sewage engineers, a really broad spectrum of individuals.”

Liz stayed with the Malvern authority for 10 years, eventually taking on additional freelance work – “I didn’t want to chuck all my eggs into one basket” – working with the disabled, including profoundly deaf people.

“It goes back to some of my views about fairness and equality, and people who overcome personal difficulties to enable them to do what they love.”

From 2005 she worked with Worcestershire County Council as a Management Development Adviser, gaining further insights into the nature of the workplace after the banking bailouts in the aftermath of the US sub-prime mortgage crisis ushered in a new era of austerity for local government.

“I have met some really inspiring people in local authorities. You have to be really creative and innovative – it is also about how you spend money. There were some managers who were completely worn out by the austerity measures.”

Encouraged by her freelance activities, Liz eventually took the plunge to go solo from April 2018. “I was ready for a new challenge. I knew that I wanted to focus on training and coaching.

“It got to the point where I couldn’t fit everything in. The business was already there, I decided to plough into it full-time.

She imparts those secrets to both individuals one on one and to groups, with 90 per cent of her activity dedicated to a range of organisations, working from her rural bolthole shared with partner, company boss Mike Boxall, at the foot of the Malvern Hills.

“The five key elements to a working life are self-worth, adventure, creativity, fun and freedom.” But, as anybody who has spent their lives at the corporate grindstone, fun, freedom and adventure are not necessarily staples of too many workplaces.

Or as Liz asserts: “If you are just ruthless, you get people living in fear, stifling creativity. If you want to rule by fear, you do not trust people, you do not give them freedom. If you are a horrible, nasty person, you are not going to inspire people.

“I would rather work in a place where I am creative and innovative, not afraid to do things….there are  more people who rule by fear than we like to think.

“When you talk about a corporate culture, that is established through a set of behaviours, and those behaviours start with the person at the top.”

She cites the likes of Martin Luther King and Ghandi as role models. “When King declared ‘ I have a dream’ he had a vision, an outcome that he wanted to achieve. People like Ghandi didn’t feel the need to shout and scream.”

Ask her for her ideal dinner party guests (dead or alive) and there would be some exalted company enjoying those views of the Malvern Hills, with Barack and Michelle Obama, Nelson Mandela, Martin Luther King, Oprah Winfrey and motivational speaker/author Simon Sinek all on the list.

Liz’s illustrious dinner party guests may all have followed their own muse to varying degrees to achieve their goals but that doesn’t necessarily apply to the rest of humanity.

“A good proportion  of people spend their lives in the wrong job, people who had just seen pound signs or just because their parents used to do it.

Happily for Liz, she seems to be one of those individuals who knows exactly what she is searching for. “I had my best year last year, it has grown. I do not worry about the competition, I just keep focusing on doing what I love doing.”