Leafing through the laughs and lessons of ‘Half a Lettuce’ 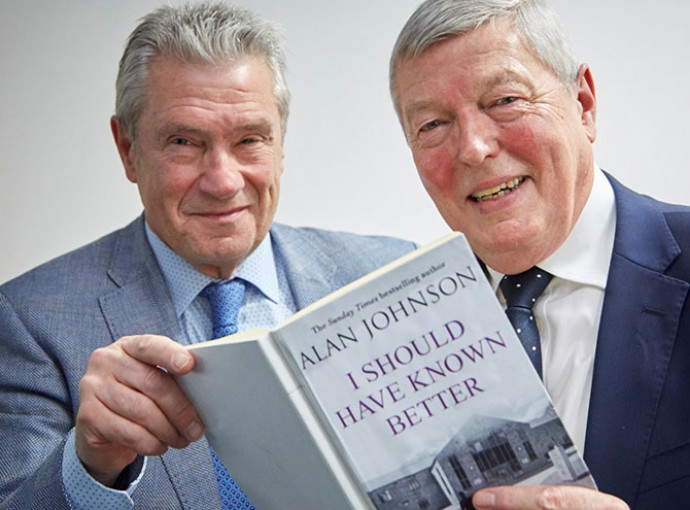 Money, profile, setting the record straight. Possibly the three main reasons why someone would commit to the huge task of writing a book, and none of which is important to Paul Sewell.
The chairman of one of the region’s most successful businesses, using any measurement you care to adopt, is donating all proceeds from Half a Lettuce to charity. He’s already very well known locally, regionally and nationally and he’s never been big on explaining – or apologising for – his actions.
But some people write books because they want to, it’s been suggested to them or they have the ability. All of those apply here, although the author admits to having his doubts about that last point.
Anyone who knows anything about Paul Sewell knows that he views every day as a learning opportunity. That attribute shines through in a story that is part memoir, part business book, from learning how to seal a deal by watching his father squeeze the price of oranges at Hull fruit market to taking inspiration and insight from a speech by Rudolph Giuliani, then mayor of New York, at the Yorkshire International Business Convention in Harrogate.
Paul is also an advocate of the policy of surrounding yourself with people who can do the things you can’t. He’s become close friends with Alan Johnson, the former MP for Hull West and Hessle who held many roles in government and opposition before becoming a bestselling author.
Alan has supported Paul with this project but is eager to emphasise the limits to his involvement. There is evidence that the author of Half a Lettuce has been influenced by the style and attention to detail in four acclaimed memoirs by the man he calls “the master”, but the ideas, words and structure here are all Paul Sewell’s.
The politician-turned-author is sincere and correct in his message on the front cover: “Few people have lived a life as interesting and varied as Paul Sewell and even fewer would be able to write about it with such warmth and wit.”
Expanding on his opinion as the book came out, he added: “From its vivid description of Hull’s fruit market in the 1950s to the way it illustrates the rise of the Sewell Group to be one of the Sunday Times top companies in Britain, this is a fascinating story, beautifully told.
“It shows how a secondary modern boy from a tough East Riding family overcame every setback to become an inspiring leader determined to nurture success in others.”
As someone who has been writing about business and many other subjects for more than 40 years, I sense the authenticity of anecdotes and episodes that combine the language of the street, the fruit market, the football pitch and the various levels of the corporate world. They also display an honesty that might surprise many readers and a directness that shouldn’t surprise any.
There’s arrogance aplenty, but primarily in asserting a football talent that went unfulfilled. Perhaps perversely, there’s also acknowledgment of bouts of “imposter syndrome”, with Paul on occasions trying to persuade himself that he’s worth his place at the tables of high achievers.
He revealed: “I think there must be some sort of psychological need in me to prove myself; to tell the world that I’m worth something. I’ve obviously never had the belief and self-confidence to know that and feel it within.”
Criticism, usually measured, is handed out – and also received and acknowledged – where it’s due, usually around mischief and a few misdeeds. A memoir wouldn’t be much of a read if it only ever patted people on the back, and this one offers the confession: “Sometimes I do think that I’m not a very good mate.”
Above all, Half a Lettuce is fun and it’s full of insight. There’s an abundance of human comedy and tragedy – the original lettuce story from York market, the student streak in Roundhay – with quirky social history and local interest bits in between to make it a thoroughly entertaining read.
On remembering his early years – and his first dog – when stepping up to receive his OBE: “I wish I’d asked Prince Charles what it was like being brought up with corgi dogs, what colour their lino was and whether he’d ever had a good hiding from the monarch.”
But it’s also a serious business book, and one that probably have been snapped up quickly if the lockdown hadn’t put paid to the planned launch event – as support at one of Alan’s literary gigs – and to a summer of the usual round of networking events.
Countless established and aspirational leaders of businesses of all sizes will tell you of the benefits accrued from spending time with a man whose business now employs about 500 people and has a turnover of £100 million.
They’ll have received such choice advice as:
“It only takes one person to believe in you to start a turnaround.”
“Good entrepreneurial biz people fail quick and move on.”
“Never underestimate the ability of the young to deliver when given the chance.”
In his personal and professional life, Paul Sewell has demonstrated a curiosity linked to razor-sharp powers of observation and a determination to develop business as a force for good.
He earns an endorsement here from Justine Greening, the former MP and education secretary, in her capacity as founder of the Social Mobility Pledge, for acting on his insistence that: “Talent is equally spread among our population but, tragically, opportunity is not.”
All the elements are brought to life by an approach to storytelling that displays a real deftness to go with occasional daftness. Half a Lettuce is a compelling read, one that makes it easy to laugh and to learn.
You won’t find it online or in any bookshops, but you can request a copy from Sewell Group by dropping an email to [email protected]
There is no cover price, but donations are encouraged to the Hull Animal Welfare Trust.