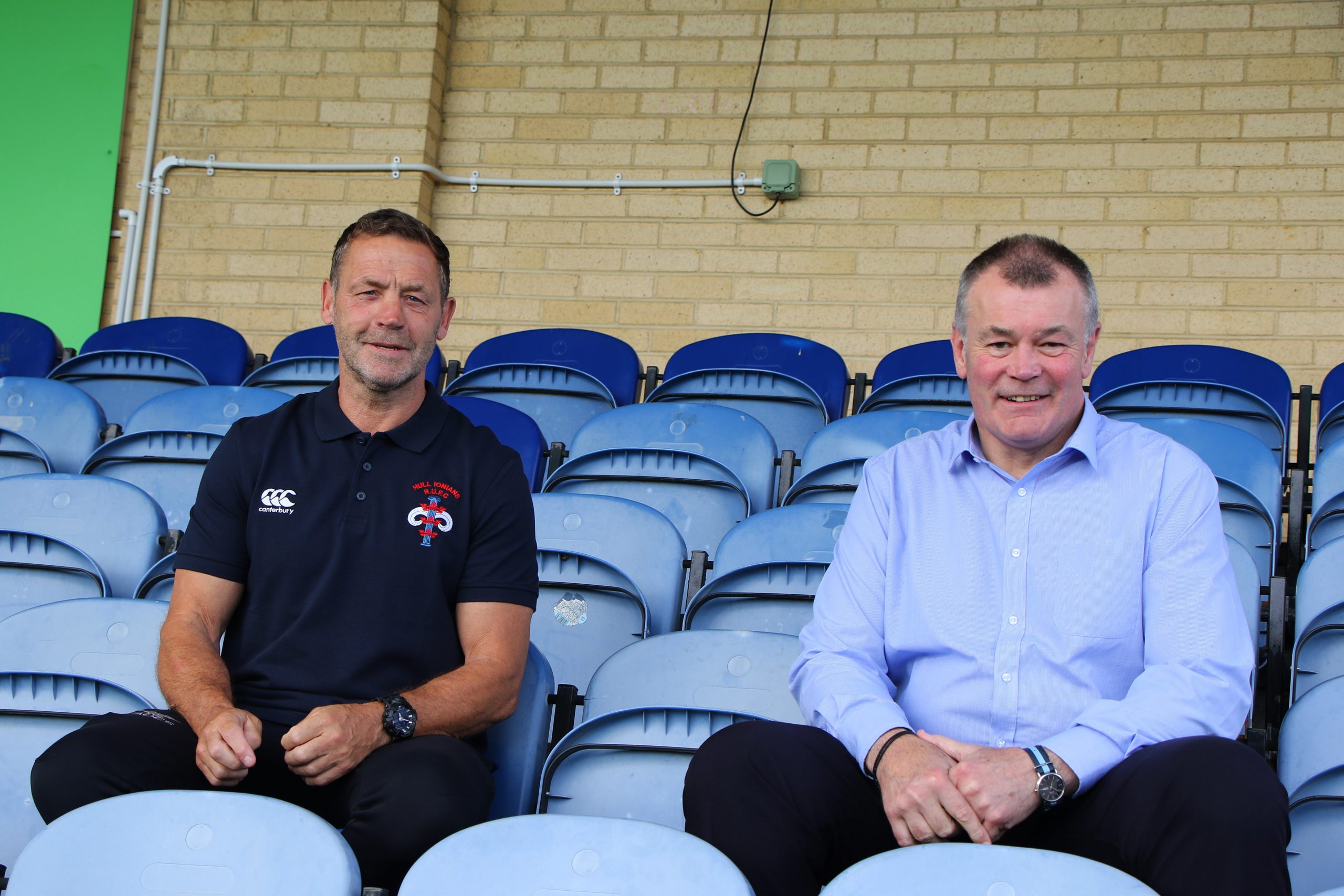 East Yorkshire’s leading rugby union club has thanked sponsors who have stepped up to develop the game across the region by helping to fund the appointment of a key figure who will combine duties as head coach with a programme designed to help young players at schools and other clubs.

As head of rugby at Hull Ionians, Graham Steadman brings rugby league experience that includes more than 200 appearances for Castleford and a rugby union CV that takes in the Ireland and Scotland national sides as well as Newcastle Falcons, Cardiff Blues and London Scottish.

His priority will be to guide the first team back to National League 1 but he is also charged with filling some of the rugby development gaps created by cuts at the Rugby Football Union.

Steve Townend, chairman of Hull Ionians, said: “The RFU’s cost-cutting has seen the removal of rugby development officers and we have always regarded ourselves as a community club so I came up with a job description  for a head of rugby, which is head coach and rugby development.

“We talked about changing the mindset and finding someone who could also work on development with our own players and coaches and across the community with other clubs and with schools.

“We put together a package and we are grateful to some of our long-established sponsors who are helping us to fund it. They are particularly interested in the fact that Graham is also taking on the development role to try and improve the game across our region and offer more opportunities for boys and girls who want to play rugby.

“We are already talking about offering specialist coaching clinics and helping coaches at other clubs, where we have some good links.”

Graham’s three-month term as defensive coach helped improve Hull Ionians at the end of the 2019–2020 season but came too late to prevent relegation from National League 1. He is now preparing the team for a National League 2 season which will bring a local derby against Hull as well as clashes against rivals from across Yorkshire.

Graham (pictured above, in the black shirt, with Steve Townend) said: “The priority here is the senior team. From my experience during my previous short spell here one thing is evident – there is a lot of spirit and passion within this club and the attitude is spot-on, hence the improvements they made before.

“There are some additions to be made and there will be fresh faces added to the present squad but on the evidence I have seen in two training sessions there is the ability there for us to be competitive in this league. I have told the players I will make them better if I get total buy-in from them.

“When you look at the facilities they are without question the best in the competition and we have aspirations to get back to the next tier.”

On the development role, Graham added: “You have only got to look at the number of clubs in the East Riding. It’s exciting to think about the opportunities out there to help people step up to the next level and develop not only as players but also as people.

“I have always wanted to put something back into the youth level and teach them good habits from the outset. In addition the junior section has more than 300 members. It’s testament to the people running that section that these kids will be so keen and I am certainly looking forward to being a part of that.”