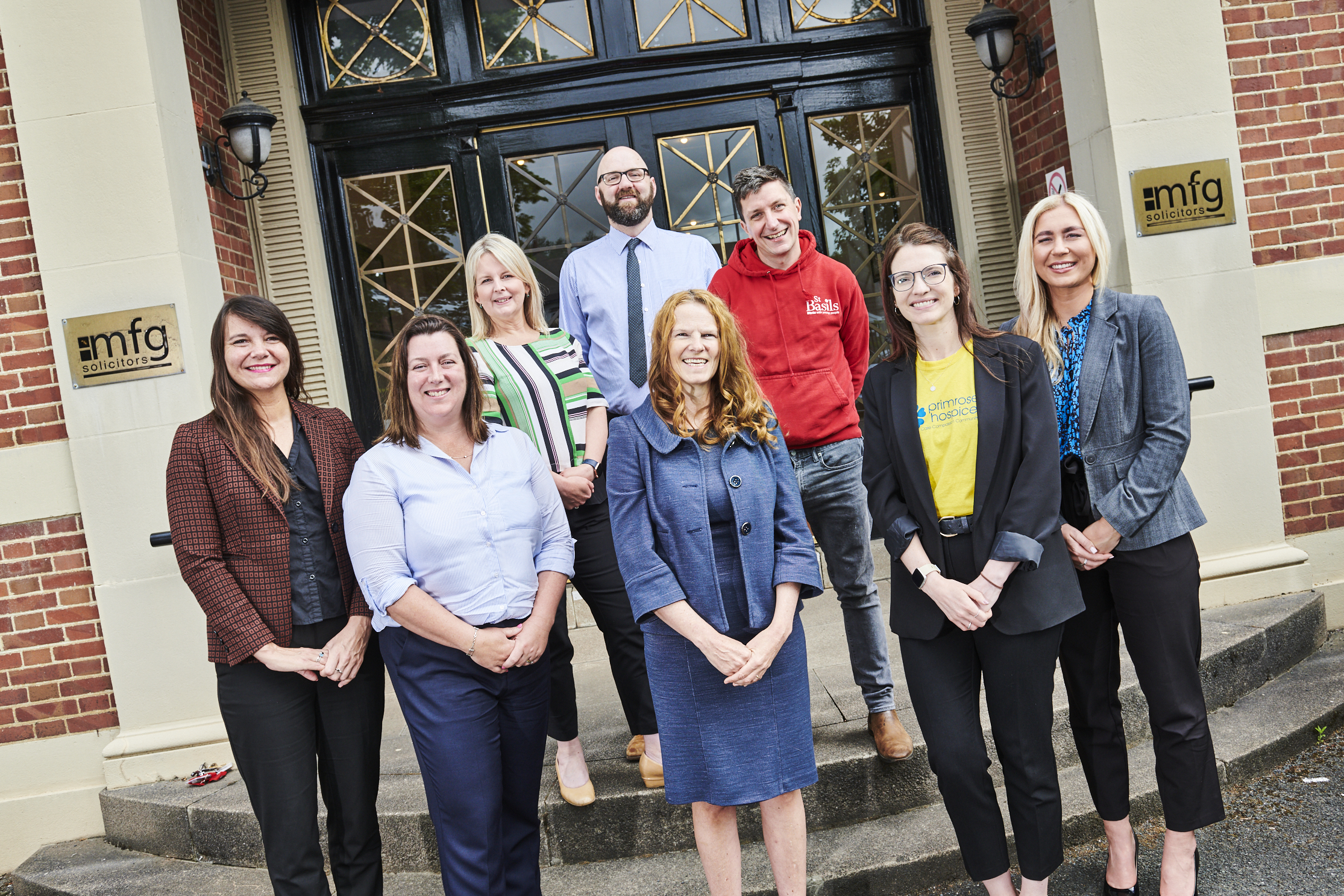 A Midlands law firm has raised almost £8,000 for several charities across the region in the past 12 months.

mfg Solicitors, which has offices across Worcestershire, Shropshire and Birmingham, asks each of its six offices to choose a local good cause to support each year – with almost £8,000 being donated in the past year through fundraising events such as theme days, sponsored runs and dress down days.

The firm’s Ludlow and Telford offices both supported Shropshire Mental Health Support as its chosen charity and have announced they will continue raising money until 2023.

So far, the team have raised £2,805 through a popular wine and Pimm’s event, a Christmas hamper raffle, and a sponsored walk from Titterstone Clee in Ludlow for eight miles down the Shropshire Way.

Meanwhile, the firm’s Kidderminster office chose St Basil’s Wyre Forest, which helps rehome young homeless people. The team raised £2,000 through completing 10,318 minutes of activity in the Road to Commonwealth, which is a minute for every mile between host cities of the games in Australia and Birmingham this summer.

There was also a Valentine’s raffle and quiz, an Easter egg decorating competition, and a silent auction, while the team also braved the St Basil’s Big Birmingham Sleep Out as well as having regular cake sales and theme days.

The mfg team in Birmingham also raised money for St Basil’s by raising £102 for the Birmingham branch of the charity through jointly hosting a business lunch with AMROS and taking part in the London Legal Walk.

The Worcester office chose West Midlands Air Ambulance as its charity and through a Wear it Red Day, Valentines raffle and book sale, raised £632 for the helicopter service which helps save hundreds of lives each year.

Lastly, mfg’s Bromsgrove office selected Primrose Hospice to benefit from its fundraising activity and will continue the partnership into next year. Through its popular Primrose Day and Yellow Raffle, as well as organising a knockout netball tournament supported by local businesses, a total of £2,010 was raised.

Kirsten Bridgewater, partner and chairman of the CSR committee at mfg Solicitors, said: “It is fantastic to see so many people getting involved in fundraising events over the past year and there always seems to be something positive going on in our offices.

“Whether it be pushing themselves physically, or dressing up, our staff always want to get involved.

“The partnerships we build with our various charities are very important to us as a business and on a personal level and I am looking forward to seeing what fundraising events will be on the calendar next.

“We are delighted to have raised so much this year and know it will be put to good use by each charity.”