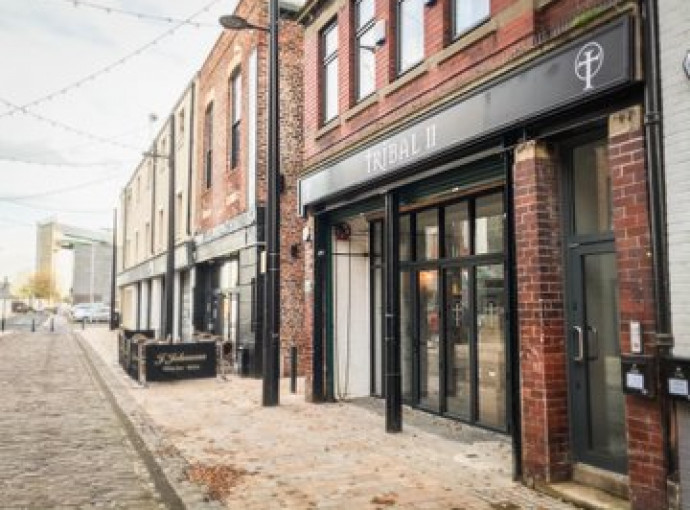 Tribal Two has been designed to appeal to local office workers as well as residents living in the former fruit market area.
It follows the success of the popular Tribal Sports Bar and Grill which opened in Kingswood a year ago.
Like the original, Tribal Two offers classic fresh food such as steaks, wings and nachos.
There are also indulgent combinations to try, including loaded fries topped with peanut butter and chilli jam and burgers served on waffles instead of buns.
Tribal is a joint venture by Hull FC owner Adam Pearson and Hull KR’s Neil Hudgell and will be officially opened on Wednesday, December 4.
Mr Pearson said: “We felt there was an opportunity to offer a new and different venue for people in the Humber Street area.
“It has a relaxed atmosphere and it’s in a great part of town so we look forward to welcoming people to the city’s newest venue.”
Tribal Two is close to the Hull office of Mr Hudgell’s law firm, Hudgell Solicitors, and where new housing and workplaces are currently being developed.
“We have seen Humber Street develop over the last few years and we’re delighted to be part of the thriving community that continues to grow here,” said Mr Hudgell.
“We believe Tribal Two will attract people who live and work in the area, whether for a business meeting at lunchtime or a drink and something to eat with colleagues or friends.”
In addition to the weekday menu, Tribal Two offers special Sunday lunch options which have a festive theme in the run-up to Christmas. It includes pulled pork stuffing balls, a festive turkey dog and a yule log served with ice cream.
Tribal Two opened for business on Friday, November 15. An official invite-only opening party will take place on December 4 from 6pm to 8pm.