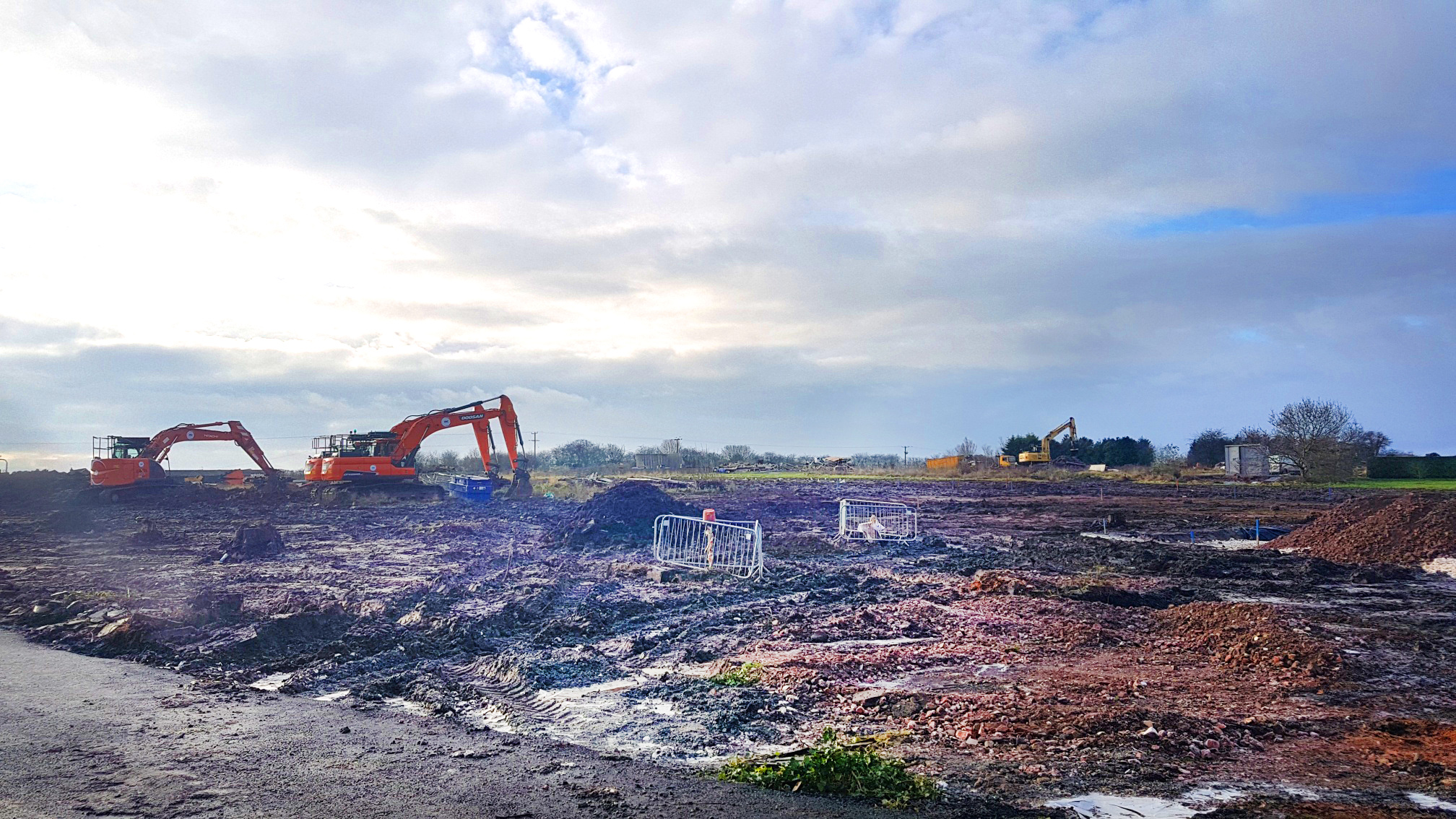 A deal between four separate landowners and developers has been agreed to pave the way for more than four hectares of land to be transformed into a new residential development in East Yorkshire.

The 12.16 acres (4.92 hectares) of land off Great Gutter Lane (West), Willerby, has now been purchased by Beal Homes, where it is to develop its new West Hill II development.

Planning approval was granted by East Riding Council for the scheme back in the spring, but the conclusion of a suitable deal between the company and four separate landowners remained key to it being able to press ahead.

That deal has now completed after months of negotiations, and Paul White (left), director of Hull-based chartered surveyors Garness Jones, says it resulted in “excellent business all round”, having acted on behalf of three of the four landowners.

“This has been a very complicated matter to resolve given the number of parties involved, including four separate land owners of the total 12.16 acres,” he said.

“We are delighted to see a deal now concluded which has proved excellent business all round, firstly for the vendors who we were instructed by, but also of course for Beal Homes which can now push on with another exciting housing development.”

Three of the four landowners turned to Garness Jones for its expertise in handling the sale of the land, given the firm’s experience of seeing through similar deals in which sizeable plots have been sold for transformation into residential developments.

In recent years these have included the sale of 13.47 acres at Boothferry Road/Swanland Road, Hessle, 6.43 acres at the former East Riding College site in Gallows Lane, Beverley, a four-acre site at Swanland Nurseries Garden Centre and a 2.6 acres site in Park Lane, Cottingham.

“Beal Homes already had an option agreement in place with the landowners and had been working on this deal for several years, but it was a complicated situation and the landowners came to us for advice,” Mr White added.

“Our role was to determine the value of the land and negotiate between a number of parties, including providing advice relating to a strip of land which provides direct access to the new site.

“We have a track record for negotiating on matters like this and assessing the market value of large plots of land for residential developments and we utilised our skills to assist and provide professional, expert advice which was essential in progressing the deal.

“These deals are typically complicated given the number of parties involved and also the many variables to consider, such as a fluctuating housing market and of course the uncertain economic picture at present.

“Without doubt this is an excellent site for Beal Homes to have acquired to add to their portfolio of residential developments and I am sure it will be a much sought-after site for homeowners and another big success, as was the first phase.”

The West Hill II Kirk Ella development will include more than 100 properties, including three, four and five-bedroomed homes, as well as 31 affordable housing properties. Prices range from £225,995 to £569,995.

It follows on from Beal’s first phase of the West Hill development in Willerby, which saw 130 new homes built.