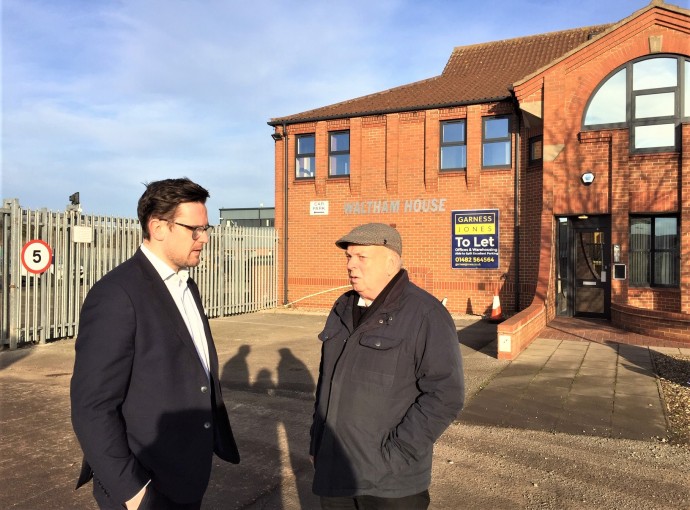 Industrial and leisure
options have been added to the mix for the renovation of a landmark company
headquarters built in Beverley more than 30 years ago.

Work will start soon on
converting offices at Waltham House into three industrial units, with agents
Garness Jones reporting strong interest in the riverside site because of its
location, flexibility and substantial car park.

Charles Parkinson, agency surveyor at Garness Jones, said the firm also hopes to release details in the coming weeks of a deal to lease two floors in another part of the building to a business operating in the leisure sector.

He said: “Waltham House was purpose-built in the 1980s by Kingstown Photocodes, which became well known as KTP. It’s a very solid building and was used for offices and warehousing, but it is now being redeveloped for a wider market and is attracting a lot of interest.

“Some of the offices
are already occupied and we are in discussions with businesses working in the
leisure sector, manufacturing kitchen worktops and online retail.”

KTP was a pioneer of barcode technology and built a strong reputation internationally before being sold to US-based Trenstar in 2001. Entrepreneur Tony Gartland was involved with Hull-based Neville Tucker, who fitted the building’s heating system. He remains a director of Neville Tucker Services, which became independent in 2011.

Tony said: “I liked
Waltham House from the first time I saw it and I bought it because it has always
been a really prestigious site and we think it will appeal to a wide range of
businesses.

“Over the years KTP
added a second office building and then a warehouse with offices, and
everything is in really good condition. There are small and large office suites
with all sorts of configurations – even a conference room which could probably
accommodate 100 people.

“One of the most
striking features was the barcode design on the staircase. Another occupier
painted it all grey so one of the first things we did was return it to barcode black
and white. Now we’re embarking on the conversion of some of the offices to
create three industrial units, and we’re talking to prospective tenants to make
sure we meet their precise requirements.”

The new units will each offer about 2,800 square feet of industrial space and can be adapted. The rest of the site comprises nearly 15,000 square feet across two floors as well as parking spaces for about 80 cars.

Charles said: “The
location, the quality of the building and the flexibility of the layout and
design all add up to a great opportunity for businesses in any sector, and that’s
being reflected in the enquiries that we’ve received.

“We hope to confirm a
deal very soon with a leisure operator who intends to occupy two floors and we
are in discussions with businesses in other sectors who are interested because
there is a shortage of good industrial space. Last year a global,
household-name business took a short-term lease while it was working on a project
in the area, and that gives an idea of the potential.”