King Kong to return to Birmingham in time for Commonwealth Games 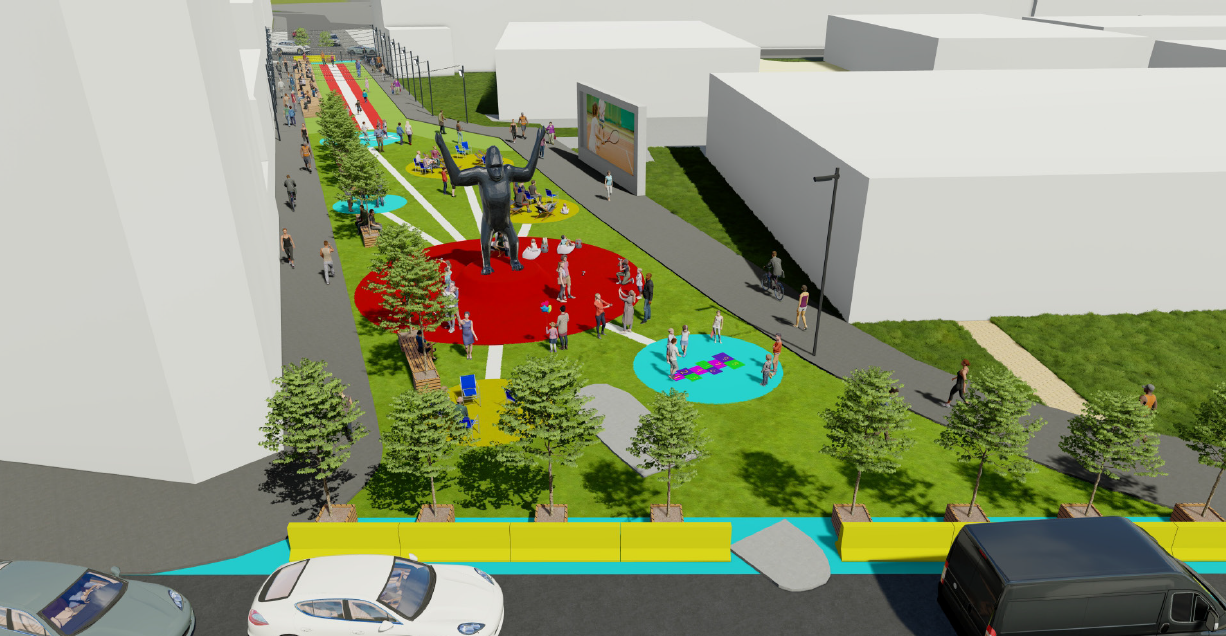 Birmingham’s King Kong is coming home this summer to celebrate the city being the host of the 2022 Commonwealth Games.

Heralded by Birmingham-based property developer Cordia Blackswan, the company has worked closely alongside Nicholas Monro (the original sculptor) and family, particularly his son, Joe and his daughter, Maude, to bring a new and improved King Kong back to the city in a pop-up park – King Kong Park at Great Hampton Row.

The festival-style park will bring together the local community, visitors, athletes, and tourists in a celebration of the city. Working together with local artists, one of Birmingham’s biggest independent food operators and event organisers, the park will host live music, sport events and street food and drink suppliers in the run up to and during the Games.

A 7m King Kong sculpture created by Gloucestershire-based RoboCarv will form the centrepiece of the park, and Commonwealth Games events will be live-streamed on a big screen. The park will also have a running track – ideal for organised sports and fitness classes.

Marcus Hawley, managing director at Cordia Blackswan, said: “Birmingham holds a very special place for us as a developer, and we are committed to supporting the city in realising its ambitions to be a world-class destination. The Commonwealth Games presents the perfect opportunity to bring King Kong home, with Birmingham on the global stage.

“For those of us that remember the original Kong, it’s time to celebrate the 50th anniversary of his first visit to the city. While it’s an honour to bring a piece of Birmingham’s history back to life, we hope people will ‘go ape’ over the park we’re creating, bringing the community spirit back to Great Hampton Row.”

King Kong Park will open on July 22, with entertainment running until August 8 from 12pm-11pm each day. The park is free to attend for all.