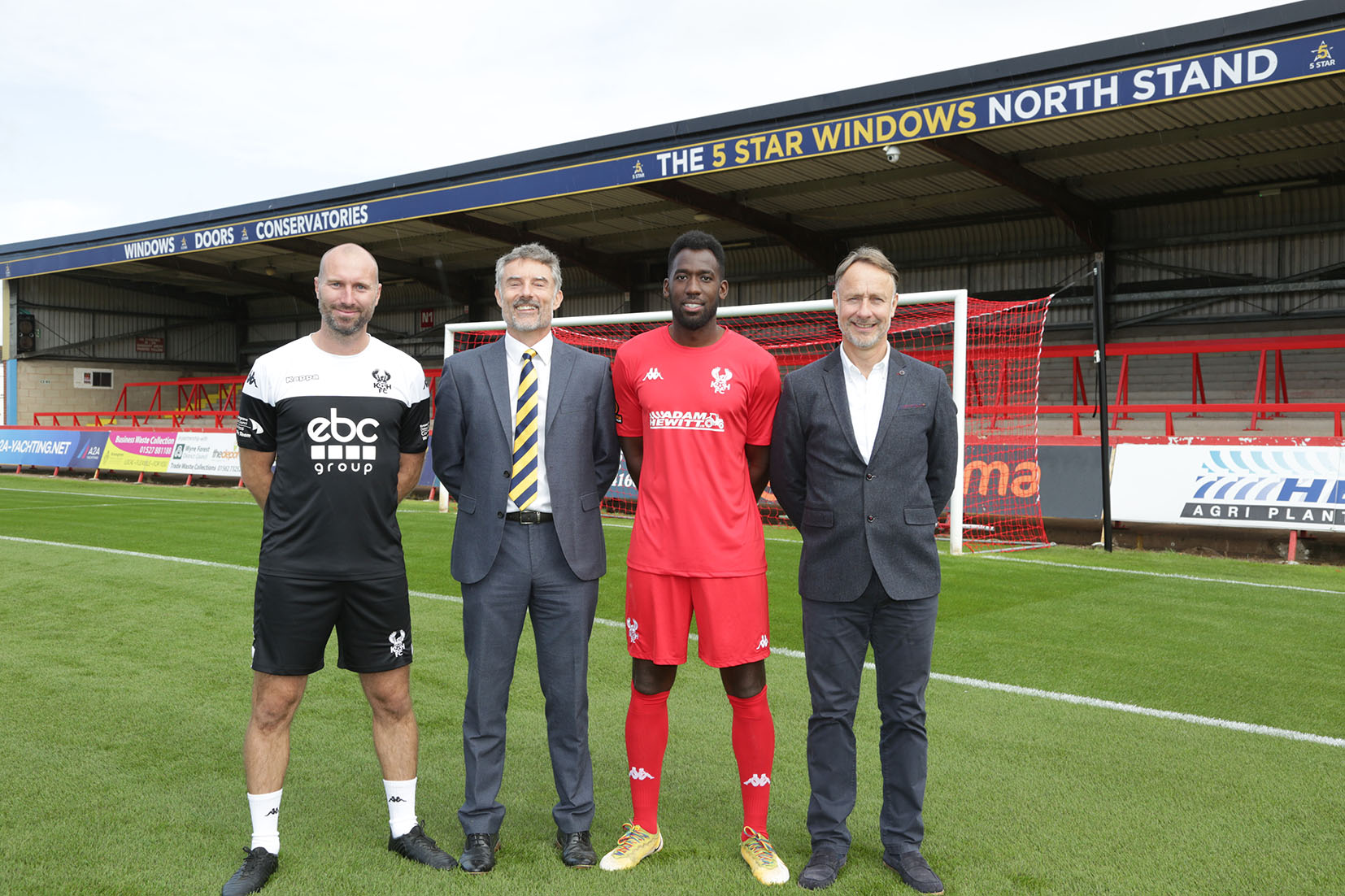 5 Star Windows and Conservatories has agreed a two-year partnership with Kidderminster Harriers, which will see the company become a main sponsor and the sole sponsor of the North Stand at Aggborough Stadium.

The home improvement specialist, which has had its head office and one of its showrooms in Kidderminster for nearly 20 years, made its home debut on Friday evening when a 59-metre sign – spanning the full width of the ‘home end’ – was unveiled for the high-profile 2-2 friendly draw against Premier League runners-up Manchester United.

In addition, the 5 Star brand will be displayed on the sleeves of the first team’s home and away strips during the National League North Season, with the firm also sponsoring forward Amari Morgan-Smith and supporting several other grassroots initiatives with the club.

“We are passionate about Kidderminster, so it made perfect sense for us to back the Harriers as they attempt to return to The Vanarama National League,” said Richard Manser, managing director of 5 Star Windows and Conservatories.

“The town has been our home for 20 years and we are continually exploring ways in which we can support the local community, whilst enhancing our profile as the area’s leading home improvement specialist.

“We’re confident that 2021 will be a successful year for both 5 Star and Kidderminster Harriers and, hopefully, this partnership will help us achieve our respective goals.”

Richard Lane, chairman of Kidderminster Harriers, said: “We have invested heavily in the development of the club both on and off the pitch and, a key part of our strategy, is to build partnerships with local businesses who share our passion for the area.

“5 Star fits this profile perfectly and has made a strong commitment by joining us as a main sponsor. What is really exciting are the conversations we are having with Richard and his team; there’s a real desire to explore new commercial initiatives that will help put the town on the map.”

5 Star Windows and Conservatories has established a strong reputation across Worcestershire and the surrounding counties, having installed more than 30,000 windows and completed over 3,000 conservatories, orangeries and lifestyle extensions during the past two decades.

The company, which offers an industry-leading 20-year guarantee, has secured more than £6 million of sales in the first half of the year and expects this to grow even further with the launch of a third showroom later this year in Hall Green, Birmingham.

As a result of the ongoing expansion, more than 20 jobs have been created since the start of 2021.