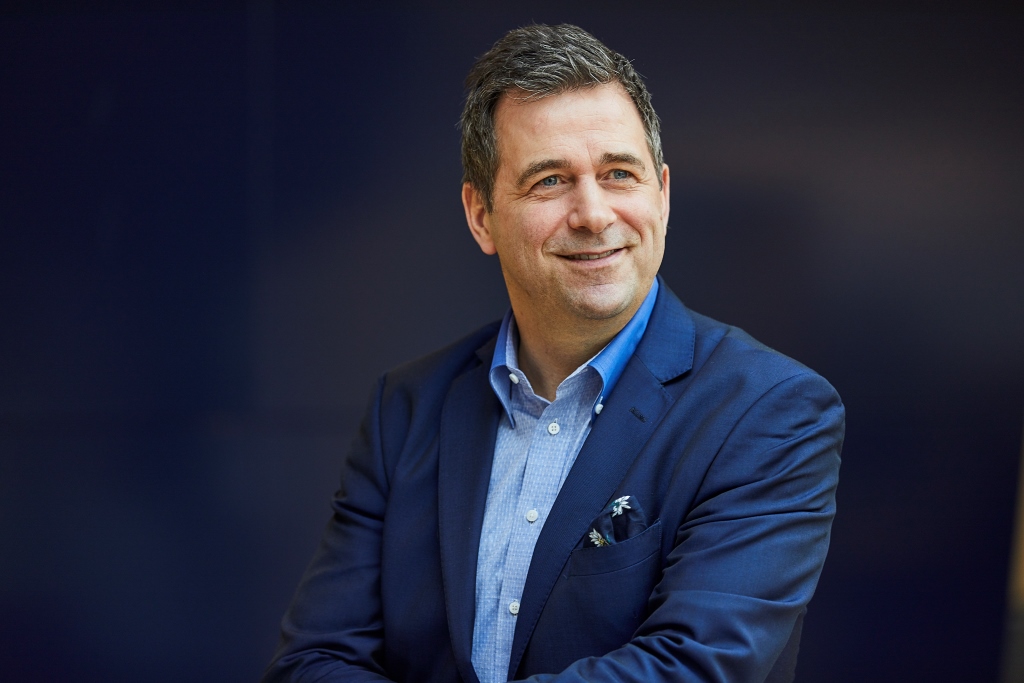 Former Siemens UK chief executive Juergen Maier has been named in the line-up of speakers for the Humber region’s Festival of Green Innovation.

Professor Maier, whose career at Siemens spanned more than three decades, is chairman of the Digital Catapult, co-chairs Made Smarter and serves on the Industrial Strategy Council which advises government on industrial strategy.

Prof Maier, a passionate voice for the modern green re-industrialisation of the North of England, and vice-chairman of the Northern Powerhouse Partnership, has now joined a stellar list of speakers at the Festival of Green Innovation.

Broadcast live from the Aura Innovation Centre (left), funded by the European Regional Development Fund (ERDF) and led by the University of Hull, the festival on Tuesday, March 2, at 1pm will showcase how the Aura and university network of enterprise and innovation brands are supporting low-carbon business innovation, and working with the region’s SMEs to reduce their carbon emissions.

Professor Maier said: “I first of all want to congratulate the team at Aura, and all those supporting the offshore wind and broader green industries, for what you are achieving in the Humber.

“One thing that was always clear to me, was the investment made by Siemens in Hull was to be seen as just the beginning. What needed to happen after that was significant investment, especially in innovation, R&D and digital technologies.

“Let us look at the Humber – today it is recognised as a global centre for offshore, renewable energy. We must now scale up these ecosystems to create the sort of prosperity we have already seen being created in places like the Humber.”

More details on speakers for the Festival of Green Innovation, taking place from 1-2:30pm on March 2, have now been released.

Louise Smith said: “The Humber region has always been a place full of inventors, innovators and experts – breaking boundaries and making an impact on the world.

“The Festival of Green Innovation will celebrate this by looking back at some of the most interesting inventions to come out of the region, and meeting the latest Humber innovators.

“We will also showcase how the team at the Aura Innovation Centre is working with SMEs across both banks of the Humber, to lower their carbon emissions and support the transition to a net-zero economy.

“I would urge anyone interested in finding out how to take your business to the next level, while keeping the environment at the core of your ethos, to join us and be inspired.”

The festival will be split into three sections – the first, titled ‘The Humber breeds innovation,’ will present the region as a hotbed of creative talent, celebrating some of the most interesting inventions to come out of the estuary, and introducing the Humber’s latest low-carbon innovators.

This segment will see contributions from influential regional leaders who will be discussing the Humber’s extraordinary contribution to innovation and the need for concerted action to ensure we thrive and harness the potential of our creativity.

The second segment – ‘SMEs leading the way in low-carbon’ – will put the focus on businesses that have played their part in the drive to net-zero, from a leading caravan manufacturer that has created a safer, carbon-friendly environment for its staff, to SMEs exploring the potential of novel nanofibres.

Rounding off the festival will be ‘How you can get involved,’ including an introduction to the Aura Innovation Centre and how its InventX facilities – ranging from 3D printers to the most powerful microscopes in the region – can help businesses thrive and prosper in a low-carbon future.

Registration for the festival is free, and can be done online. For more information, and to sign up, visit aura-innovation.co.uk/events/festival-of-green-innovation.