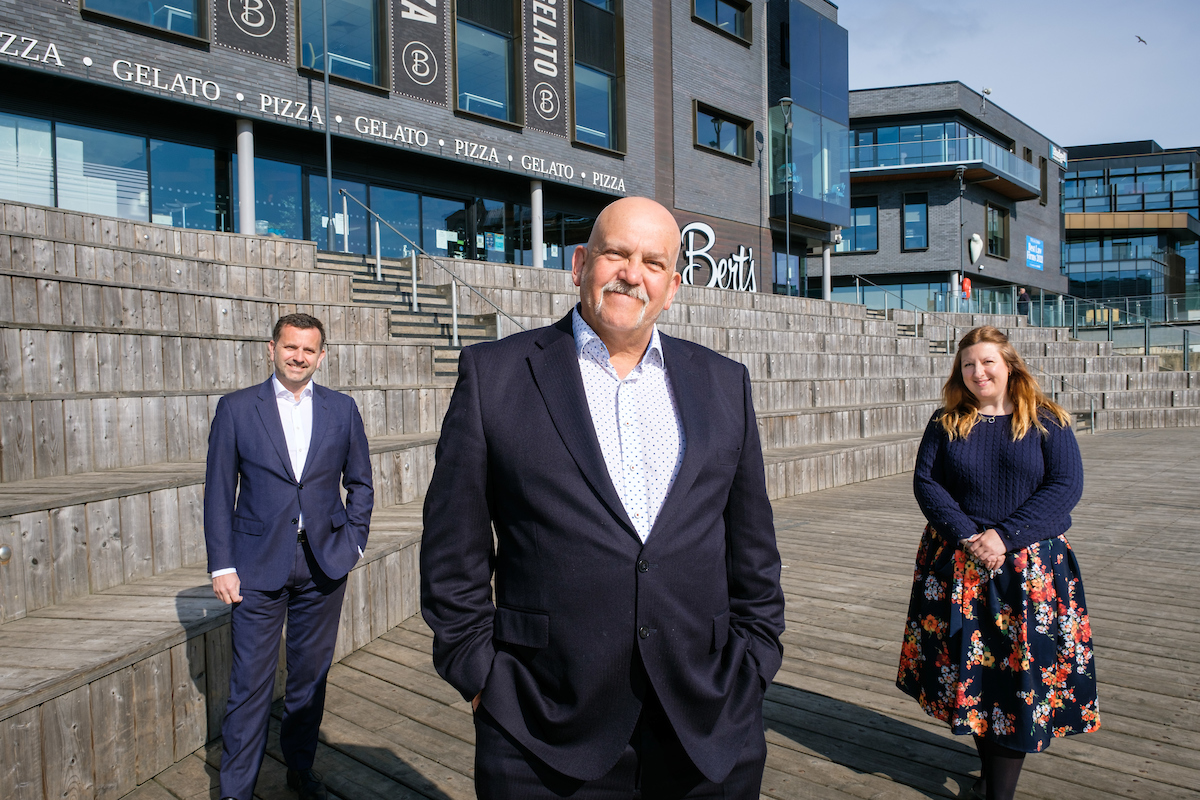 A radical new reworking of Herman Melville’s epic novel, Moby Dick, will be put on at Hull’s Stage @TheDock by The John Godber Company this June.

The production is supported by Wykeland Group, a leading supporter of the arts and culture in the city, and Arts Council England, and sees the return of live performances to the stunning waterside amphitheatre.

Adhering to social distancing rules, with a playing time of 70 minutes and no interval, this fast-paced physical production of one of the greatest adventure stories ever told will be one of the first outdoor theatre events in the UK for over a year due to Covid-19.

The adaptation by playwrights John Godber and Nick Lane will transport audiences from what was Hull’s Central Dry Dock to the deck of Captain Ahab’s ship, the Pequod, in his catastrophic battle with the monster white whale, Moby Dick.

Stage @TheDock, which overlooks The Deep, is the perfect location for this maritime classic, and the production references Hull’s global importance as a port, its former prowess as a whaling centre and contemporary issues of conservation.

The professional cast, who are all local to the region, features actors from Sproatley, Long Riston, Hornsea, Goole and former Wyke College students, acting alongside locally born actors who have appeared at the National Theatre in War Horse, Warner Brothers films, and who are currently in BBC Radio Four’s landmark series The Archers.

Educational and outreach work will be available digitally to accompany the production, facilitated by former students of Hull’s Archbishop Sentamu Academy, who are now studying at the prestigious Liverpool Academy for the Performing Arts, established by Sir Paul McCartney.

After a year with no work, this production offers paid employment to almost 20 local creatives, including actors, stage managers, producers, educators and designers.

Mr Godber said: “We are delighted to be working with Wykeland and Arts Council England on this thrilling new production and excited to be at the vanguard of getting theatre back on its feet.”

As the city’s only permanent new venue created for the 2017 City of Culture year, Stage @TheDock has been used for a wide range of cultural and artistic events over the past four years, including as a regular location for Freedom Festival performances.

Wykeland managing director Dominic Gibbons said: “We’re very excited to be working with The John Godber Company and the Arts Council to bring live outdoor theatre back to Hull and there couldn’t be a more appropriate venue, overlooking the Humber and the river Hull, for this maritime epic.

“We’re delighted to be playing our part in the very welcome return of outdoor theatre. This is another example of our commitment to supporting cultural development, as well as economic investment, in our home city and wider region.”

Seating for Moby Dick is limited to allow for social distancing. All tickets are priced at £20, which includes a booking fee, and are available through Eventbrite.

In order to maintain social distancing, tickets must be bought in groups of one, two or four and will be allocated on the night. Wheelchair spaces are available.

The production runs from June 2 to June 12. Performances start at 7pm nightly, with three matinees beginning at 4pm on the 5, 9 and 12.