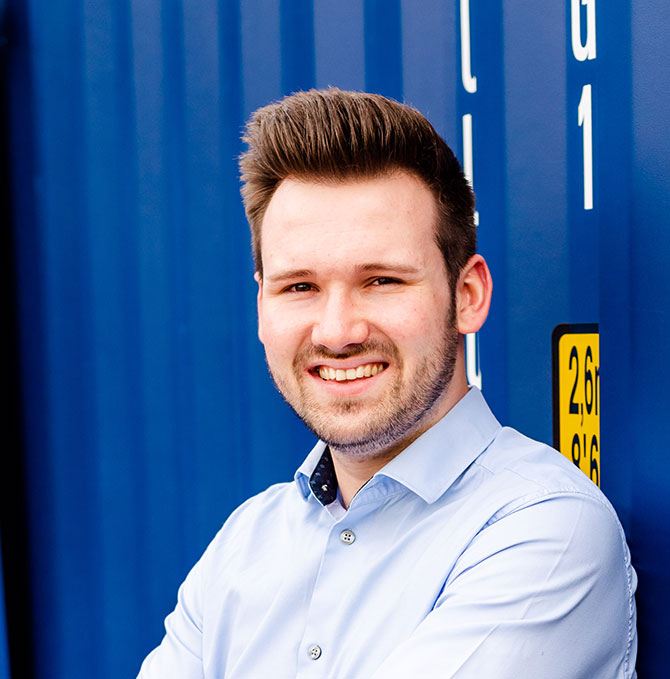 Jacob Styler may be only 23 – but he’s already got his finger firmly on the pulse of the ever-changing digital world.

As founder and digital marketing director of Pershore-based Infinity Digital Jacob is the very embodiment of a modern day entrepreneur, and has already packed a considerable amount of experience into his career so far.

His CV includes spells with household names such as McDonald’s and Npower, and now he is determinedly ploughing his own furrow as the driving force behind Worcestershire start-up Infinity Digital.

It’s been an action-packed few years for Jacob, as he reflects over a fascinating hour-long conversation in the pleasant surroundings of a upmarket bar on the fringes of Worcester.

Intriguingly, for a self-confessed disciple in the world of digital marketing, Jacob admits that he still puts into place some of the lessons he learnt from his very first job – as a crew member at fast food giant McDonald’s.

“Most of the women in my family have been in health care and social care and it was originally a path that I wanted to pursue. I did work experience at the Worcestershire Royal Hospital and even got a part-time job at a nursing home in Droitwich.

“I started at Worcester Sixth Form College and in my first year I studied health and social care – I did a diploma and enjoyed it and passed the first year with flying colours.

“But there was something that just didn’t feel right and I decided that it wasn’t for me – I was quite eager to get into a working environment and at the time was working as a crew member for McDonald’s at Wychbold, near Droitwich.

“It was really good, it gave me quite a few opportunities and I developed quite a few transferable skills that I picked up from there that I still practice now, dealing with people, working with a large team. It is quite a high pressure cooker environment, being in that sort of fast food environment meant that I was able to adapt to situations quite easily.

“One minute it could be quiet, the next it could be absolutely crazy so adapting to that is something that is quite a big, transferable skill. I was there for two and a half years.”

“I was only there for eight months so I didn’t actually complete my apprenticeship. Unfortunately, it wasn’t the best environment to work in. There was too much micro-management and not a lot of trust and a general lack of direction.

“It threw me into a bit of a turmoil. When I decided to resign I couldn’t find another work placement and I couldn’t complete my apprenticeship at Kidderminster College so I went back to McDonald’s for a very short six-week period.

“During those six weeks I started to rebuild my confidence and they offered me a customer service manager position.”

But he turned down the chance of further progress in the fast food sector and was accepted for a role as customer service adviser with Npower in Worcester, working on the energy firm’s smart meter programme.

“I was there for just short of 18 months, I really enjoyed it – it was a big office so I had gone from working in a fast-paced environment to a relatively small office when I was an apprentice to then working in a contact centre with 100 plus staff.”

But after struggling to find a suitable marketing role with Npower, Jacob took to the jobs boards in search of a customer service role with a marketing element – and found what he was looking for with a Pershore-based SME called UK Kiosks.

“I went into that company as a sales support executive. They are the leading supplier of rental portable modular buildings and kiosks in the UK, commonly seen across construction sites, events and in car parks.

“I went in there essentially to sell these products, their main lead source was through their website and online store, so the opportunity to do marketing was there, to develop it, so I went in to the chairman, Ray Apted and the managing director Rachel and pitched some ideas and they kind of gave me free rein to try various different digital marketing activities.”

The link with Ray Apted would in due course prove integral to Jacob’s subsequent career – and the eventual foundation of Infinity Digital.

“I did a variety of campaigns in print and digital advertising and social media and really, really enjoyed it. It kind of brought me to a point where my career felt fast-tracked because I had progressed to manager status – I was a manager by the age of 20.

“I was presented with an opportunity to do a professional diploma in digital marketing with the Digital Marketing Institute, an online educational firm, and that was equivalent to an HND, so just one notch down from a degree. That was fantastic, it really brought me up to speed. I did an exam and passed the course in 2019.”

“During the acquisition period he offered me the opportunity to run the company as managing director. He had invested in my training and I proceeded to quite a responsible position in UK Kiosks.

“This was an opportunity to use my skills and experience in digital marketing and develop this company to operate into new markets and almost overnight – June 1, 2020, I went in there as general manager.”

By now, Jacob had found his time split between Murtec and UK Kiosks, and decided to rebrand the former as Go Aqua UK.

“I ran that company and was responsible for the profit and loss sheet, the staff, the sales operation, the marketing operation and essentially discharged my duties as a managing director.”

Jacob’s career was by now on a clearly upward trajectory as he gradually turned around the fortunes of Go Aqua UK.

“We saved around £50,000 from the bottom line in the first six months and managed to secure a contract with Worcester City Council for maintaining some of their fountains and splash parks, which was quite exciting.

“I went to Ray and Apted Group’s managing director Emma Hardy with the idea of Infinity, which was essentially a digital marketing agency. Because I had worked in the engineering and manufacturing sector, they were my target customers.

“I went to them with the idea and they were up for it. I said I want to do this, I don’t want to go out on my own and do it, I love working with them, I always have done, I saw the opportunity with the group developing essentially another string to the bow, but something that is a little bit different.

“They liked the idea, they knew what the risks were, they were very much determined to give me the financial investment that I needed.”

Jacob’s dream of running his own marketing agency was realised on February 1, 2021, when Infinity Digital was finally launched.

“While the Apted Group are the majority owners, I run the business and am responsible for everything really. I go to them when I require advice and support – they are like business mentors and when finances are involved they support me from that point of view.

“It was just me initially and I employed my first person in October 2021 – that was Chris Mapley, he is our project manager and came in because we had got to a level of work where I had been bogged down with a lot of the delivery of that work and I was getting very close to not being able to go out and get more work, so I needed somebody to come in and support me and help with the development of the business.”

Jacob describes the early days of Infinity Digital as a “scary” experience. “There were lots of unknowns, I had run a business before and had been in quite a high position in a business but running and growing a start-up from nothing, there are a lot of unknowns so I had to push myself into areas that were out of my comfort zone, for example networking.

“I had not really done it properly before, I had never been in a role which required me to do a lot of networking or public speaking and making connections with strangers. As a young person in that sort of environment was very daunting indeed.

“The premise of the company was to become a one-stop shop solution for digital marketing, offering social media, SEO, pay per click advertising, website design and email marketing.

In less than 18 months Infinity Digital has amassed a total of between 15 and 20 clients, varying from solicitors to a car dealership and training companies to a local engineering firm.

“We have developed relationships with partners, such as PR professionals, print professionals, photographers, videographers etc and they support us with clients and their projects.”

Jacob says the hard work is paying off with Infinity Digital “flat out busy” from October to the New Year, citing personalized service as key to future success.

“There are lots of automated pieces of software that exist in the world which a lot of agencies use and it certainly saves a lot of time but it is relying on something that doesn’t always do the job that a human can do with their eyes. We do use it but we don’t essentially use it to do our job for us, and that is a big selling point.

“People like that idea of picking up the phone or coming in to see us, to thrash out their problems, enabling us to work with them, show them what we have been working on. That is why I have been developing an office with people in it rather than a working from home situation.”

The Infinity Digital team is now up to four with Pippa Harris appointed  social media and content specialist. “We are now at a point where I am strictly focused, giving the team some more work, giving them more variety, new clients and raising our own profile.

“We are now in the process of moving to an office in Worcester and have employed a fourth member of staff.”

In June Jacob allowed himself his first holiday since launch, taking in the sights of Cornwall with his partner – but still kept in touch with his colleagues by email. He insists Infinity Digital is in for the long haul.

“We have survived our first year, we will survive our second and I am confident we will thrive in our third, fourth, fifth, sixth, seventh and beyond. I am very confident of the team I have got around me and what we are building.

“Ultimately Infinity Digital is my baby and I want to make it work. There is lots of hard work to come.”