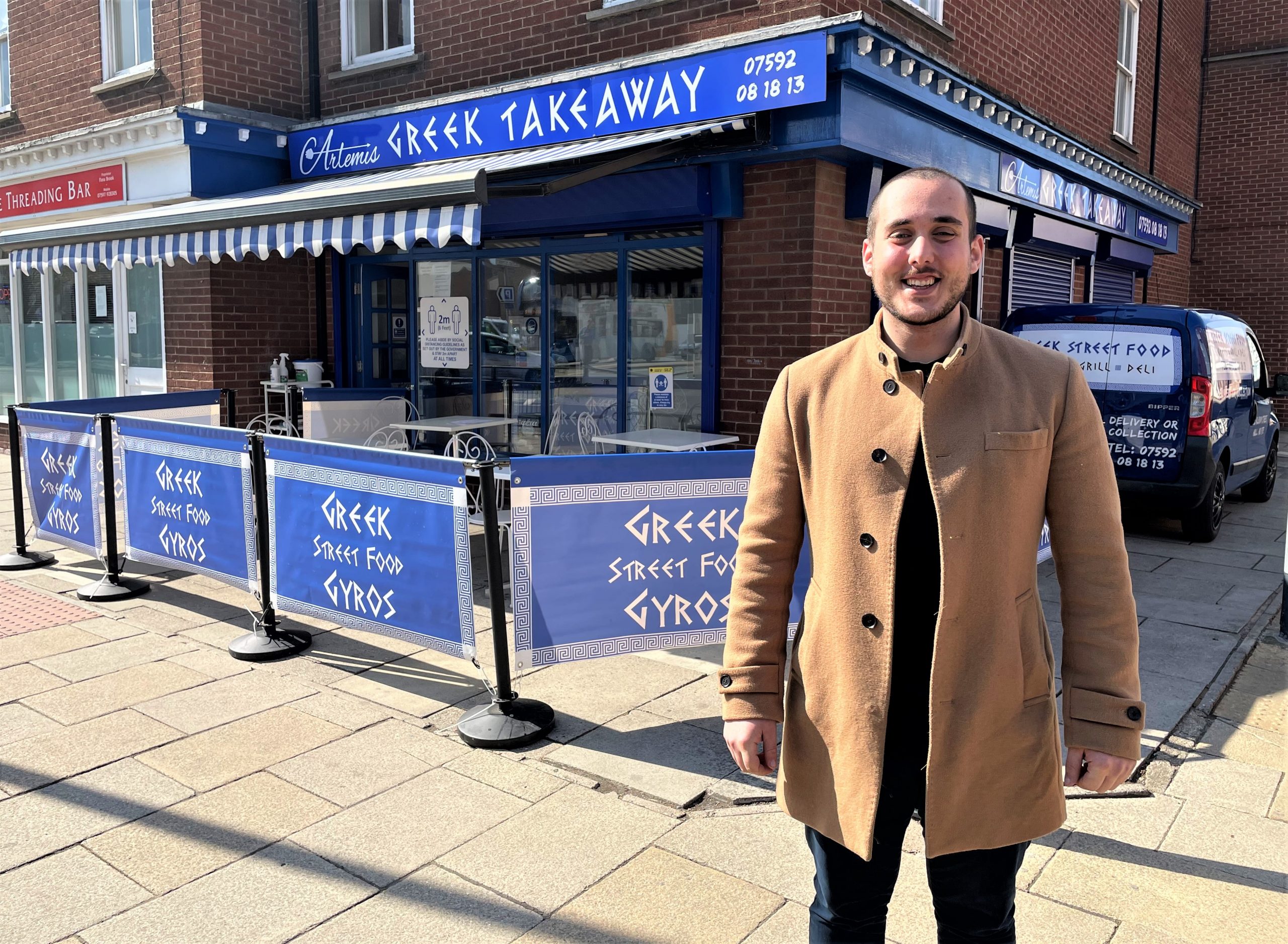 The new owner of a Greek restaurant in Hull is aiming to literally smash it with a promise of bringing the traditions of his homeland to the city centre dining scene.

Efstratios Dimeas – known as Stratos – is already serving authentic cuisine at the Greek Taverna based on recipes passed down through his family.

As restrictions are eased he plans to introduce traditional Greek music and dancing, taking bookings now in readiness for opening fully from Monday, July 19. He also has his sights on expanding to open a second venue with plenty of spaces for smashing plates.

Stratos said: “The plan at the moment is to become established here by serving food which people know and love from their visits to Greece. But there is more to the Greek dining experience, a great atmosphere that we want to capture.

“We haven’t got the space here for smashing a few plates but we will be looking for larger premises to open more restaurants as part of our long-term plan.”

Stratos will be joined in running the restaurant by his twin brother, Christos, and they will draw on the experience of working in their mother’s restaurant in Manchester. Since that venue closed five years ago they have been operating Greek food services at festivals, which introduced them to Hull.

Stratos said: “I spent a lot of time working at festivals in Hull so I know the city quite well. I also know the restaurant and I remember it as a very nice business which sold authentic Greek food and was very popular, so we want to do more of the same.”

The Greek Taverna has operated as a weekend take-away during the Covid lockdowns, serving traditional grills, salads, meze, dips and desserts and generating demand which supports five staff and eight delivery drivers.

More jobs will be created when the restaurant reopens fully, with space inside for about 30 diners and a licence for more than a dozen tables outside as well as large scale deliveries for special occasions.

Stratos said: “We have been very busy with the takeaways, with as many as 120 orders on some nights. It shows the popularity and it’s our job to hit the right quality and the right standard.

“We are a Greek family from the Cyclades islands and I learned how to cook from my mother. The food memories I have are of simple things, all different and all very special. I love my mother’s food and if I stick to it and do exactly as I was taught then other people can enjoy it as well.

“It’s a small restaurant and we can probably feed more people outside – I want people to come here and feel as though they are in Greece so we’ll be getting some outdoor heaters as well just in case we don’t get the Greek weather!”

Kathryn Shillito, HullBID executive director, said: “We’re looking forward to working with Stratos and his team and we wish them every success with this venture and with their ambitious expansion plans.

“HullBID is a big supporter of festivals in the city centre and we organise many events ourselves because they are so important in terms of supporting the business community. This example of Stratos working at festivals and then opening his own restaurant mirrors other successful Hull businesses that started small and expanded.”