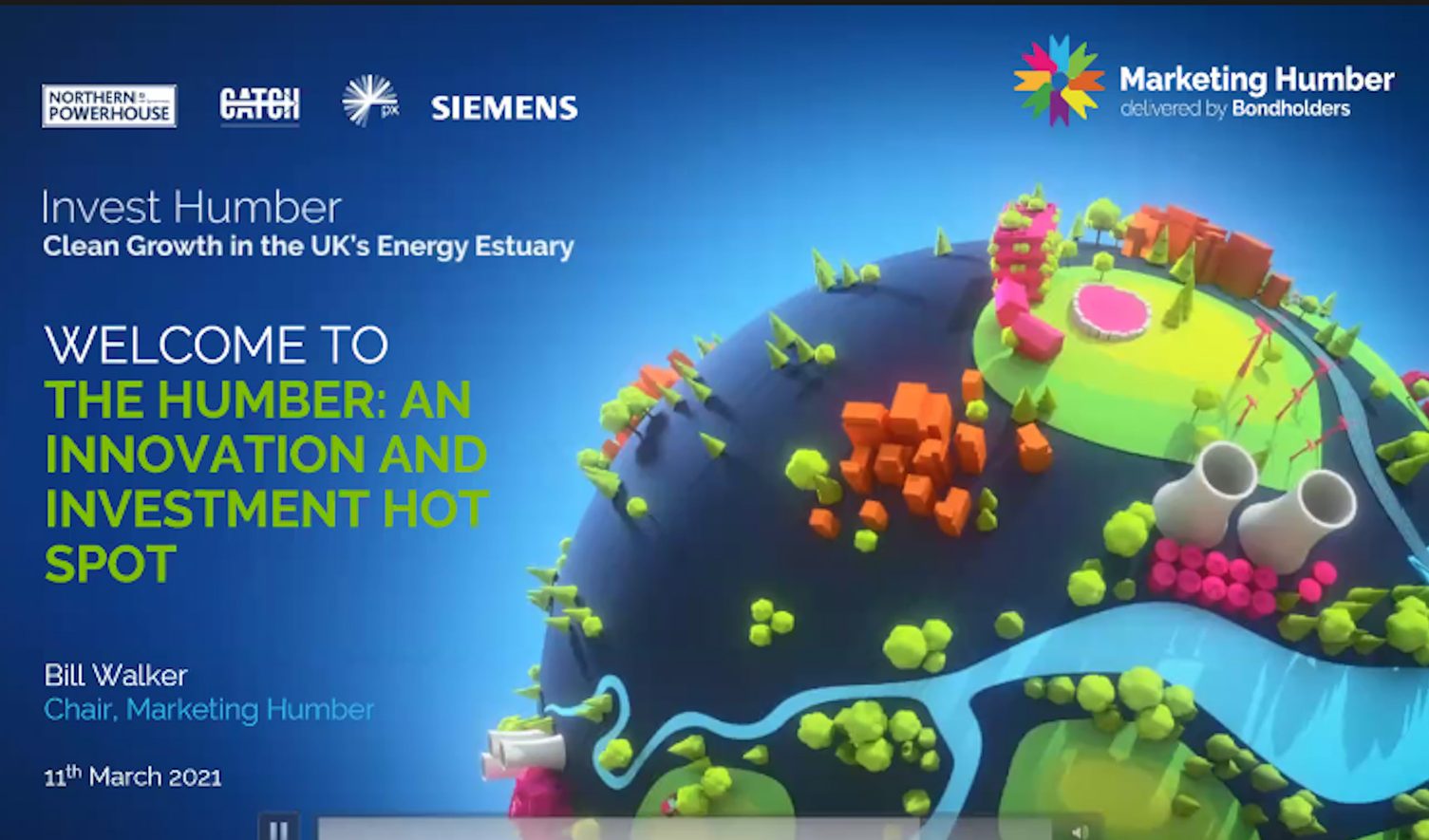 The Humber must grasp the “staggering” opportunity it has to create a prosperous and sustainable future by securing investment in its pioneering decarbonisation projects, business leaders have said.

A high-profile event to launch a new investor-focused online resource detailing a series of transformational projects heard the region’s drive towards a thriving net-zero economic model was accelerating at an incredible rate.

More than 280 attendees at the virtual event were told of interest from the US, Middle East and across the rest of the world in the Humber as a “clean, green place to invest”.

The event was organised by Marketing Humber to launch a new digital platform – investhumber-netzero.com – which details the exciting decarbonisation projects under development and outlines the region’s potential to be a world leader in the green economic recovery.

Opening the event, Bill Walker, chairman of Marketing Humber, said: “We all know that the Humber – the UK’s Energy Estuary – has a critical role to play as we transition to a net-zero future.

“We have the wealth of experience, assets and knowledge and we are making such great progress, with recent announcements in areas such as freeports, carbon capture, offshore wind and building our hydrogen capabilities.”

The new platform is designed to inspire action from high-level investors and key decision-makers, including Government ministers, and to inform other interested parties, including MPs, think tanks and trade bodies.

It has been launched with an initial 14 projects, including Humber Zero, Gigastack and Lagoon Hull, with the aim to add many more.

The site also provides supporting information about the Humber to inform and influence potential investors, including details on the region’s skills base, connectivity, available land and more.

Mr Marsh told attendees: “The North is an energy powerhouse with the capabilities, strengths and assets to really catapult the country forward and achieve our carbon neutral position by 2050.

“The Humber is key to unlocking our climate ambitions and the North has all the green credentials to deliver a 50% reduction in carbon levels by 2032, creating at least 100,000 new jobs and potentially adding £2bn to the economy.”

Mr Pogue said he had been amazed by the rate of change he has witnessed in the region since px Group acquired Saltend Chemicals Park from BP in 2018.

“The level of interest from UK and overseas investors is staggering”, he said. “We have real interest from the US, the Middle East and more and we are now seen as a clean, green place to invest.”

Describing the Humber’s vision to establish the UK’s first low carbon industrial cluster by 2030, Ms Hedges told the event: “We’ve punched below our weight for far too long. We’re probably punching at our weight now and there’s more to come – there’s a rapid acceleration.”

Mr Dowling provided an update on the pioneering rail village being developed by Siemens Mobility at Goole and revealed its ambition for the new buildings to be carbon net zero throughout their lifecycle.

Mr Dowling said: “We are all working together towards creating a sustainable future. The opportunities are there for us all and it’s an unbelievably exciting time.”

The freeport is expected to attract significant oversees investment in decarbonisation projects and create thousands of jobs. Mr Gwynne said securing freeport status had only been made possible by the region working collaboratively.