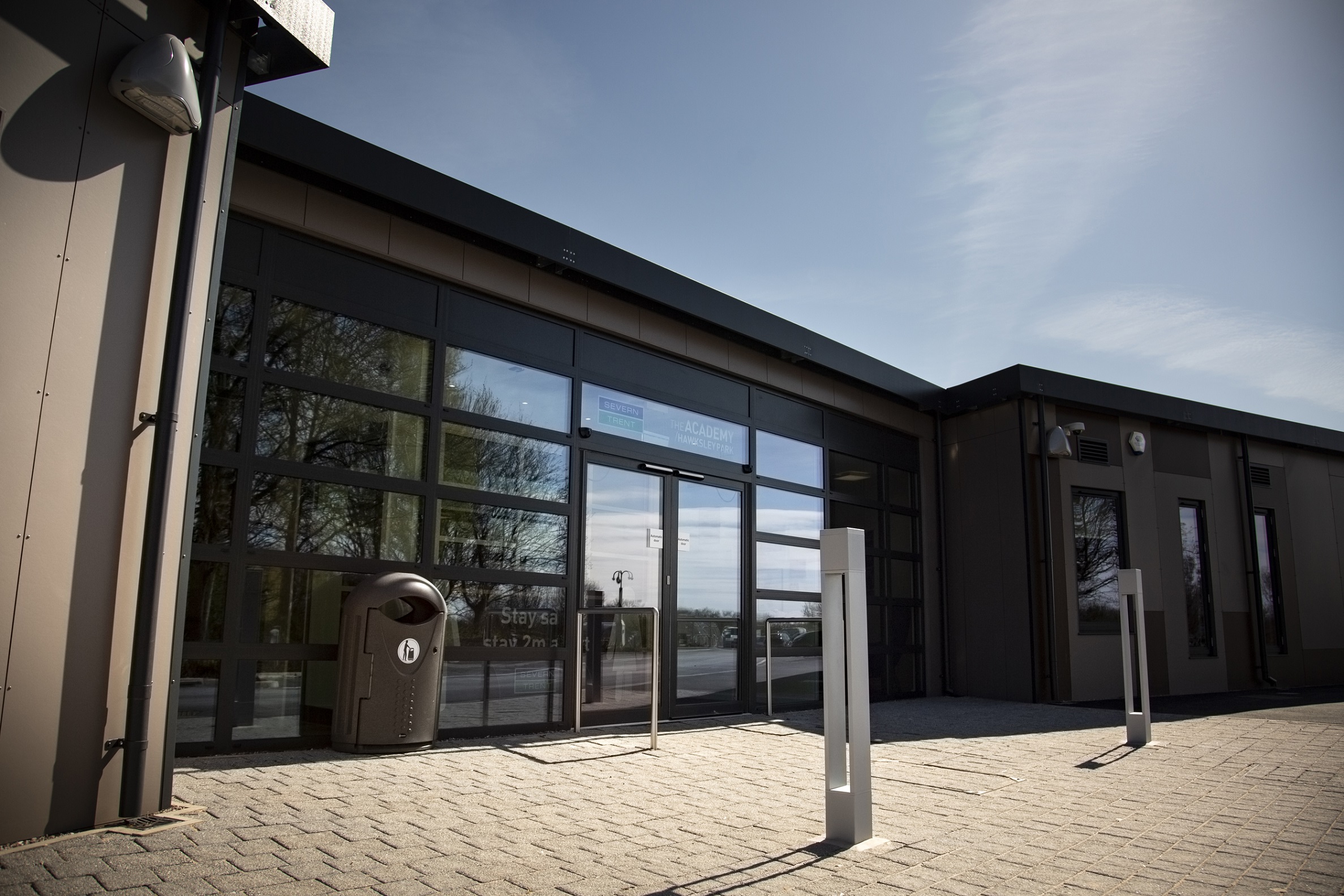 A new academy for training engineers and leaders of today and tomorrow has been delivered by East Yorkshire-based Integra Buildings using cutting-edge modular building methods.

Integra, one of the UK’s leading modular construction specialists, has completed the development for Severn Trent Water, which serves eight million people across the Midlands.

Staff from both companies came together for a celebratory event to mark the launch of the Severn Trent Academy, which was officially opened by Prime Minister Boris Johnson earlier this month.

It provides a purpose-built centre of excellence for technical training on a new flagship campus in Coventry, as part of Severn Trent’s wider £10 million investment in skills and training.

The versatile facilities provide a variety of traditional and experimental training environments, from hands-on areas designed to replicate Severn Trent’s working environments, to use of the latest technologies in virtual reality and “network simulation” computer modelling.

The energy-efficient building, which will meet Severn Trent’s present and future training needs, also houses an extensive suite of stylish rooms and breakout areas for hosting conferences and educational events.

It will offer a wide range of development opportunities for Severn Trent’s 7,000 staff, including apprentices, as well as members of the wider community, who will have a chance to gain valuable employability skills and training.

The facilities will also benefit 500 young people to be employed by Severn Trent over the next year under the Government’s Kickstart Scheme, which creates six-month paid work placements for 16-24-year-olds at risk of long-term unemployment.

Integra completed the development in just 12 months from the design stage to handing over the keys, despite the challenges brought about by the Covid-19 pandemic.

The building is a prime example of how modern modular techniques are transforming the construction sector by delivering major projects faster and more efficiently than traditional methods, without compromising on quality.

The Prime Minister took a tour of the new building and described Severn Trent’s training programme as “world class”. He added: “This brilliant academy will support thousands of people in the West Midlands to gain the skills they need to secure long-term jobs and to take a step towards brighter futures.”

Integra managing director Gary Parker said: “We’re delighted that the Prime Minister has praised the new academy, which looks superb inside and out. Working closely with Severn Trent, our team has delivered a first-class training environment with cutting-edge facilities.

“It’s a great example of how our innovative approach to bespoke modular building allows us to meet even the most challenging design briefs while delivering faster and more cost-effective results for the client.

“To do that while dealing with the challenges of Covid, especially during the uncertainty of the first lockdown, represents an outstanding achievement by our team, partners and suppliers.”

Severn Trent construction project manager Zoe McPhilbin said: “It was great to work with Integra in helping us create our new academy that will be so valuable in providing skills and opportunities for our people and communities.

“The design aspirations for our academy have been met in full, which clearly demonstrates how Integra shared the same values and ambitions as ourselves on delivering such an amazing space in which to learn.”

East Yorkshire-based Integra designed and manufactured the building, which has a floor space of 22,600 sq ft (2,100 sq m), at its site at Paull, east of Hull. The facility is made up of 45 modular units, which were transported by articulated lorry to Coventry, before being assembled on Severn Trent’s site on the outskirts of the city.

Key aspects pushed the boundaries of what can be achieved with a modular build. The roof would have been too high to be transported by lorry from the production facilities to site, so the team designed an innovative extendable frame that allowed the height to be extended in situ.

Integra, which is renowned for providing bespoke solutions to clients, also laid down robust, waterproof floors in rooms designed to replicate the challenges faced by Severn Trent’s engineers, such as working with pressurised pipes.

The opening of the academy comes at an exciting time for Integra as it embarks on a major expansion of its base at Paull, which is key to the management’s ambitions to double revenues to £60 million within three years.

Integra has developed a nationwide reputation for excellence in the design, construction and fit-out of modular buildings for a wide range of uses, including education, sport, leisure, healthcare and commercial operations. Earlier this year, it was named in the annual Ward Hadaway list of Yorkshire’s “Fastest 50” growing companies.