I never thought of myself as an entrepreneur – I just liked my job, Godber tells Humber Business Week 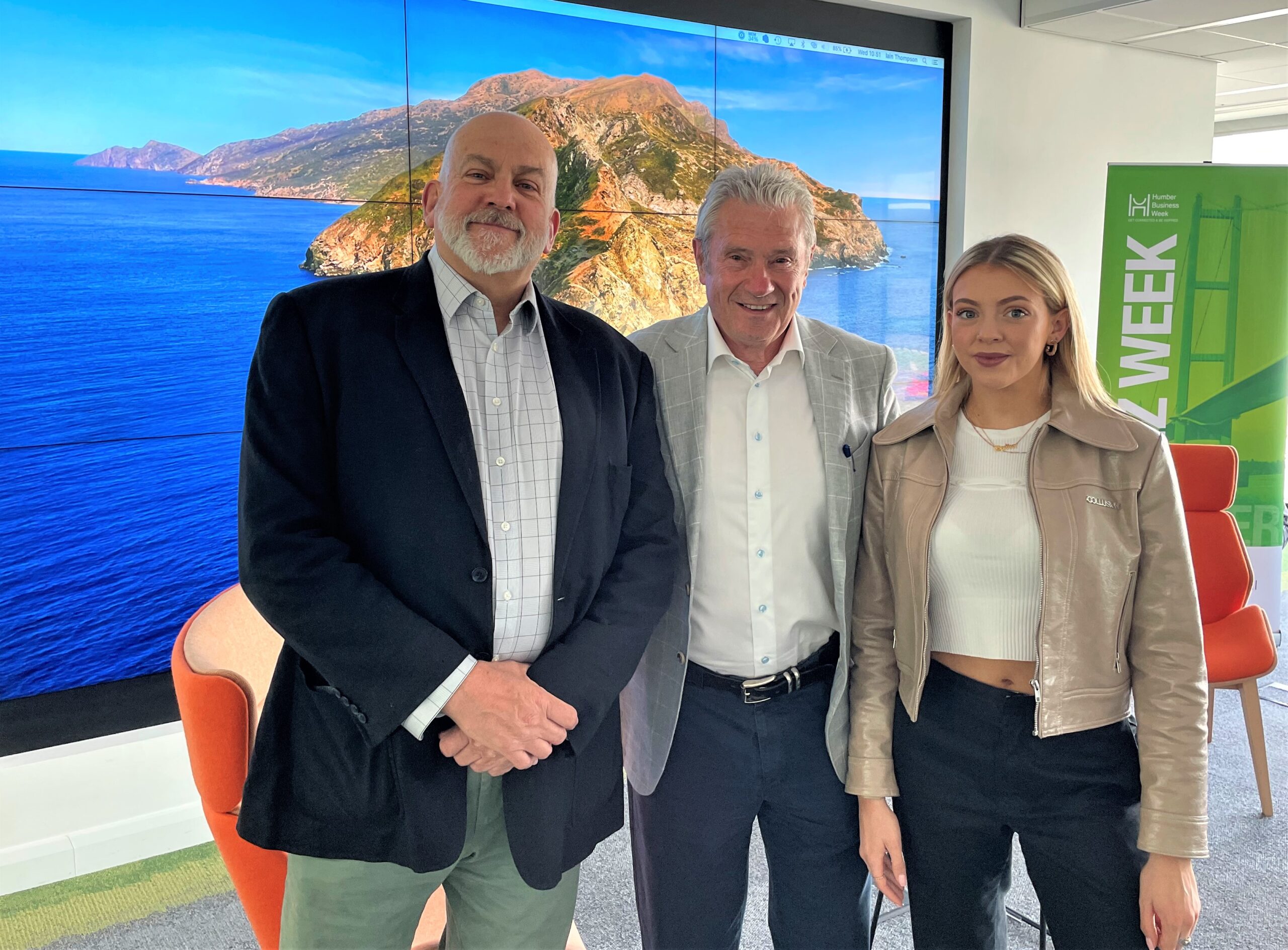 One of Hull’s artistic icons told an audience at Humber Business Week about his unlikely journey from aspiring footballer to teacher and then from playwright to unwitting entrepreneur.

John Godber, who is recognised as one of the most performed writers in the English language, spoke of the play he wrote that saved Hull Truck Theatre, the transformation as the company relocated to its new home, and the family business that embraces creativity, innovation and sustainability.

John’s daughter Martha highlighted the work being done to help underprivileged creatives by the Godber Theatre Foundation, which she set up during lockdown as a branch of the John Godber Company.

She said: “Growing up and being in the industry I always had a lot of opportunities, meeting actors and sitting in rehearsals and having professional opportunities. It’s sometimes about who you know and not what you know. I wanted to help give other people the sort of opportunities I’d had.”

The pair faced questions as part of the Elevenses series of interviews hosted by Paul Sewell, chairman of Sewell Group and a co-founder of Business Week.

Paul’s quest was to examine John’s credentials as an entrepreneur – creates value from little or nothing; gets there no matter what; can do rather than can’t do; not fazed by uncertainty, ambiguity or change; very resilient in setbacks.

Martha gave a thumbs-up to all of them and added that the foundation was part of the process: “I had this idea about giving people opportunities and funding and mentorship so we take people from Hull and East Yorkshire and support them with their training.

“If you look at London or Leeds there is so much more. We have 27 students and have been going for two years. It’s about bringing that talent back to the city and creating things here.

“People need to know you can have a successful career in the arts. You don’t have to be an actor, director or producer. We have costume directors, lighting designers and more. It’s giving them a helping hand because a lot of the industry is London-centric.”

John, who grew up in Upton, West Yorkshire, played football and rugby as a teenager and moved into drama and teaching after exploring literature. He joined Hull Truck in 1984 and just two weeks in the job found out at his first board meeting that the company was £76,000 in the red.

Asked what he planned to do about it, John abandoned his plans to present a season of German plays and instead wrote Up ’n’ Under.

He said: “I thought I had written a serious play about rugby league and they performed it in front of 342 people at Edinburgh. They all started laughing and I was sat in the wings thinking what’s going off here? At the end the audience stood up and someone said what a cracking comedy and I was there with my head in my hands!”

The play, which took only four days to write, made £42,000 in three weeks at Edinburgh, providing a lifeline for Truck not only from the initial revenue but also by setting a standard.

John said: “That model of writing, something that was local and about the area and physical, and we went from nobody going to Spring Street to you couldn’t get a ticket because all the rugby fans came along to see how we were going to portray their beloved sport.

“We didn’t know what we were doing. The naivety of putting a rugby league game on stage – now you wouldn’t think that was possible. Sometimes you have to remind yourself that the first thought isn’t necessarily the worst thought.

“We did Bouncers every year, not because I wanted to do it but because it was a cash cow. I got a bit embarrassed by it but it would pick up a shortfall on another production.”

It was when he saw a reference to “John Godber’s Bouncers” that he “realised I had become kind of a commodity”. The plays became hugely successful but the shoestring budgets were here to stay.

John said: “Lots of theatres in the 80s and 90s were going through periods where they needed cost effective work, they were good plays but first and foremost they were economically viable. Post-Covid, people are asking for plays with not many people in. Cost-effective was always at the centre of it.”

John revealed that the budget for Up ’n’ Under was £500. They bought a green carpet for £150 and drove to Islington in a van to get second-hand weight lifting equipment when a gym closed. Somebody made the kit.

He said: “When we took it to the West End they asked what the budget was and they didn’t believe it. They wanted to know how we did it and the answer was it was all we had.

“It was a very naïve and bovine notion that that we would look at what was in the pot and I would write a play to that.”

As the John Godber Company, which also includes John’s wife Jane and their second daughter Elizabeth, the strategy is to focus their mind by committing their own money, then put any profits towards the next project.

John said: “The first play was Debt Collectors, about two out of work characters who get jobs as debt collectors. We took it on a big tour and it did very well. We covered our investment and we put it in a little tin and that’s what we have been doing ever since. I never thought of myself as an entrepreneur – I was just in a job that I liked.

“We don’t play theatres that are too big or too small. We keep the size of the cast down. We are going back to the places where we started – Watford, Scarborough, Halifax, Liverpool, Harrogate, Bury St Edmunds. All the places we used to go to when Truck toured. The advantage I have is that I have another income stream from my royalties. Whenever a school does Bouncers they have to pay for the rights.”
With the foundation and the entire rationale behind the business focused on addressing the funding shortfalls across the industry, John, Martha and their colleagues are passionate about supporting art for all, with film-making another avenue being explored.

John said: “I genuinely believe we have the best light here, second only to LA, but it’s getting the critical mass to invest in the region so our creatives don’t have to go elsewhere. They can stay here and the actors coming out of Wyke and Wilberforce and NAPA and various other places have something to aim for.

“We continually need to turn people on to the potential of the arts. In Germany the unions subsidise the arts so there’s no us and them and the more we break down the us and them the more everybody benefits.”