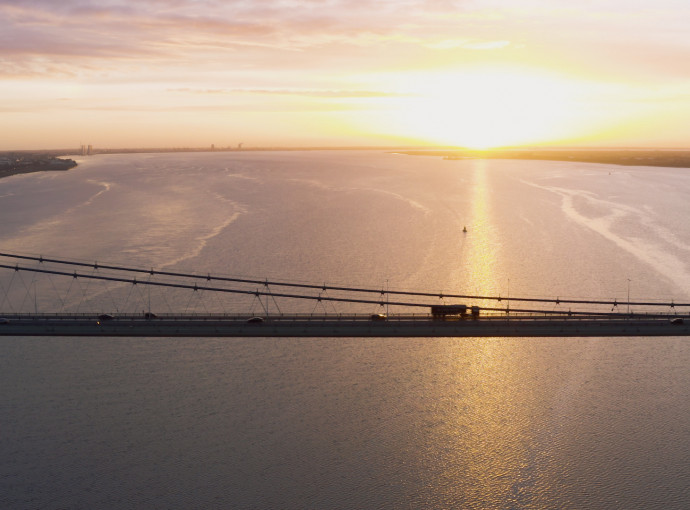 The joint bid for funding from Innovate UK will enable the first phase of work on a detailed decarbonisation delivery plan for the region’s major industrial cluster, which will aim to protect important jobs and industries while reducing carbon emissions.
The Humber’s bid was awarded £96,000 to develop a plan for producing the roadmap (phase one), which – if approved – could lead to a multimillion pound bid to develop the roadmap itself in phase two.
Now, the Humber LEP and Catch are working together to create the Humber Industrial Decarbonisation Roadmap – which would set out plans to decarbonise the region’s major industries through measures such as Carbon Capture, Usage and Storage and hydrogen fuel switching.  It will complement wider work on decarbonisation being led by the LEP and partners as the region targets becoming net zero carbon by 2040.
The roadmap project team are working closely with the region’s two deployment projects, which were also announced today as receiving phase one funding:

Humber Industrial Decarbonisation Deployment Project: Humber-DP will identify and develop potential anchor projects to maximise emission reductions in the most appropriate, timeliest, cost effective and efficient manner and develop world leading industrial CO2 transport and storage system
Green Hydrogen for Humber: This project will lead to the production of renewable hydrogen, at the Gigawatt scale, from polymer electrolyte membrane (PEM) electrolysis. This will be distributed to a mix of industrial energy users in Immingham.

The deployment projects would deliver early results at the beginning of the roadmap, with further projects to be identified through to 2040.
Home to energy-intensive industries such as steelworks, oil refineries, chemical processing and cement production that are vital to the UK economy, the Humber cluster’s industrial CO2 emissions are the highest in the UK – making the region the country’s biggest decarbonisation opportunity.
The Humber LEP set out the region’s ambition to become net zero carbon in its Humber Clean Growth Local White Paper published at the start of November. It is also at the heart of the Local Industrial Strategy it has developed with the Government, which is expected to be published shortly.
The roadmap will point to where public and private investment will need to be targeted over the next two decades to reduce the Humber’s industrial emissions.  Importantly, it will also identify opportunities for attracting new businesses to the region to utilise the low carbon infrastructure that will be developed.
This collaborative approach to creating the Humber Industrial Decarbonisation Roadmap will ensure full engagement from businesses and stakeholders and that it will be produced in a transparent and joined-up way. The roadmap will also capture synergies with related work to decarbonise ports, transport, agriculture and homes amongst others, as set out in the Humber Local Industrial Strategy.
Lord Haskins, chairman of the Humber LEP, said: “The climate change crisis will not be addressed without close collaboration between the Government, industry and places across the UK, so we are pleased to be working with partners on a roadmap to enable this in the Humber.
“As the highest emitting industrial cluster in the country, our region has the potential to make the biggest difference in the fight to reduce emissions.  As today’s announcement shows, businesses are developing projects that will enable us to do that at pace.
“The roadmap will support us to deliver on our ambition to become a net-zero carbon economy in the future, helping the Humber to secure the long-term sustainability of our strategically important industries and attract more new green jobs and investment.”
David Talbot, CEO of Catch, said: “We are thrilled to collaborate with the Humber LEP and win this bid to solve the biggest challenge facing our industries over the next few decades.
“We need to ensure not just the competitiveness of our much-needed energy intensive industries, but also their survival – we want to see these vital businesses stay in the Humber and decarbonisation is central to this.
“Funding is essential to ensure we have a plan to break down any barriers in the way of the Humber becoming a net-zero economy by 2040 and we are glad the Government has taken note of how serious the Humber is about tackling this.”
Bryony Livesey, challenge director, Industrial Decarbonisation, said: “As the UK goes through trying times we nonetheless must plan for the future. We can announce today the funded projects of the first phases of the Industrial Decarbonisation Challenge. These projects are the first stride towards the government’s plans to develop cost-effective decarbonisation in Industrial hubs that tackle the emissions challenge that UK industry faces. We look forward to the development of these plans and their contribution to meeting the 2050 net-zero target.”