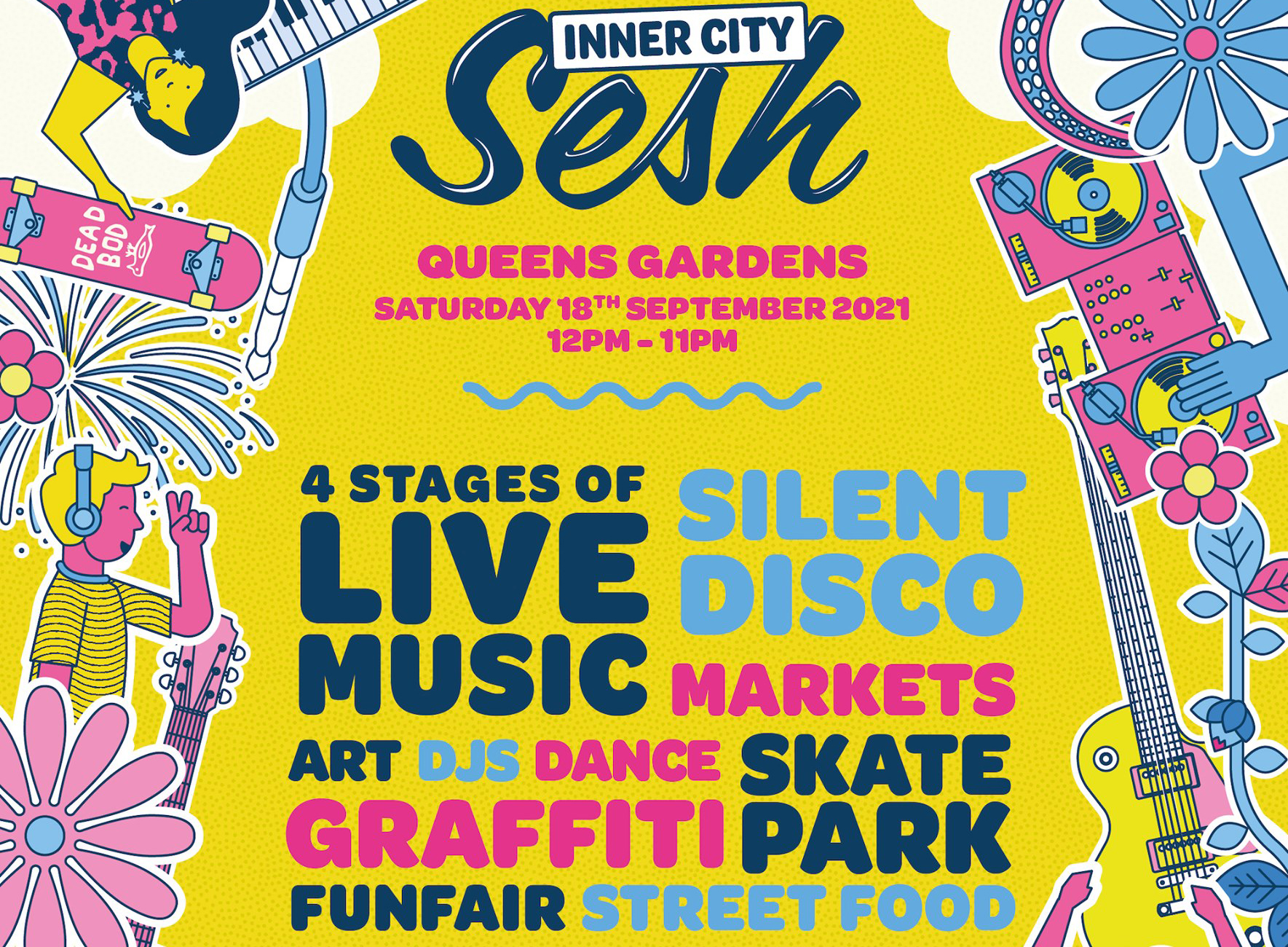 One of the biggest events of the year is set to take place in Queen’s Gardens next month.

Inner City Sesh, a 15,000-capacity music festival, will be brought to Hull city centre by the organisers of Humber Street Sesh, in partnership with Hull City Council on September 18.

Following the disappointing cancellation of the hugely popular music and art festival, Humber Street Sesh, this year, chiefly due to delays in flood defence work on the Marina, the Sesh Events team said it was delighted to be given the opportunity to stage Inner City Sesh in Queen’s Gardens.

Director Dave Mays said: “We are over the moon to be able to put on Inner City Sesh in the stunning Queen’s Gardens site and incredibly grateful to Hull City Council for their assistance with the event.

“We have regrouped with our extended team and are working flat-out to bring the city a fantastic festival and longed-for community celebration.”

Inner City Sesh, similar in ethos and programming to Humber Street Sesh, will provide a platform for emerging musicians, artists, and local creatives.

Mark Page, artistic director, said: “I am so pleased that we are able to get some of the region’s incredibly talented musicians and artists back out there, performing live on stage again.

Watch this space for some incredibly strong line ups and headliners. Despite a tough couple of years for the music industry, we are delighted and proud that some of the city’s bands have flourished during this time achieving national recognition with enviable airtime on BBC Radio 1 and 6.”

Inner City Sesh will run from midday to 11pm, featuring the best of Humber Street Sesh with the University of Hull Main Stage, Dead Bod Stage, Emerging Musicians Stage, and a stage dedicated to some of the finest DJs in the region.

Festival organisers are keen to make the event as environmentally friendly as possible with two solar-powered music stages, recycling stations and compostable glasses at the bars.

Inner City Sesh will be the final event in Queen’s Gardens before the start of two years of redevelopment work.

Daren Hale, leader of Hull City Council, said: “We’re delighted to be able to financially support the team to help this event become a reality, after what has been a difficult year for the arts and culture sector.

“The Sesh is an integral part of Hull’s annual events programme, and to be able to finally celebrate this festival in Queen’s Gardens prior to its refurbishment is fantastic news.”