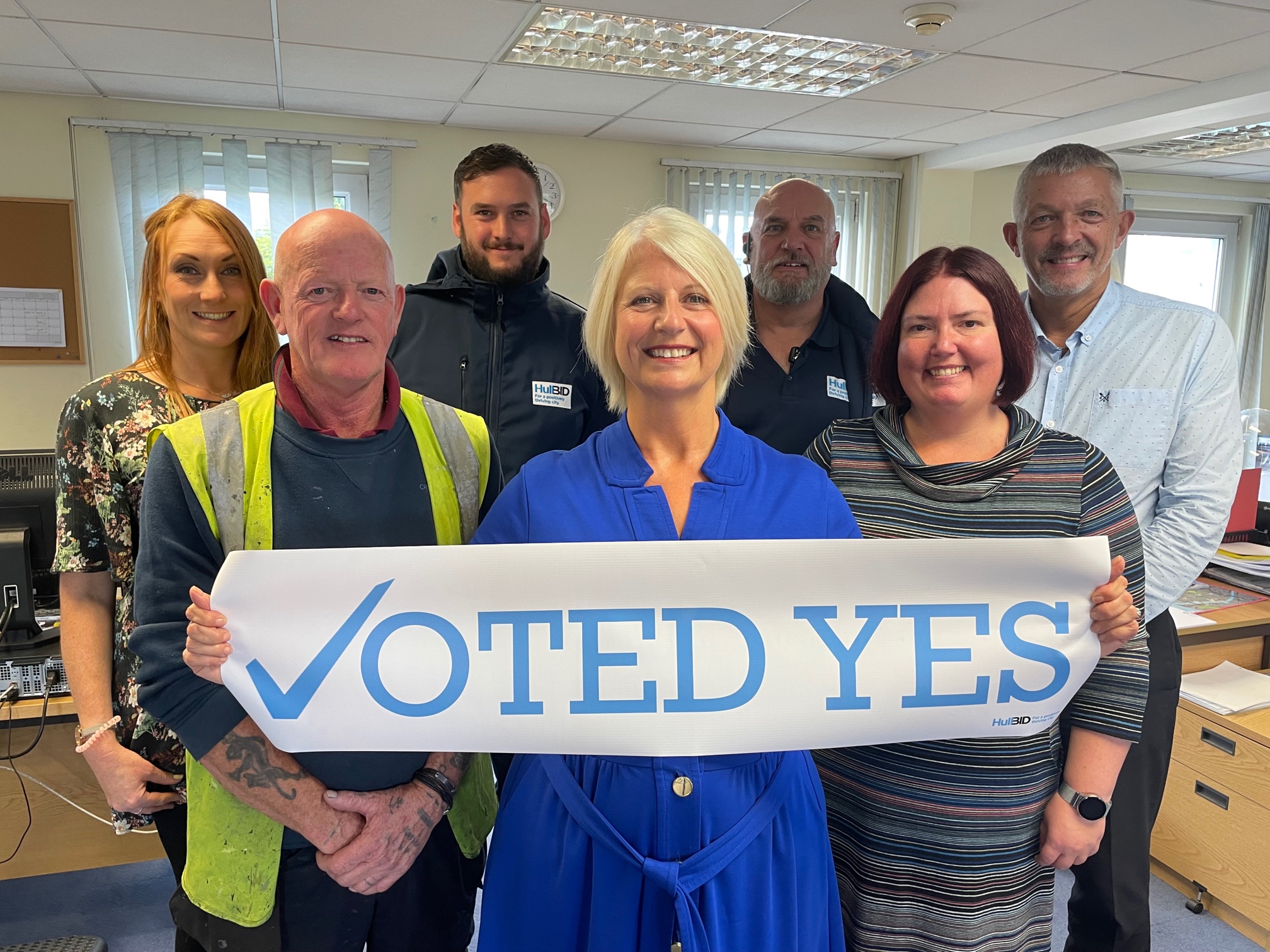 HullBID will continue its work for another five years after securing an emphatic win in its latest renewal ballot.

The BID, which was set up in 2006, gained 81 per cent of votes cast in the ballot of member businesses in Hull city centre. The ballot also returned a majority of nearly 87 per cent in terms of the rateable value of business premises that took part in the vote. HullBID’s renewal target was a 50% majority in each category.

Jim Harris, chairman of the HullBID board of directors and manager of St Stephen’s Shopping Centre in Hull, said: “This is a fantastic result, especially in the light of the existing circumstances, and a great endorsement from our members who have been through similarly difficult times yet who still felt the contribution in the past and going forward of HullBID is more worthwhile than ever.”

She said: “I am very grateful to the members who have turned out to vote for us and the strong majority shows their determination for HullBID to continue.

“We have always had a robust business plan each year but the past 18 months have proved particularly difficult for businesses and we turned our attention to driving them to grants and other financial support when it really mattered. The operational team were still out keeping a check on buildings and making sure cleanliness was maintained.

“We have already taken steps to ensure that the next five years will bring positive results for businesses but the really important point is that as an organisation we are here to offer independent support. We are, and we continue to be, the glue that pulls businesses together to work with public bodies.

“We cannot work singularly and will continue to build our relationships with businesses and partners, and concentrate our efforts working with them to progress the city centre as we share the same vision.”

HullBID became the first business improvement district in Yorkshire when it was set up in 2006. Kathryn Shillito was appointed in 2010 and leads a team of five staff with support from a board of 12, 10 of whom are drawn from the city centre business community.

In recent years, Bradford, Harrogate, Leeds, Ripon, Sheffield, Wakefield and York have all set up BIDs in an attempt to emulate Hull’s success.

Businesses were asked to continue a commitment to pay the equivalent of one per cent of their rateable values to fund a programme, set by the board, of ongoing improvements to safety and security, cleanliness, communication and the general business environment.

A total of 1,126 voting papers were distributed in late August to the businesses and other organisations that form HullBID’s membership. The deadline for returning the votes was 5pm on Thursday, September 23, with HullBID needing to secure a simple majority of votes and rateable values.

Details of the count published by Hull City Council, the official ballot holder, showed that 485 votes were cast by the closing date of Thursday 23 September. There were 395 votes in favour and 90 against, a majority of 81 per cent. The turnout was 43 per cent.

The total rateable value in favour was approximately £24.97 million compared with £3.81million against, representing a majority of 86.7 per cent.

In recent weeks key figures from businesses operating in sectors as diverse as property development, retail, hospitality and professional services have reaffirmed their support for Hull Business Improvement District (HullBID) which they say has transformed the city centre and is essential to its future prosperity.