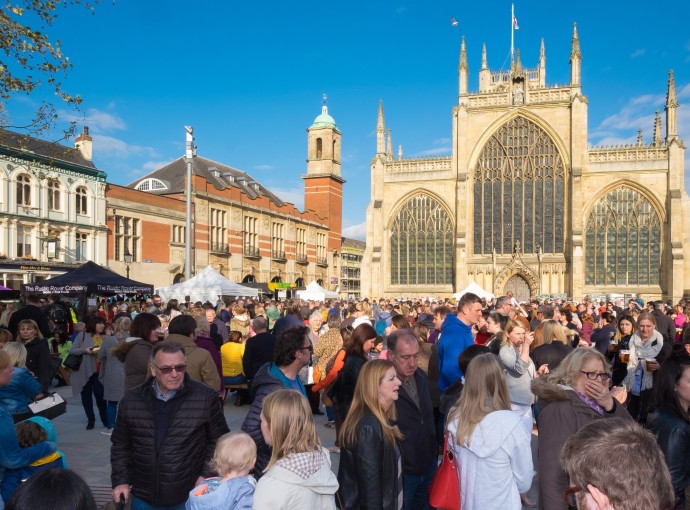 The first Hull Street Food Night of 2019 will take place this Thursday, April 4, and sees the event return to Trinity Square, where it began in April 2017.
In addition to bringing in food and drink from around the world and an eclectic mix of entertainment, HullBID has secured an incredible deal with APCOA Parking to enable visitors to the event to park for up to 13 hours free of charge.
The offer, which applies to APCOA’s King William House multi-storey car park only yards from Trinity Square, will also be the curtain-raiser for an even better deal and the chance to win a year’s free parking.
The company will provide free parking on Saturdays and Sundays from April 13 for the rest of 2019 and will donate free season tickets as prizes in a competition via the Hull Street Food Nights social media output.
Adam Richards, head of commercial and real estate at APCOA, said: “Although parking in Hull city centre can be far more competitive than in other major cities in the region, APCOA has gone the extra mile.”
Hull Street Food Nights will take place from 4pm until 9pm starting on Thursday and continuing on the first Thursday of each month – May 2, June 6, July 4 and September 5. The exception will be on August 8, when Hull Street Food Night will serve as a delicious starter for the Yum! Festival of Food and Drink on August 9-10 in Queens Gardens.
HullBID will publish promotional codes via its social media for free parking at King William House car park from 11am until midnight on the dates of each Hull Street Food Night and the two days of the Yum! Festival.
HullBID’s social media will also invite followers to enter a prize draw at each of the Hull Street Food Nights with the chance of winning one dedicated contract parking space in the King William House car park for a whole year – with the six season tickets up for grabs worth a total of £3,600.
The free weekend parking deal is part of APCOA’s ongoing support for Dove House Hospice, which has boosted the charity’s funds by more than £18,000 since 2015.
From April 13, 2019, APCOA will decommission its ticket machines at the King William House car park and will instead encourage drivers to make a donation to the Hospice.
There will be bucket collectors in the car park during the weekends, with information available to help people make donations online. The offer will run every weekend going forward from 10am on a Saturday until midnight on Sunday.
The weekend donation drive will run in conjunction with APCOA’s continuing park and donate scheme, with £5 every month from Dove House Hospice monthly charity tickets already going directly to help support local people living with life limiting illnesses.
Jethro Shearring, fundraising coordinator at Dove House Hospice said: “We are incredibly grateful for the ongoing support of APCOA. The generosity of all involved at APCOA, along with people who use the facilities at King William House, has had a hugely positive impact on our patients and their families. APCOA have been kind enough to run similar donation schemes in the past which have helped to raise a tremendous amount of money for our patients.”
Adam added: “We’ve committed to significant changes to King William House car park with resurfacing, repainting, relining and new signage as well as installation of LED lighting.
“We’re installing new pay machines and card and contactless payment encourage visitors to use the car park long term and return during weekdays too.
“We also hope as many people as possible make use of this unique opportunity to access our city centre parking to help us make a difference for those who are reliant on the support of Dove House Hospice.”
Kathryn Shillito, HullBID executive director, said: “APCOA is investing more than £500,000 in King William House car park, which is now open 24 hours a day and can accommodate up to 600 cars, and we’re delighted they are supporting our events and the city centre business community generally.
“APCOA’s offer of free parking for Hull Street Food Nights and the Yum! Festival is great news for visitors and traders at those events, and the weekend parking deal is a major incentive for people to come into Hull city centre, save money on parking and support one of the city’s favourite charities.
“Add to that the chance to win a year’s free parking and you’ve got an innovative and high value package which we expect to generate a lot of activity on the HullBID social media channels.”
To keep up with the latest news on Hull Street Food Nights and the Yum! Festival please visit hullbid.co.uk, facebook.com/hullstreetfoodnights and yumfoodfestival. Plus, follow HullBID on Twitter @HullBID and @YumFoodFest.