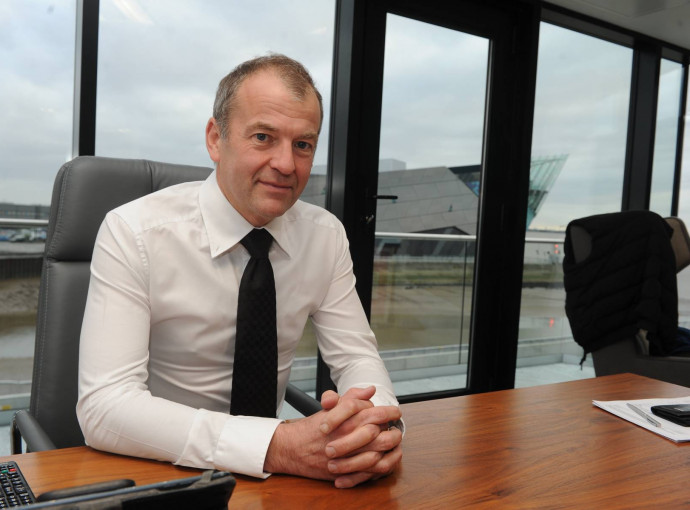 It is the first time that the firm, established by sole director Neil Hudgell (pictured) in 1997, has been included in the Best Law Firms list, which is compiled by researchers contacting thousands of lawyers and asking them to recommend the best firms across 26 areas of law.
Those with the most nominations make the final top 200, and Mr Hudgell says such recognition from industry peers reflects continued development and progress over recent years, achieved against a backdrop of challenges facing many in the legal sector.
Over the past two years in particular, Hudgell Solicitors has emerged a major player in legal cases of national significance.
It has done this by developing a strong presence of experienced lawyers in London and the South while maintaining a clear focus on retaining and building on its long-established market position in the north, where its headquarters remain in Hull.
A growing team in Manchester has further expanded the firm’s work into the North West.
“We are delighted by this recognition from our peers in The Times. It is a testament to the hard work, dedication and great results we have achieved across the business over the past couple of years, and the quality of work we have secured,” said Mr Hudgell.
“When I initially started the business I did so with the motivation of creating a legal firm which truly looked after the best interests of its clients and would look to right wrongs for those it represented, no matter how difficult that challenge may be.
“That is a pledge we have honoured as we have expanded from clinical negligence and personal injury into civil liberties, travel, abuse and employment law. We’ve recruited strongly in terms of the legal talent and experience across the business and completed a high number of strategic and considered acquisitions which have strengthened our position.
“We’re currently looking to complete further acquisitions in the coming months as some law firms leave the market ahead of new reforms scheduled for next year, so we expect further growth over the coming 12 months.”
Hudgell Solicitors has acted on behalf of clients in some of the UK’s most high-profile legal actions, including 33 former sub-postmasters convicted in the Post Office Horizon scandal, victims of the Windrush Scandal and families of victims of the Manchester Arena bombing.
In April, a partnership with independent financial advisers Frenkel Topping was announced, creating Hudgell Financial Management Services, which provides long-term financial advice and support to injured clients. An in-house professional deputy was also recruited to provide support to those managing the finances of those left without mental capacity.
Mr Hudgell says being named in The Times Best Law Firms 2021 can help the firm gain further momentum, and he expects to complete more acquisitions of cases from those looking to exit the personal injury and medical negligence markets ahead of new reforms next year.
“The Government is planning to implement new rules that means most of those injured in a road traffic accident will not be able to instruct a lawyer to make a claim of £5,000 or less. For some law firms who handle large volumes of smaller claims, it will make it very difficult for them to carry on offering personal injury services, so they are already talking to us about either transferring their personal injury work to us or in some cases, about us acquiring their firm,” he said.
“As a large national firm, we have the ability to seamlessly take on large volumes of claims whatever their size, ensuring that clients are well supported and that their claims, for which they need and deserve legal support, are run successfully.”