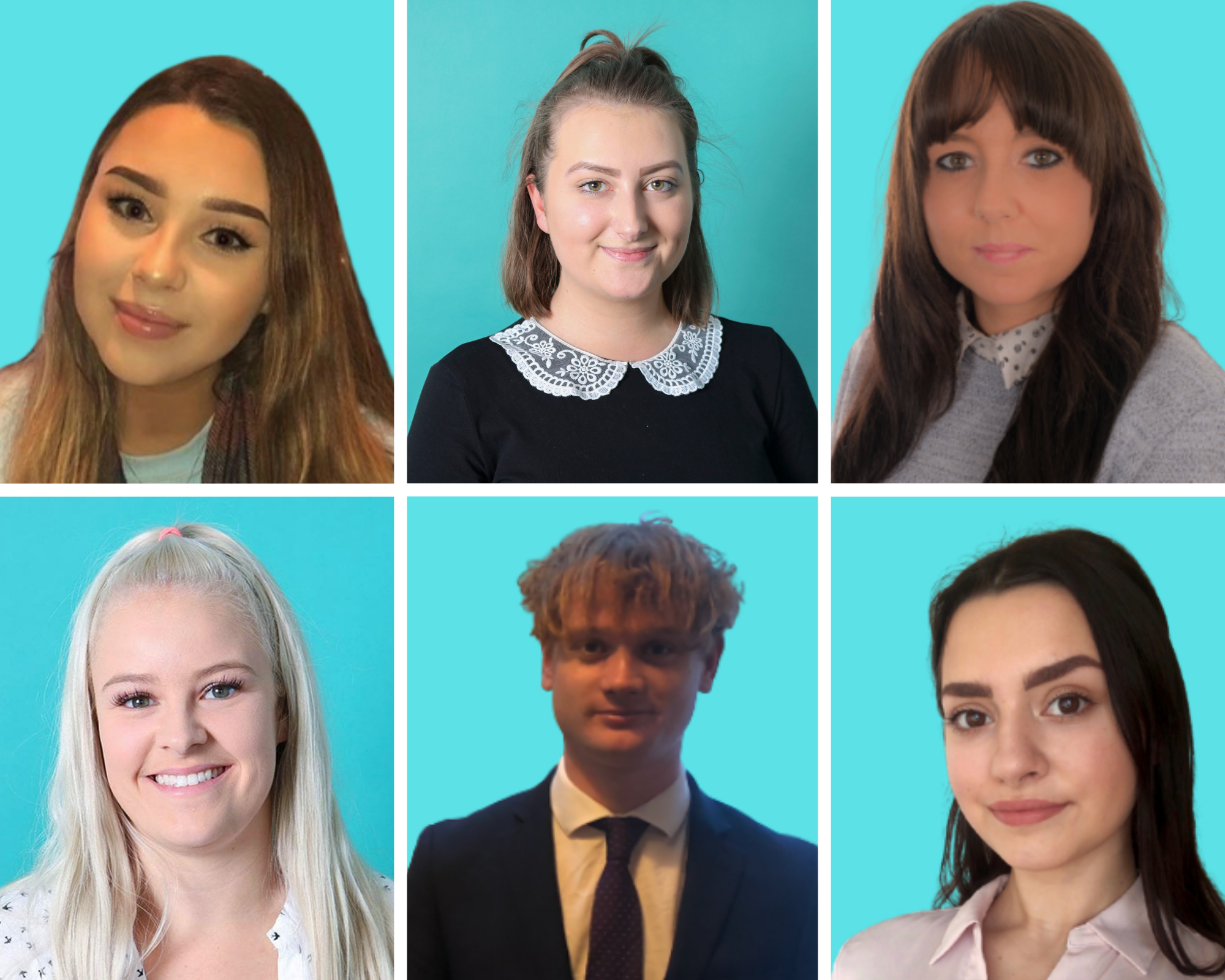 Hudgell Solicitors has announced the appointment of six new trainee solicitors under a new scheme enabling them to earn and learn – benefiting from accruing a period of recognised training alongside their studies.

As a sign of investment in its own in-house legal talent, only existing internal candidates with at least six months’ prior work experience with the firm have been selected. They are;

With key consideration given to the changing nature of the training and qualification regime for prospective solicitors with the forthcoming Solicitors Qualifying Exam (SQE), Hudgell Solicitors’ new training contract offerings are to be based around the internal candidates completing the Legal Practice Course (LPC) part-time, over two years.

Mrs Di Clemente said: “Our first route will include advisers within our New Claims unit; they do a very important job and speak to prospective clients about a variety of legal issues, every day.

“Their role is often underestimated; this role exposes our colleagues to some of the most challenging discussions requiring the highest levels of client care and legal research.

“The training contract starting in this area it will be tailored to allow colleagues greater input within the new claims process and the ability to assist with more advanced stages of the claim. Trainees will then go on to gain experience in specific legal areas during the final year of their training contract.

Juggling studying alongside a need to continue earning and raising a family is something Mrs Di Clemente has first-hand experience of, and she says this approach will help those juggling such demands.

“Our new flexible routes to qualification as a solicitor reflect the changing nature of the qualification regime as well as benefitting candidates wishing to complete their LPC part-time alongside gaining work experience,” she said.

“The firm’s new training contracts mean that, even while studying the LPC part-time over two years, the total time to qualification could be as little as two-and-a-half years with relevant prior work experience.

“As someone who had the benefit of undertaking this route myself, alongside juggling a full-time job and two young children, I am a passionate advocate of finding ways to make qualification more affordable and meaningful.

“My own children were already in school and I was in a full-time job when I decided that I wanted to qualify as a solicitor. I had already gained 10 years’ experience in the legal sector and simply wasn’t in a position to give up my job to take up a standard trainee solicitor position.

“I look back and can’t quite believe I managed to find enough hours in the day to study, work and be a hands-on mum, but I did. It’s now my job to ensure that others get this opportunity.”

A creative step towards transition to the new SQE

The SQE recently approved by the over-arching regulator the Legal Services Board is the new independent centralised assessment for all would-be solicitors.

It will not be introduced until September, but the SRA has recognised the need for transitional arrangements, which means an individual already studying or training can continue to qualify through the existing routes, or choose to do the SQE.

Hudgell Solicitors’ newly appointed corporate services solicitor, John Cuss, will be dedicating part of his role to overseeing the new cohort of trainees.

Hudgell Solicitors has recently been added to The Times newspaper’s list of the top 200 law firms as well as being nominated for a host of industry awards while growing its portfolio of high-profile national claims.