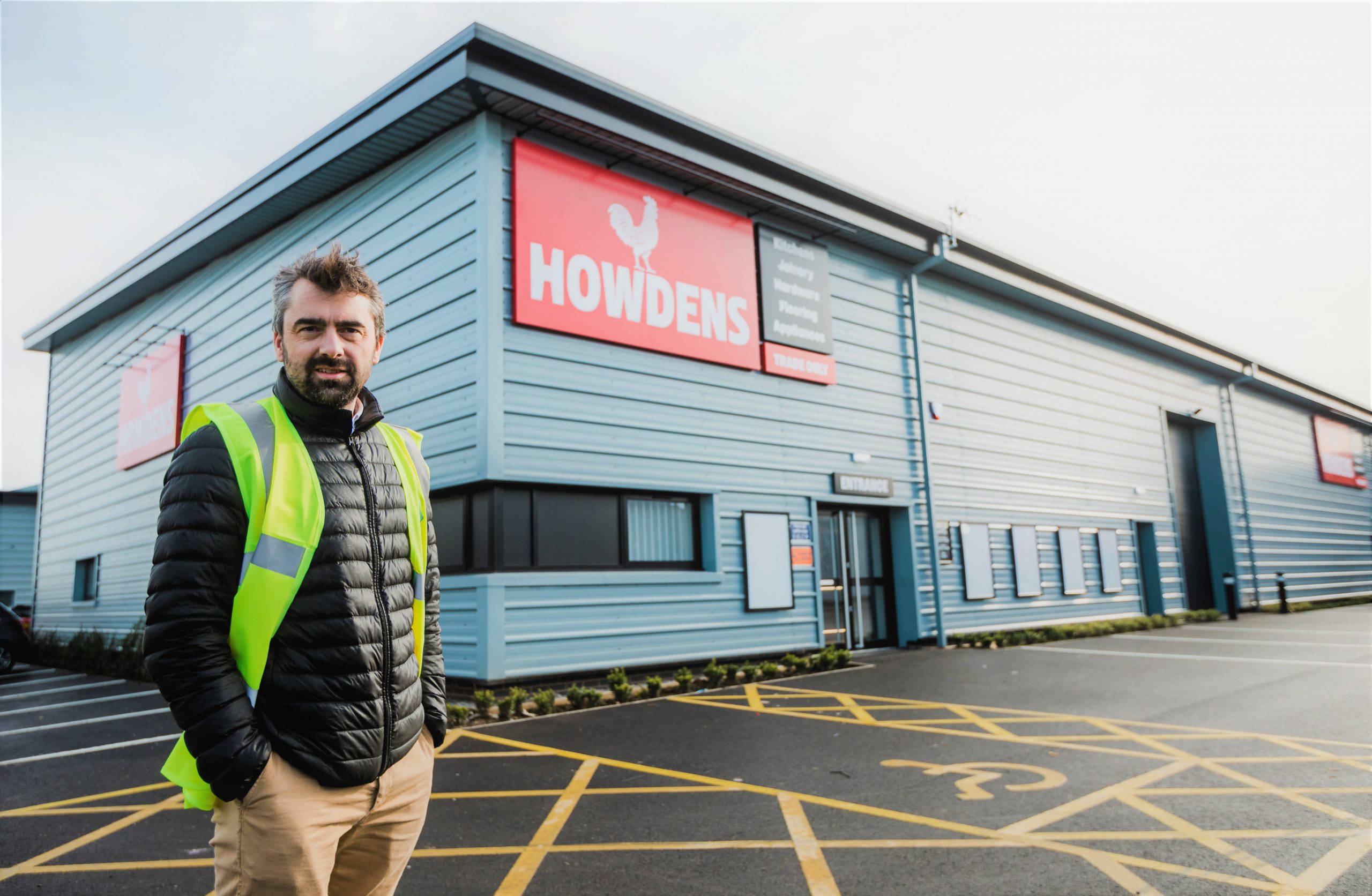 The company behind the expanding Trade Yard brand has welcomed the opening of a UK-leading DIY business to take one of its sites to capacity while confirming a deal with another industry leader at its newest development.

Allenby Commercial, based in Hull, confirmed The Trade Yard Beverley was now full following the opening last week of the new local branch of Howdens in the final unit.

The company also confirmed that a deal had been agreed to lease the first unit at The Trade Yard Willerby to another national brand that is close to announcing its plans.

Andy Hayton (above), a director at Allenbys, said: “We began development at The Trade Yard Beverley in 2016 and quickly attracted Screwfix as a national brand to sit alongside some thriving local businesses which were already on the site.

“Since then we’ve built more units and added some more local businesses as they expanded but we’ve also retained the national interest which has been a feature of all our Trade Yard sites. Howdens is one of the high-profile tenants at The Trade Yard Scunthorpe, and our investment in Beverley presented them with the ideal opportunity to upgrade their presence in the town by relocating from their premises nearby.

“We only completed the acquisition of The Trade Yard Willerby in autumn 2020 and we started work straight away on redeveloping the site because we had such strong interest. We are delighted to have agreed a deal already with another leader in the DIY sector and we look forward to them revealing their plans very soon.”

Howdens, which has nearly 750 branches in the UK, announced in its 2020 preliminary results last week that the new Beverley branch will be one of around 45 new depots in the UK this year, building on last year’s total of 16 openings as the company bounces back from the impact of Covid.

Allenbys have transformed The Trade Yard Willerby from a former electrical goods showroom and offices to create up to 20,000 square feet of units to rent with yard space and car parking. The first arrival will occupy a unit of 6,250 square feet.

The location is across the road from a bustling retail park with tenants including Waitrose, B&M and McDonald’s and with plans approved for a KFC outlet. It is also close to a large hotel and Aldi and Lidl stores.

Dave Garness, managing director of Garness Jones, said: “The success of The Trade Yard Beverley underlines how important it is to get the right ownership for a site. It needed the input of a good developer, which is what Allenby Commercial is. They have upgraded the site to a very high standard capable of attracting exciting new businesses from the local area as well as national brands.

“What they all benefit from is the presence on their doorstep of plenty of chimney pots with established residential areas and new developments, and it’s the same at Willerby.

“It’s convenient for staff and for customers and another big advantage at Willerby is that The Trade Yard is in an extremely busy area, established as a commercial hub and attracting very high levels of footfall.”