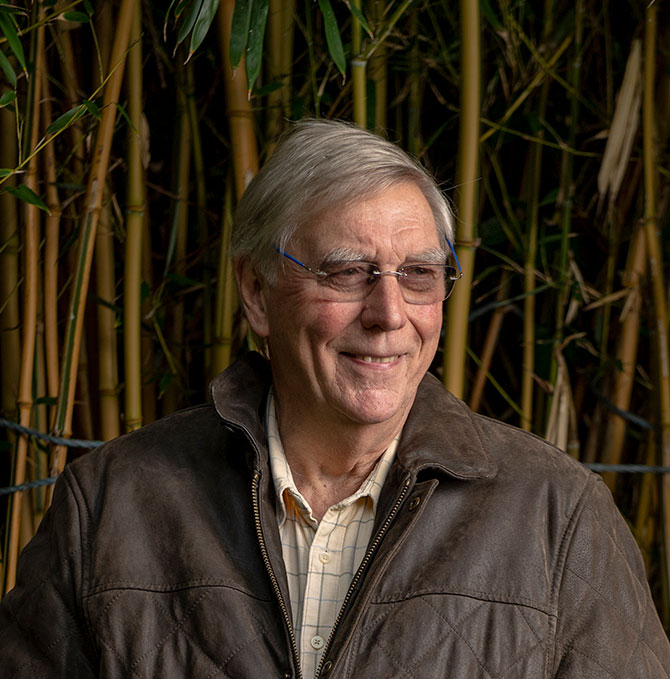 Michael Lamb is in splendid form on his home turf…humorous, knowledgeable, articulate and candid. An afternoon in his delightful Edwardian home on the outskirts of Worcester city centre involves discussion of smuggling, animal trafficking, scuba diving, hot air ballooning, life in the construction world, Pakistan…and much more.

The sprightly entrepreneur jumps readily from one subject to the next, often with a mischievous twinkle in his eyes. This is a man who has lived a varied and fulfilled life, happy to dip into his considerable memory bank.

Not that he is able to reveal everything….as he says: “I am not in a position to reveal entirely what I do because of the nature of the business and the people we work with. You can’t tell a smuggler how you are finding them. Everything people need to know about the business is on the website.”

Michael is the brains and inspiration behind Syentium, leader in the design, development and implementation of sophisticated artificial intelligence software which automatically detects targeted illegal items.

His hi-tech software can be used to detect all manner of smuggled items from guns, weapons, protected species to illegally smuggled wildlife. The Syentium story has been picked up by no less an institution than Interpol, whose Wildlife Crime Working Group has globally streamed a video presentation by the x-ray specialist.

“We have some of the cleverest software imaginable. We have a nice little niche, we are working with Governments worldwide. Wildlife can often be an emotional subject, you are dealing with species like elephants, rhinos, pangolins etc.

“The global detection rate is appallingly low out there but we are doing what we can to improve it. The job is about perseverance to develop and deliver the right systems. The biggest problem is corruption, it is so easy to smuggle, there is also a global staff shortage of competent, dedicated people. It is so easy for people to look the other way.”

The scale of the illegal wildlife trafficking problem – and its potential ramifications – can be illustrated by any number of examples, even baby eels.

“When smuggling out of Africa and moved to China or Asia it changes in value dramatically to give you a multiple of 10, 20 or more….our task is to stop that.

“We are working with several Governments worldwide who want to improve their security. We do the targeting, the detection. We do not sell the machines, it’s all about the software and the service. It’s not up to us to stop it (smuggling), it is up to us to inform.”

Michael’s decision to go it alone with Syentium 12 years ago followed a varied business career which embraced wide ranging management experience in the construction sector, where he cut his teeth in a variety of exotic locations from Oman to Pakistan.

Like many dyslexia sufferers, he channelled his energies from an early age into abstract thoughts. “My teachers used to think that I was clever, I could verbally work out and explain my understanding, however I found it difficult to write my thoughts.

“ I can link abstract ideas to abstract items, necessary to find a solution. I never consider myself creative, but I do have ideas and concepts.”

Born in London, Michael grew up in Pershore. “I wanted to join the Army but then I realized you get shot at, so I didn’t do that. I wanted to be a pilot but that didn’t happen.”

The young Mr Lamb went on to undertake a five-year course in building and surveying, which would lead to a varied career with a string of well-known construction firms, including Bovis, Costain, Laing and Tarmac.

Michael describes his spell with renowned construction firm Laing as “quite interesting.”

“I moved to London and was working at the Elephant and Castle where we were building a massive housing estate out of pre-fab concrete panels.”

Michael left London when he switched to Costains. “The job was working in Oman out in the Middle East as a planner. I remember catching the plane at Heathrow and thinking ‘what have you let yourself in for now?’

“I got to Oman and the people were fantastic. We were building Royal Oman Police Stadium. The Royal Police were mounted and they wanted 48 stables in 24 hours. We put together a plan and re-organised everything to start building a pre-fab stable block. As a result of our success we got a multi-million-pound contract.

“I came back to the UK and worked on the Trans-Arabian pipeline, on the world’s largest dry dock in Dubai and on an airport in Yemen. I went to Jeddah, they were great people. I met a really wide variety of cultures ….I spent a lot of time working with various UK and US consultants on various projects which resulted in being awarded the Jeddah shipping container contract.”

Michael was later head-hunted by a firm of entrepreneurial investors and found himself in Pakistan working as a planner and surveyor. “That involved extensive travel to the tribal Afghanistan border, and the Kashmir border with China, which was a mind-blowing experience, especially when you consider the current situation in Afghanistan.”

Moving back to the UK he landed a job with Bovis. “My role was writing technical proposals. I had to look at what we were trying to build, work out how we were going to do it, write the document, advise the team ready for the interview with the prospective client.”

A subsequent move to Wolverhampton-based Tarmac added to his construction experience and saw him put down roots in the West Midlands, setting up home in the handsome detached house in Worcester where he still lives more than 30 years later.

“I learnt public communications, going around lobbying. I was a whizzo at PFIs – a friend of mine did prisons and I did hospitals. I was working with a lot of banks, and I learnt a lot. I became skilled in the art of reading and understanding competition rules, EU procurement rules etc because I was an unconventional thinker.”

His construction experience was to lead to a career-changing move which would eventually see Michael become the driving force behind Syentium, the hi-tech x-ray systems and AI specialist targeting today’s generation of smugglers.

“I was approached by a US company called EG and G Astrophysics, based in Bristol. They built x-ray systems – I said: “I do not know a thing about x-rays’ and they wanted you to talk to people and show them how they can acquire an x-ray machine. The machines allowed a 40 feet shipping container to be x-rayed whilst still on the lorry.

“They wanted me to write technical proposals, talk to customers. The x-ray machines can be used at borders, ports, harbours etc. My role was to get the machines out to the customers. I used to go a lot to the United States, my primary area was Europe, plus the Middle and Far East. This was my introduction to x-rays.

“You had to get your name on the tender list, my experience of writing technical documents came into it. The machines cost millions.”

Michael left EG and G Astrophysics when the firm moved from Bristol to High Wycombe, the catalyst for the latter-day enterprise which would become Syentium.

Michael admits the advent of Syentium carried potential risks. “If you do anything yourself, it is a financial gamble. But I am now giving back, I was educated by the Government, college was paid for, I now take on work experience people, students …I can say that I am providing tools for anti wildlife-trafficking. It is non-invasive, it does not stop free flow of trade or movement of passengers.”

With wildlife trafficking amounting to 50 per cent of Syentium’s software detection – fiscal protection helping Governments target money laundering and tax evasion makes up 40 per cent with commercial manufacturing providing the remaining 10 per cent – Michael is acutely aware of some of the challenges he faces.

“Animal diseases can always be transferred to humans. There is a big, big threat from Zoonotic diseases  ie  monkey diseases, from rats, apes, pangolins, snakes…items like pangolin scales can fit in suitcases.”

Syentium has some powerful allies in the battle against modern-day smugglers. As well as Interpol, the core software has been aided by Home Office, Foreign and Commonwealth and European Union Regional Development funding. Key elements have been tried and tested by the UK Border Force, the Foreign and Commonwealth Office, the Jamaican security services and others.

Meanwhile, Michael is keen to praise the help he has received from Worcestershire County Council and the Government.  “We get an ERDF grant which gives me a large percentage of my capital expenditure back. And the Department for International Trade has been exceptional. The local representative and others globally have listened to what I have had to say, and they have been totally and utterly supportive.”

Michael admits steering his own anti-smuggling ship at this stage of his long business career has significant advantages. “It was a massive change moving from construction, although the management tasks are similar. But with this, I do not have to go through a chain of command – you are relying on your own decisions.

It’s an interesting philosophy from a man who in his younger days embraced the thrill of adventure as a qualified scuba diver in Oman, Jeddah and Barbados and enjoyed hot air ballooning. Clearly, the Worcester anti-smuggler still relishes a challenge or two.

“Some days it is a struggle, on a good day, it is good. I will carry on with this until I do not understand the technology that I need to work on or somebody comes in with an offer….”