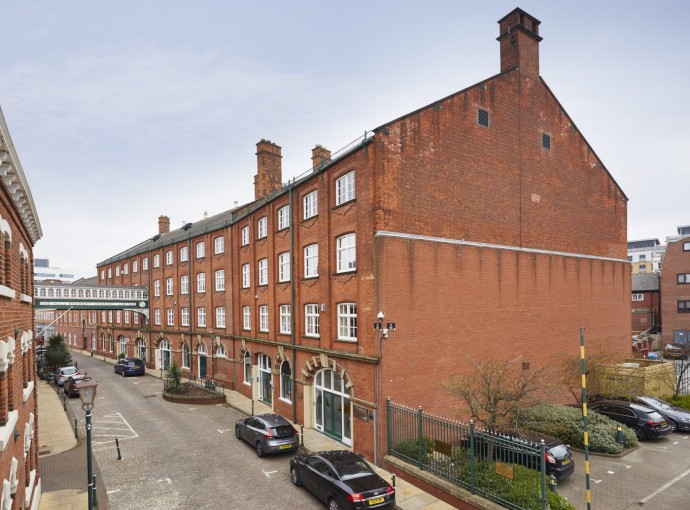 Anchor House, a historic former Hull Brewery building that forms part of the Maltings development, has undergone a major refurbishment – transforming it into a fresh and modern working environment.
The third-floor suite is the latest to be marketed by PPH Commercial after a near-£400,000 investment by owner Catalyst Capital, which has seen the reception and communal areas revamped, a new air-conditioning system installed and the offices styled in a chic industrial finish.
Over the past two decades, the Maltings has attracted a wide range of local, regional and national companies.
In the past 12 months, the Leeds-based remortgage giant Enact Conveyancing and Vertual – a leading UK provider of virtual reality training in radiation therapy – have both chosen Anchor House as their new Hull headquarters.
Ben Cooper (left), divisional director of the business space agency team at PPH, has praised London-based Catalyst Capital for its speculative investment and believes it proves that Hull is a great location to do business.
Mr Cooper said: “Catalyst is a forward-thinking landlord which is willing to commit to speculative investment because it’s seen how successful this strategy has been by attracting ambitious companies like Enact and Vertual.
“Although this type of investment does come with an element of risk because there is no guaranteed tenant to occupy the refurbished space, it’s great to see that Catalyst has huge faith in the city and its economy.
“I believe the company should be praised for adopting this strategy because it provides a significant boost for Hull and its residents by helping to create new much-needed jobs.
“Hopefully, the success that this speculative investment has enjoyed will give other commercial property owners the confidence to do likewise.”
With more than 10,000sq ft of space available, the Anchor House suite – which can be divided up into smaller office spaces if required – would be ideal for a call centre, professional business or any company working in the creative sector.
Sarah Cooper, portfolio manager for Catalyst Capital, said: “The historic former brewery building obviously has lots of character so we’ve tried to be sympathetic in our improvements – by adding LED lighting and opening up the ceilings – to enhance its natural features and charm.
“In its previous condition, the offices were a bit dated and almost unlettable but we’ve now created a lovely, modern open-plan environment which is perfect for a new business or one which wants to relocate.
“We’ve already enjoyed reasonable levels of interest and we’re confident we can attract a prestigious tenant in the near future.”