Holding all the cards 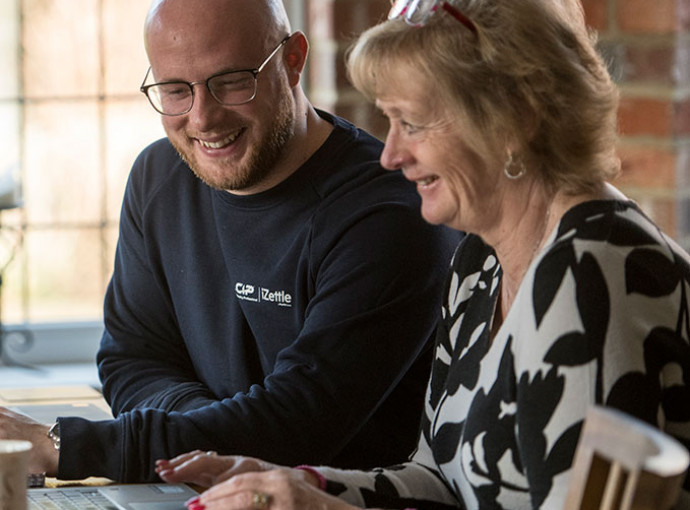 This entrepreneur interview has ended up becoming something of a case study, too. When I was looking at the website of Card Industry Professionals ahead of my chat with Ciaran and Lyn, from the Grimsby company, I thought, hang on – I have a card payment terminal… maybe they can help me save some money?
I run a small publishing and mail order business from home and, as I’m sure many fellow business owners will agree, you’re often so busy that investigating the minefield of card processing charges is not really at the top of your list of jobs. I vaguely remembered signing a contract with one company a few years ago and had no idea whether the rates were still competitive, or whether I could get a far better deal elsewhere.
However, whereas it’s easy nowadays to go online and switch your car insurance or gas bill, the card payment processing industry is far less transparent – there are so many companies out there catering for all sorts of businesses, from huge national retailers to people like me. And as luck would have it, Card Industry Professionals (CIP) is dedicated to helping people like me.
“That is exactly the experience of a lot of the market we focus on, which is independent business owners and small to medium-size enterprises,” says CIP founder and director Ciaran Savage. “It’s someone like yourself, or a florist, or a pub, where the owner is concentrating on the business, and to actually understand the agreements, the different rates and the added-on fees can be a bit frustrating or confusing.”
But how does a family firm based in Grimsby get a share of this huge market and still be able to beat some of the bigger players on price, I wonder? Lyn – operations director and Ciaran’s mother – explains how CIP came into being.
“I started in the industry about 22 years ago with a local company called Cardsave,” she says, “which has since been bought out by Worldpay. Cardsave was actually the first ISO (Independent Sales Organisation) in the industry – which was then something new for the UK – and I worked for them for eight years; I did the application process, sales support, and learned a lot about the business.”