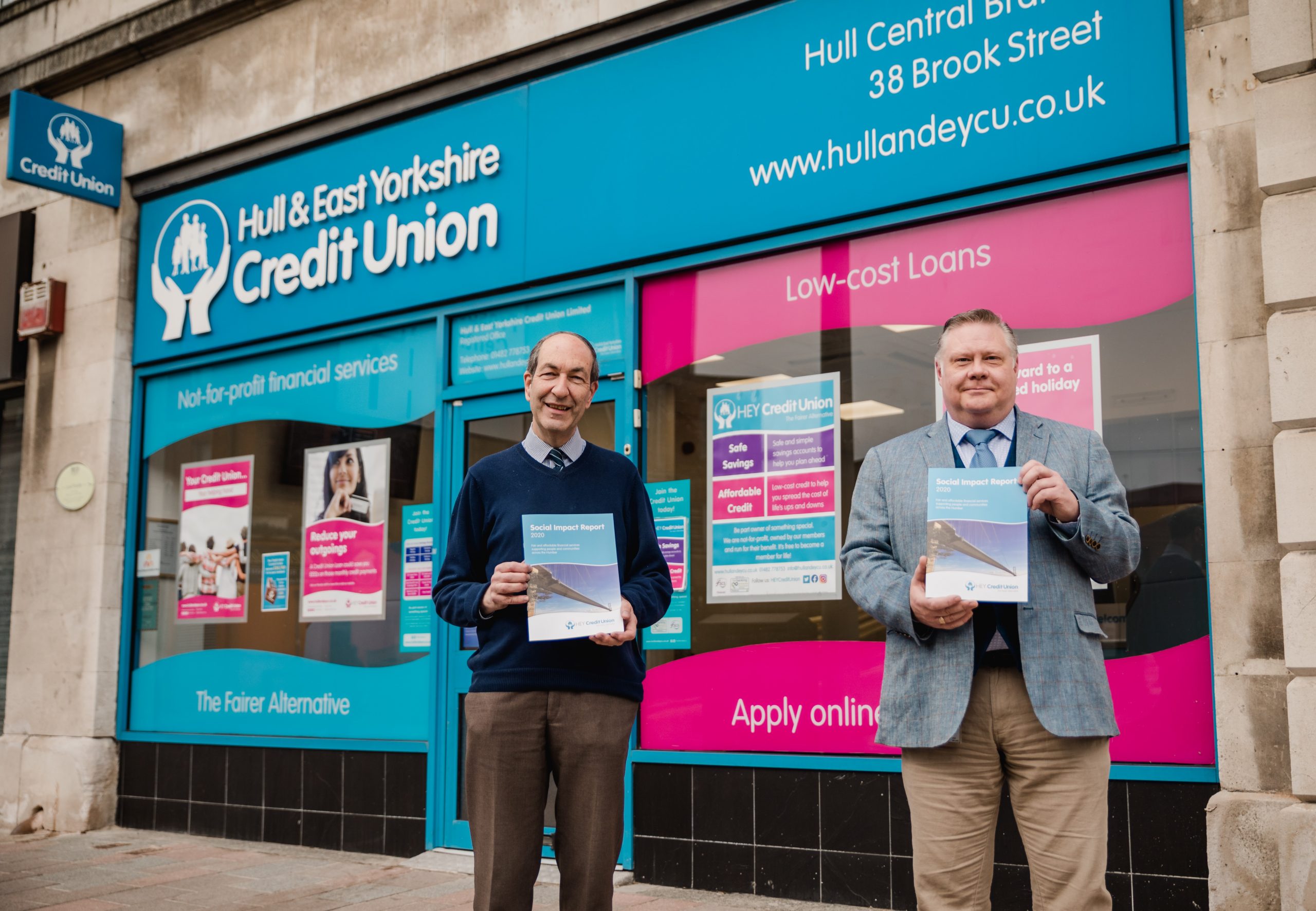 An organisation that has been providing a loans and savings lifeline for families for 21 years has marked the milestone by publishing its first social impact report.

HEY Credit Union is also using the findings of the study to plan further expansion and help more people across the Humber region to manage their family finances.

As a not-for-profit mutual business with a head office in Hull and branches in Beverley, Bridlington, Driffield, Goole, Scunthorpe and Withernsea, the credit union has more than 15,000 members and assets of £14 million.

Current priorities are to increase the membership served by the network in East Yorkshire and to open a branch in Grimsby to expand the services in Northern Lincolnshire.

Andy Stankard, HEY Credit Union’s president, said: “The seeds for the report were sown a couple of years ago when we looked at some facts and figures and found that people had saved over £15 million in interest charges on loans by joining us instead of going to loan sharks or pay day lenders.

“Keeping that money in our local economy makes a massive difference. Without the credit union that money would have gone out of the Humber region. We made sure it stayed here.

“I was quite shocked when I read the report. There’s nothing in it that I didn’t know but when you see it all together like that and you see what we have done it’s a bit of a wow! From where we began to where we are now is a massive journey and we have done well.

“We are one of the most successful credit unions in the country and one of the most respected, and our aim is to continue to grow by attracting more members in the areas where we already operate and by opening a branch in Grimsby to meet the demand which we have identified as a result of our work from the Scunthorpe branch.”

The member-owned organisation was founded by volunteers as the City of Hull Credit Union in 1999. Over the years it has expanded to cover the Humber region with an elected board of directors, a chief executive in John Smith, 22 staff and a team of volunteers.

The report reveals that so far HEY Credit Union has issued more than 50,000 loans to a total value of £40 million and looks after members’ savings of £12.5 million.

In addition to providing sources of credit at a fair and reasonable rate of interest, HEY Credit Union educates members of the community in the wise use of money, the management of their financial affairs and the successful operation of a co-operative business. The report says 70% of borrowers go on to become regular savers.

Options to encourage regular saving and sensible borrowing include enabling Child Benefit to go straight into a member’s account, and partnering with more than 20 employers to allow staff to save and repay effortlessly direct from their wages. More firms are being encouraged to offer this popular benefit.

Since 2015 HEYCU has worked with the Stop Loan Sharks project and with local authorities to offer incentive bonuses to people who open and use a Christmas Saver account for the first time. The scheme uses money from the Proceeds of Crime Act, funded from convicted loan sharks.

Andy said: “The common perception of a credit union is of a poor person’s bank but that really isn’t the case. Many of our members work full-time in very good jobs and they use us because they trust us. When the banking crisis happened in 2008-09 credit unions were not affected, because we are not in the casino gambling banking market.

“We want to challenge any perception that we are not a proper bank. In Australia, Ireland and the United States, credit unions are bigger than the banks. You can save safely with us, you can take loans out with us, we can beat what the banks do and we are ethical.

“We are the only bank based in the region with a five-star Fairbanking Mark and we want to get the message out that if employers want to be responsible and look after their employees they should consider allowing deductions for credit unions because it is a valuable service and something we can do to support their wellbeing.”