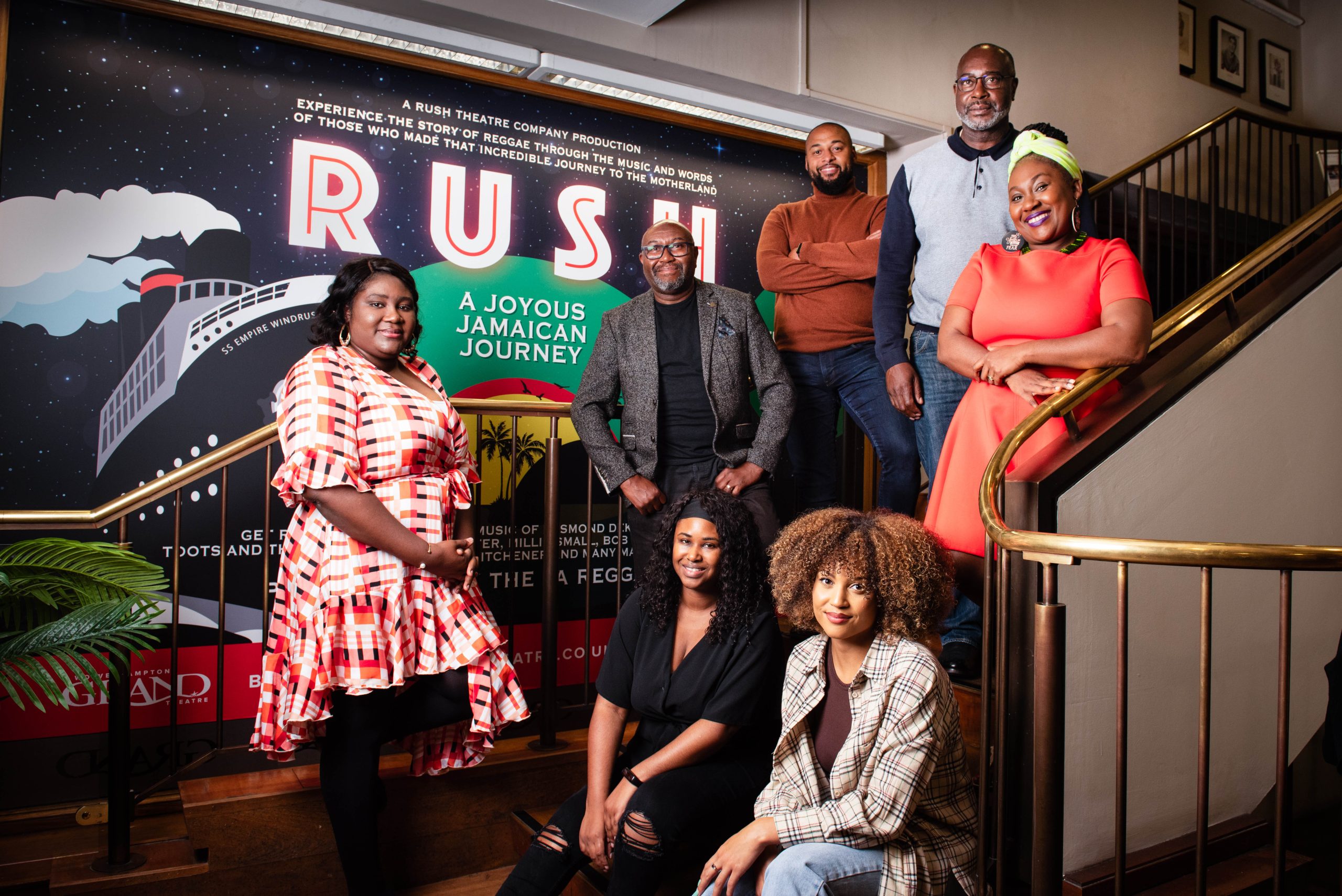 Wolverhampton Grand Theatre has officially announced a new team of theatre ambassadors who will help the theatre in its mission to ensure the diversity of its audiences reflects the city’s population.

Tonia is an actress, award-winning writer, published author, director/casting director, and producer. She has been working in the creative industries for more than 21 years and throughout her creative career, she has been committed to discovering hidden talent from across the West Midlands.

She said: “The Black African and Caribbean Ambassadors group is a fantastic way for the Grand Theatre to show that representation matters. Our communities will feel seen and this will be reflected within the shows and projects we develop. I am so excited about our next steps at the Grand.”

On the launch of the new ambassador group, Vicky Price, associate director of development and communication at the Grand Theatre said;: “We’re extremely pleased to welcome this new group of ambassadors to the Grand Theatre. We are already hugely grateful to Tonia and the team for the efforts they’ve immediately put in to help us reach new audiences and we’re very excited by the plans we’re preparing for the future.”

Pamilerin Beckley, a Birmingham-born digital communication professional with a passion for storytelling. As the Architect of Stories of The Haven, Wolverhampton, she engages with various stakeholders to explore how their stories can be told, through digital mediums, as a catalyst for change. She spent her early years in Freetown, Sierra Leone, where she developed a keen interest in advocacy for women’s rights and the betterment of young girls.

Sophie Clayton, also known as Sofie Anné, is a young singer/performer born and raised in Wolverhampton. From a young age she has been surrounded by music with influences from her aunt Beverley, aka Wolverhampton’s own soul queen, Beverley Knight.
Sophie attended Birmingham Ormiston Academy (BOA) which is the sister school to the Brit school in London, where she completed a two-year music course. She performs for exclusive luxury events around the UK and internationally and has made several TV appearances on BBC Songs Of Praise and The Royal Variety Show.

Junior Hemans is an experienced consultant having worked for PricewaterhouseCoopers for 10 years up to 2011 and is now working as an independent consultant. Junior is also a non executive director for the Royal Wolverhampton (five years) and Walsall Healthcare (Feb 2021) NHS Trusts, where he serves as chairman of both trusts’ People and Organisation Committees. Junior is also chairman of Tuntum Housing Association since 2015 and has successfully led the organisation through a period of growth and significant development. Junior is a Prince’s Trust mentor and a property developer/landlord of more than 20 years.

Nathan John was born in Wednesfield, Wolverhampton. He left at 16 to pursue a career in the British Army, and over the course of 20 years as both a soldier and attendance at the Royal Military Academy Sandhurst, as an officer, he served on operations in Kosovo, Sierra Leone, Iraq and Afghanistan, Germany and culminated in a high-profile role in Nato. He has a Masters degree from Kings College London, and Bachelor degrees from Northumbria Business School and the Open University. Nathan is also a member of the Institute of Directors and CIPD. A natural entrepreneur, he has built businesses, including a property portfolio and media company, and was shortlisted as New Leaver of the Year at the Ex-Forces in Business Awards 2020. Now an author and TEDxl speaker, his debut book, Decision Point is a culmination of his personal development journey and a synthesis of his best lessons for success.

Carl McGregor is a Wolverhampton lad, born and bred. As a child he started playing keyboards and drums in his father’s church. He has been a professional musician for 40 years and has travelled to various parts of the world. He has worked with a wide variety of artistes such as Cliff Richard, Roy Castle, Michael Bolton, Gospel legend Andrae Crouch, and Beverley Knight. Carl has also worked with young people in institutions such as schools, churches, and even prisons, helping them to realise their potential.

Simone Stewart is a proud Wolverhampton girl. After graduating from University of Wolverhampton she went on to work in journalism, starting out at BBC Sport. Simone is an award-winning video journalist having previously worked for BBC News and BBC Sport making digital videos. “I’ve always been passionate about storytelling and giving a voice to the voiceless.” She is currently an assistant producer for a production company working with clients such as FIFA, UEFA and the FA. In her spare time Simone loves F1, football, food and travel. When asked to be an ambassador for the Grand Theatre, she said: “It was a great honour to be asked by one of the biggest landmarks in Wolverhampton to not only represent them but also represent the black community and draw a more diverse and younger audience to come to The Grand.”