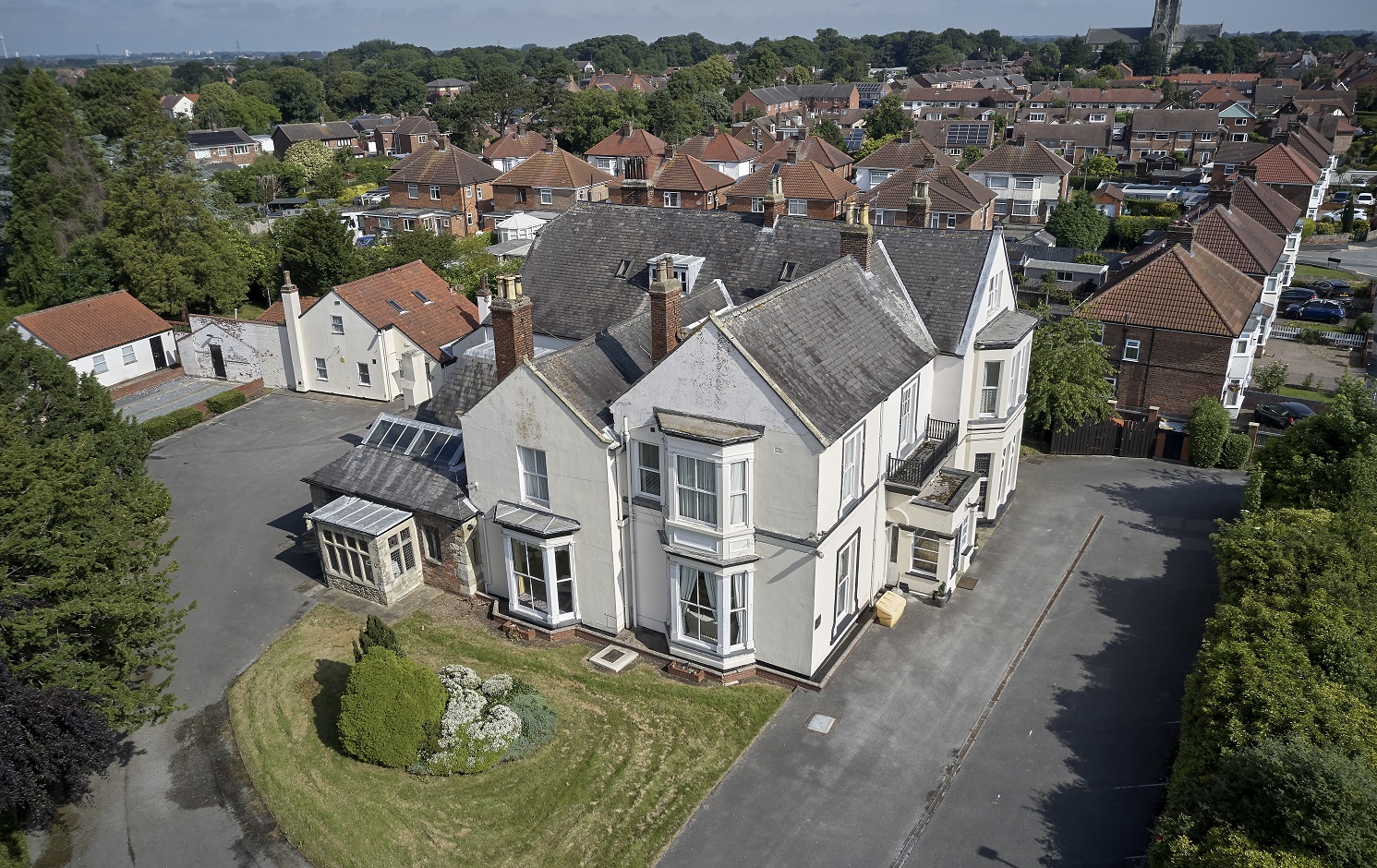 A stunning Grade II listed East Yorkshire building that experts say is ‘perfectly suited’ to be developed into a modern luxury hotel, spa, or wedding venue has been placed on the market with an asking price of £1.5 million.

It was built sometime between 1830 and 1840 and was given its name when occupied by Colonel William Lambert White, who was mayor of the town on three occasions.

During his occupancy he built a room almost entirely of church stones complete with gargoyles and other pieces of church masonry. This feature remains in immaculate condition today, alongside many other period features.

In recent times Lambert House, which is 10,860sq ft (823sq m) in total, has been used as a conference trading facility and guest house for BP Chemicals.

It is currently owned by the PX Group, an asset management company for the energy and high-hazard industrial sections, which has now decided to sell.

Paul White, agency director at commercial property specialist Garness Jones, which is handling the sale, said: “What we have here is a really spectacular property which has been maintained to the highest standard by its owners and now presents a great opportunity for a buyer to come in and create something really special,” he said.

“When you walk around the building you can’t help but be struck by its beauty, the many historic features, and the potential for it to be transformed into a modern facility.

“It is perfectly suited to become a guest house, hotel, spa or perhaps a wedding venue.”

Mr White says he expects interest in the property to be high, particularly given its location on Sheriff Highway, approximately half a mile from Hedon town centre and close to the proposed Humber Freeport, which is set to bring thousands of new jobs to the region in the coming years.

“The building ticks all the boxes for a potential investor. It has a real history to it, has been maintained in a superb condition, has substantial grounds and has potential to be converted into a number of uses with planning,” he said.

“I expect there to be significant commercial interest, but of course there is also the opportunity for an individual to purchase it as a property for personal use. It would make a stunning home, of that there is no doubt.”