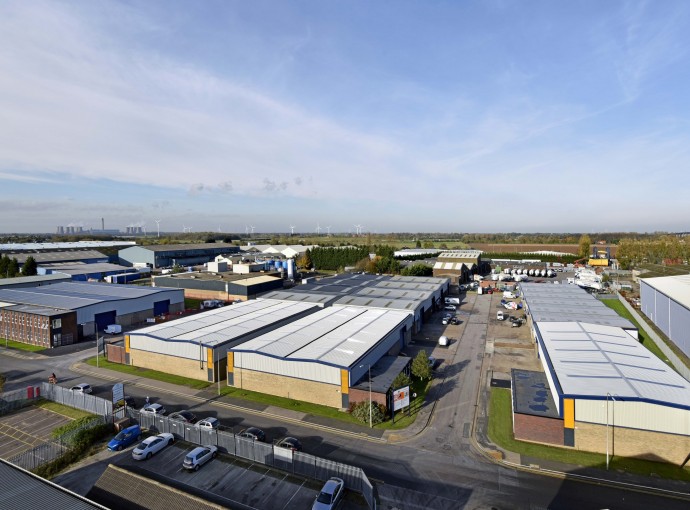 Phoenix Signs has become the latest addition to the hugely popular Larsen Trade Park, joining the likes of LW Print Finishers, SAS Autoparts, Graham plumbers, DHL and Jewson builders’ merchants.
The signage contractor, which acts for a larger number of national clients, was previously based in nearby Eggborough and the move should allow it to achieve its long-term growth ambitions.
Yorkshire Doors Systems, a leading supplier and installer of commercial or domestic garage doors, has also relocated to the Goole site from Knottingley.
Established in 2006, the company is known for its comprehensive product range and ongoing maintenance expertise and the move should pave the way for its expansion.
Ben Medhurst (left), who leads the industrial agency team at PPH Commercial, said: “I’m thrilled to announce the letting of another two units on behalf of the Avon Capital Estates, a forward-thinking landlord which is investing significantly in this business park and the future of Goole.
“Thankfully, the extensive investment and refurbishment is now really beginning to pay off. This is great because it helps to attract new businesses to the area and usually provides the local economy with a jobs boost.
“As it stands, we’re still fielding interest in this estate and another unit is currently under offer to a regional company, which should complete in the near future.”
In the last year, the newly refurbished Opus 36 trading estate in Goole has also attracted furniture manufacturer Harvey George and national fishing bait producer Aqua Feed. The site is managed by PPH Commercial on behalf of Dean Property Group.
With other big-name brands such as Howden’s, XPO Logistics and Cemex already in the town – and Siemens Mobility planning to open a £200m rolling stock manufacturing plant there in 2023, Goole is turning into an employment hotspot.
Mr Medhurst believes this is because of the skilled workforce available nearby and its excellent transport links – including easy road access to the north and south along with access to the docks.
He explained: “The fact Goole is strategically situated on the M62 motorway and approximately 16 miles from the A1(M) means it has always been a popular trade location for a wide range of sectors. It’s perfectly placed between Hull and Leeds and also benefits from having its own port and good rail links.
“Goole is now a go-to destination for growing businesses. In my opinion, this will only accelerate once Siemens arrives, as this will help to attract other traders, and the town is definitely assured of a very bright future.”