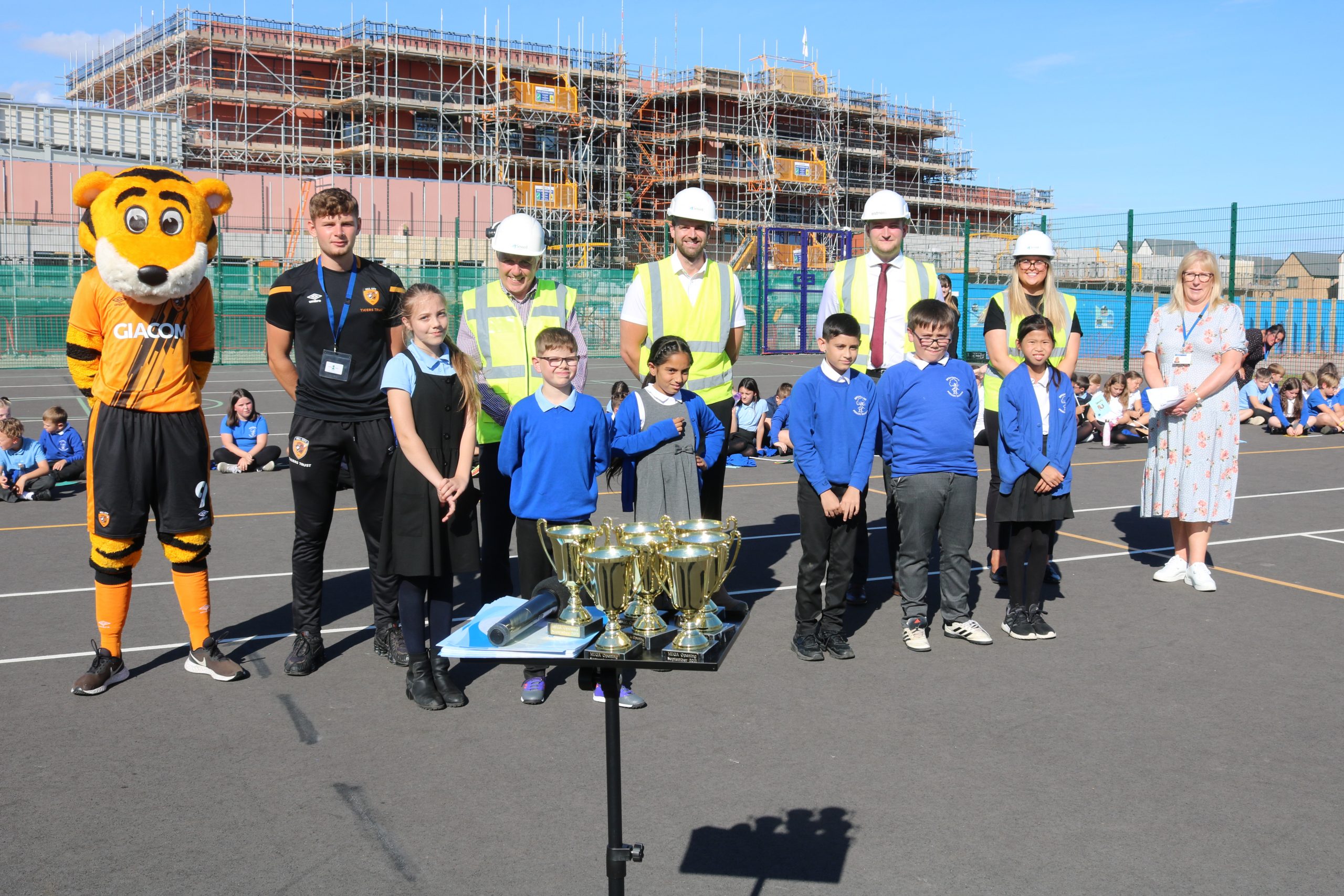 The new multimillion-pound Broadacre Primary School building has reached yet another milestone in its construction phase as the multi-use games area (MUGA) was completed just in time for the new school term to begin.

It comes just two months after Hull Esteem, Hull City Council and partner Sewell Construction celebrated a topping-out ceremony that marked the halfway point in the build, showing just how quickly works were progressing ahead of completion in September 2022.

Partners celebrated with a MUGA official opening involving all the staff and pupils from the school. Special guests included the Hull City mascot, Roary the Tiger.

Lisa Staines, executive head at Broadacre Primary School, said: “After the success of the topping-out ceremony back in June, we knew we had a lot to live up to when it came to celebrating the official opening of the MUGA – and it did not disappoint.

“We got the whole school involved in a full day of sporting activities on the new games area. Pupils surrounded the football pitches whilst they watched and created their own spectator banners to cheer their peers on. The children were so excited to be handed their certificates and trophies by Roary the Tiger.

“There has been a real feel of togetherness and inclusion facilitated by Hull City Council, Esteem and Sewell Construction throughout the construction phase of our new school; I’ve said it before, but it really does mean so much for the project team to become such a big part of our school community.”

The new school is being delivered by Hull Esteem Consortium LEP, the council’s pre-procured framework, which has led the delivery of £400 million of new and improved education facilities across the city, along with culture and leisure regeneration projects, including Hull New Theatre and Ferens Art Gallery.

Esteem general manager, Gavin Barley, said: “At the forefront of all our projects is good communication and relationship building between the client, the contractor and the end-user.

“Working with Hull City Council and Sewell Construction on another engaging event such as this has been a pleasure. The process instils such a sense of pride in the whole team, especially when we see the excited faces of those it means the most to – the pupils.

“The main priority for the site team is delivering the project to the agreed time scale and budget, but it is just as important to take a moment to really appreciate and celebrate the achievements made along the way too. After a busy summer period, it has given the team a real morale boost.

“We can now look forward to the final countdown to the completion of the school, with the next big milestone due early 2022!”

Works to the new school will increase capacity by 210 pupil places, incorporating a 10-place purpose-built space for children with autistic spectrum condition, a 52-place nursery, as well as enhanced external spaces and teaching areas.