From landlines to lockdowns 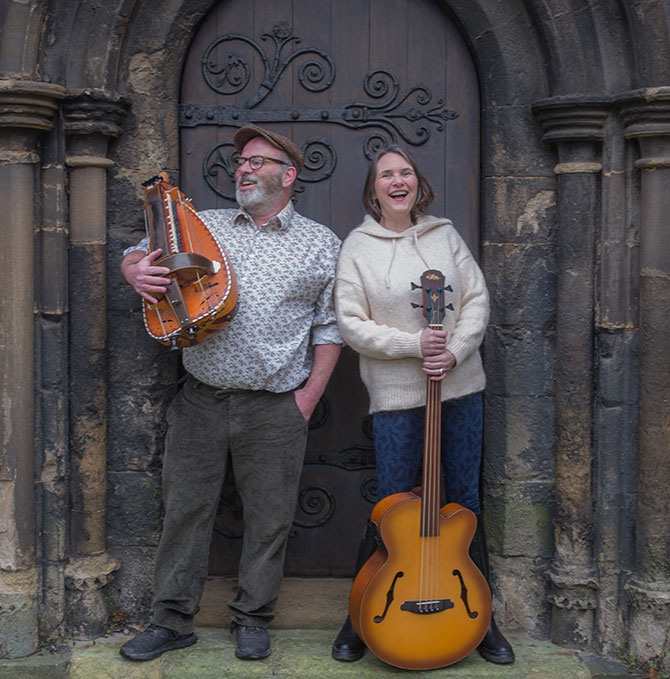 Technology is at the heart of the Red Guitars’ hotly anticipated reunion tour later this spring, Phil Ascough discovers.

Without wishing even for a second to doubt the profile and pulling power of the region’s bigger venues, the hot ticket of 2022 has to be at the Adelphi Club in April. Not just because it’s a comeback gig by the Red Guitars, but because it’s one of just seven shows in a nationwide reunion tour.

One of the finest bands to emerge from Hull, the Red Guitars were formed 40 years ago about now by a bunch of people who came to Hull to study. You won’t find them in the Top of the Pops roundups but you might see them on reruns of Old Grey Whistle Test, The Tube and equivalent shows throughout Europe.

Lou Duffy-Howard, known for her pulsating bass guitar and beaming smile, said: “We had so many creative experiences, writing and building songs and finding them come to life together as a team and we did UK and European tours which were so exciting.”

The Red Guitars were a John Peel favourite, Indie chart-toppers and way ahead of their time, as demonstrated by signature track Good Technology.

Over to Paul Du Noyer of the NME in August 1983: “Red Guitars itemise the sundry achievements of modern science, from underarm personal hygiene to the hardware of instant Armageddon. In so doing, the song constructs an unforgettable vision of a world that’s grown too clever by one-and-a-half at least.”

The question is how the band managed to achieve so much and build an international fan base at a time when technology was so limited, especially when you look at how it has been applied to bring the band back together again.

Technology is at the heart of the story behind the reunion itself. The original Red Guitars played their last gig in December 1985. The version that followed is barely acknowledged; the story about why is for another day but it just wasn’t the same and it didn’t last long.

But the original singer Jerry Kidd kept the website ticking over, Lou looked after the social media and they were noticed by Steve Homer, a music industry big shot as CEO of AEG Presents, and a big fan of the band. He asked if they fancied doing a few gigs, and the answer was yes.

The challenge was how to get everybody together for discussions, rehearsals and even writing some new material when the five band members weren’t even in the same continent, never mind the same city.

Lou is still in Hull. Jerry in Brighton. Drummer Matt Higgins is in Leeds and the guitarists are local and distant, with John Rowley in Bridlington and Hallam Lewis in Capetown, South Africa. It was good technology that brought them together, and one wonders how they would have managed if all those lockdowns hadn’t introduced the wonders of Zoom.

So that’s a website, some busy social media accounts and Zoom all playing a part in reuniting a band that dates back to the days of stuffing cassette tapes into Jiffy bags and sending them off to radio stations, record labels, gig venues and promoters and the music press.

Lou, who has played in countless other Hull bands since the days of the Red Guitars, also exploits technology to the max in driving her main projects Loudhailer Electric Company and Agent Starling, notably with the latter recording nearly 30 tracks entirely remotely, including the new album, Constellation of Birds.

Lou could walk from her home to the famed Fairview Studios in half the time it takes to play Constellation of Birds, but during lockdown it just wasn’t possible to get fellow band member Quentin Budworth and the engineers in the same place.

Lou said: “In the pandemic it’s been really important for me to remain creative. I’ve always loved going into Fairview with a great engineer and producer. I really value a proper studio but under lockdown we just couldn’t do that so I upgraded my home recording set-up and we used it to record the Agent Starling music.”

Fairview itself began as a home studio in 1967 with founder Keith Herd recording local bands in the front room of his house in Great Gutter Lane, Willerby. Investment and expansion followed and a proper studio was built on the former piggery at the bottom of the garden. It’s worth visiting the website to see some of the big names in the client base.

The Red Guitars made their early demos at Ken Giles’s eight-track studio in Bridlington and moved to Fairview’s 24-track facilities to record the Slow to Fade album.

Lou recalled: “We chose Fairview because we wanted to keep it local. We saw no reason to go and spend our money in a different town or city. We recorded the album over the summer of 1983, had a great time there and were really happy with how it turned out.

“Many years later, about five years ago, I went back there to record the Loudhailer Electric Company album and the engineer, John Spence, was recording the studio’s 50th anniversary album. We went in to represent the Red Guitars. Bill Nelson was on it, and Michael Chapman.

“The only difference with the place was that it used to be full of smoke, but apart from that it was just the same and a really good experience to go back and sit in the same place as all those years ago.”

Local venues have changed a lot. The forthcoming gig at the Adelphi will be a Red Guitars first because the club didn’t open until 1985. Spring Street Theatre, former home of Hull Truck, Spring Bank Community Centre and the School of Architecture have all gone. As has the Trades and Labour Club, where current Loudhailer drummer David Burnby once promoted a miners’ benefit gig headlined by the Red Guitars.

In an age of being able to share music around the world, listen to the most obscure stuff and communicate with band colleagues all at the touch of a button, it’s impossible to avoid thinking about how the industry has changed.

“To get a gig you couldn’t send an email with a link to songs and what you looked like live,” said Lou.

“You had to send things by post, make a record or cassette, talk to them. Even though we were independent we had a lot of admin and we had an agent to get us gigs, and a plugger.

“If somebody didn’t show up because something had happened there was no way of letting people know what was going on. How we used to get all these things together with just a landline is a mystery to me now!”