From hot yoga to hand grenades, how expanding businesses are putting finance first 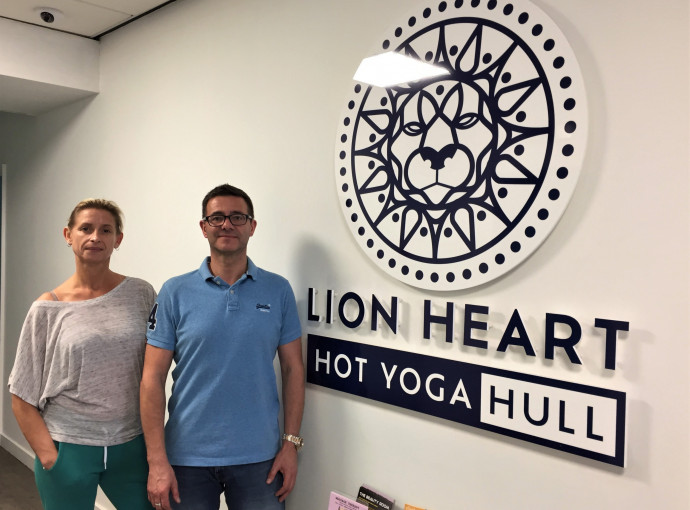 Michelle Shenton and David Cartwright of Hot Yoga have signed up to sharpen their finance skills as they build revenues and recruitment at the business they launched last year.
Siblings at Braun & Co are taking the computerised accounts for business course with the aim of taking on more responsibility from their father in the family company which over the years has diversified from model trains to grenades and then x-ray machines for the health and security sectors.
Alex Atkinson, head of SSW operations at HCUK Training, said feedback from previous rounds of training demonstrated how the courses helped businesses improve productivity and growth. He added that the benefits would be felt further afield as a result of HCUK now targeting businesses in the Greater Lincolnshire LEP area as well as the Humber.
Golding Computer Services of Hull is delivering the training having again been appointed by HCUK. The courses are available fully funded to eligible SMEs through the Humber LEP’s investment of money from the European Social Fund and the Education and Skills Funding Agency.
David and Michelle took the whole of the eighth floor of the K2 building in Bond Street, Hull, to launch the first dedicated hot yoga and Bikram yoga studio in the region.
During the first year, Hot Yoga was averaging between 150 and 180 individual bookings every week. Now the number exceeds 300 and is rising, with additional revenue coming in from Michelle’s Silhouette Fitness Clothing range, the company’s own cold-pressed juices and new services including sound therapy workshops.
David said: “During the summer I had my first full day off since January last year. We were told that August would be quiet but it was our busiest month and we have added more classes as a result.
“There are five people altogether including cleaners and receptionist and we will need more staff as we grow so when the course became available we took the opportunity. Some days we start at 5.30am and some days we don’t finish until midnight so it’s great that the training is flexible.”
Braun was founded in London in 1848 as “inventors, engineers and specialists” and transferred its skills into manufacturing medical equipment after it was bought by Reginald Shepherd in the 1930s and moved to Barton on Humber.
The company had made miniature working models of steam trains and during the Second World War it made grenades. Reg was succeeded by his son Barry in 1974 and the company expanded its activities with a wide range of medical products plus security equipment to scan luggage, vehicles, cargo and people.
Still a family firm, the company now employs 16 people and offers more than 2,000 products to customers including the NHS, private sector hospitals and Unicef, expanding its export markets during the past 25 years.
One member of the team has already completed the computerised accounts for business course and a second has now joined, taking advantage of the distance-learning facility rather than heading to training sessions at Goldings in Hull.
Lucy Lyon, a director of Braun, said: “I did the Level 2 training and my sister is doing it now. We have been really happy with the course because although we have been working with Sage for about 20 years we didn’t have a formal qualification.
“We wanted to make sure we were doing best practice procedures so we can improve the systems within the company. Because it’s a family business in the future it will be me and my siblings taking it forward and we want to make sure we are trained in every aspect.”
Di Garbera, a director of Goldings, delivers the training and was last year named Tutor of the Year at the International Association of Bookkeepers’ (IAB) Awards.
She said: “We know from the feedback that the courses are proving invaluable to businesses throughout the region because the distance-learning facility enables people to fit the training around their day job and there is funding available until December 2020.
“We provide full tutor support by phone and email and there is even a free NUS discount card for participants, and the incentive of official IAB qualifications on completion.”