From bullets to business 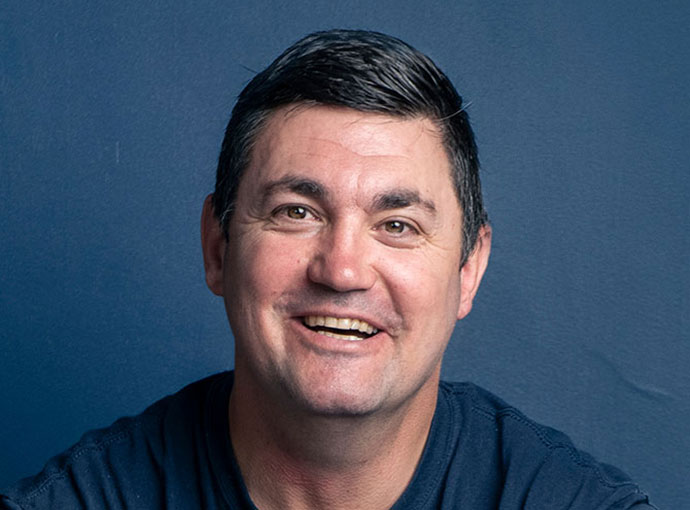 When I explain to our featured entrepreneurs that we’re looking to get a sense of their “journey”, I always apologise for using a word that’s straight out of The X Factor. But in Jon’s case, I can’t think of a better word.

I knew he was an Army veteran who’d lost a leg late last year and was preparing to take on the Three Peaks Challenge in August 2021, but some of what he told me I wasn’t prepared for; it was humbling, shocking and moving in equal measure.

Growing up on a council estate in Hull, Jon lived and breathed rugby league, and all he ever dreamed of doing was playing for Hull FC and representing his country. “People were always telling me I was going to make it professional,” he says, “but I didn’t get the scholarship I wanted. In all honesty, I’d screwed my GCSEs up. I thought, I don’t really need them to be a rugby player, so I didn’t concentrate, I didn’t focus. So when it came to it, I only got Cs and Ds.”

His first job didn’t exactly go well, either. Working on a cake production line at Beaverlac, in Hull, he picked up an almond, threw it in the air, caught it in his mouth… and was promptly given his marching orders.

He soon found himself being dragged around recruitment agencies by his mother – and then they walked past the Army careers office. In they went, and Jon was shown videos, posters and leaflets about the Royal Engineers. Building things, blowing things up – it was boy’s own stuff, and, at just 16, Jon didn’t need persuading. He signed on the dotted line. “You’ll be home in a week,” said his mum.

But she was wrong – and Jon completed all his training. Aged 18, he was posted to Germany in 1997, where he experienced his first physical setback. “Straight away I was told I was going for a run. So I went, but my left leg was really sore. I tried to stretch it off, but it didn’t work, and I later discovered I had a blood clot in the back of my leg. But I went through rehabilitation and served a pretty awesome time. I’ve been to some amazing places – and some really horrible ones.”

Everything was going well – and Jon even managed to achieve that boyhood dream, playing rugby for his country. He represented the British Army in the Combined Services Rugby, playing internationally and captaining the side. And then, he tells me, his 11-month-old son died.

In an infinitesimally small way, I just relived the nightmare that Jon went through. He resuscitated his son, and saved his life, but the traumatic event had left him in a dark place. “I really struggled with it. I had mental health training, counselling, and stuff like that, and eventually went back. We were living in Cyprus, and I had a great time; I was skydiving every day – I think I did 102 jumps out there.”

Jon’s posting was cut short when his wife, Nikki, became ill, and they returned to the UK. She had developed what doctors initially said was an insect bite on her neck, but it worsened, and she was batted back and forth around the health system. During all the uncertainty, Jon had a heart attack. He was rushed to hospital and spent two weeks there – and then suffered another heart attack a few days after being discharged.

When he was finally well enough to return to work – where he was performing many and varied roles for the Royal Engineers, including construction project manager and trauma medic, gaining extensive experience in all aspects of health and safety and first aid – his wife was still having regular check-ups to determine the root cause of her pain. It was at this point that Jon learned a huge life lesson.

“I thought my career was more important – that I didn’t need to be with my wife because it was just a check-up. But my wife rang me, crying her eyes out, and I asked her what the matter was. And she said, I’ve got cancer – it’s not an insect bite, it’s cancer. And I wasn’t there with her. I realised then that, if I’d taken the day off, my career would have been there the following day – but my wife might not have been. Now, running my own business, one of the things I love about it is the freedom of being able to take a day off. If I want to go fishing to sort my own mental health out, I can do. If I want to spend time with my family, I can. And the one lesson I learned from that was, don’t ever put your career before your family.”

Even darker times were yet to come, though. In 2008, Jon’s brother, Gary, was brutally attacked outside the Greenwood pub in north Hull, leaving him in a coma. The hospital said there was no hope of a recovery, and that his life support would have to be turned off – but a family member would first have to observe and accept there had been no response. This horrendous duty fell to Jon, as “the strongest” one. “That was so difficult for me because as a trained medic, I saved lives, not ended them. I remember Mad World was playing on the radio, and they said, ‘Would you like to turn the machine off? And I flipped the switch, and I ended my brother’s life.”

Jon spiralled into depression and at one point, tried to take his own life. “I was on the Humber Bridge. I held on to the edge and just said to myself, if I let go, all my problems are over. And as it happens, a guy from the bridge came and sat on the floor next to me, and while I was talking to him armed response moved in from the other side; they handcuffed me and took me off the bridge, and we had a big, long chat. And the guy who handcuffed me, I knew really, really well. So that was my wake-up call.”

Jon decided to get out of the Army, calling time on a career of more than 13 years. With his vast experience behind him, he was sure he’d be able to find employment in the H&S sector – but his job-seeking coincided with the 2009 recession. A string of interviews cancelled on him one by one, each saying they were going to make internal appointments, leaving with him with no real prospects. Then a friend said he needed some security for a job – but it meant Jon would have to set up a limited company. “I went, what’s a limited company? At that point I had no clue, because when you got out of the Army, nobody taught you that kind of thing. So I googled it, and found something that said ‘£29 setup fee’ – and that was it. I bought a company, got my business cards from Vistaprint, and started going to networking events.”

He met local businesswoman Jane Gough at one of these events, and she proved to be a “rock” to him in those early days as he learned the nuts and bolts of running a business. Jon had initially intended it to be called On the Pulse training, but the company name was already taken, so Pulse Rate Training was born. Jon built up the business and was soon winning national contracts, but he faced yet another setback when blood clots developed on his lungs.

Nikki sat him down and urged him to think about getting a “proper job”, as they were going months without income, but Jon stuck to his guns and ploughed on. Nikki joined as a director and together, in 2014, they launched a separate company, Pulse Rate Events, to provide medical cover, health and safety and security at events, as well as event management – boxers Anthony Joshua and Tyson Fury are just two of the big names they’ve brought to Hull.

of Jon’s biggest challenges was being able to ‘let go to grow’ and the For Entrepreneurs Only (FEO) Step Change programme helped him enormously – but then came Covid. As his core businesses relied on events and hands-on workplace training, work ground to a shuddering halt. They managed to get through with the help of government grants and furlough, and having to dip into their own personal funds, but are slowly building things up again.

In November 2020, Jon had surgery to remove his leg after years of pain caused by blood clots in his knee. “My biggest fear when I lost my leg was that I’d never walk again. And I’d always dreamed of being a paramedic, but because I never got the GCSEs I needed I couldn’t do the degree – even though I’ve been a trauma medic for 15 years. The amputation was the pinnacle point where I realised I was probably never going to be a paramedic. Then I met a man who said to me, ‘Look at this way – as a paramedic you’d be one person saving lives. But as a trainer, you could help create the next generation of paramedics.’ And that’s now our motto – say legal, save lives. It made me sit back and think, that’s it – once we’re out of this pandemic, I’m going to do everything I can to grow this business.”

I wasn’t surprised to learn that Jon is also a motivational speaker who has inspired countless people at business events, as well as schoolchildren, with his central message of overcoming considerable adversity. And in August he set himself his toughest challenge yet – climbing Britain’s highest mountains just nine months after losing his leg.

“It was genuinely the hardest thing I’ve ever done in my life; I was in so much pain, it was beyond belief. But I needed to prove that I could do it – I needed to just keep going. I thought, pain is temporary, but the achievement will last forever.”

Incredibly, Jon managed to reach the top of both Mount Snowdon and Ben Nevis in the space of just three days. After seriously injuring his stump, he had to skip Scafell Pike and rest, but he says he will not be collecting his medal until he completes the final peak. “I will be conquering Scafell Pike – it’s not beating me. I’m recovering, and then I’m going to set a date to go and do it again.”

You can still support Jon’s bid to raise £13,000 in aid of BLESMA, the Royal British Legion, the SSAFA and Hull4Heroes – but you haven’t got long. The donation page at justgiving.com/crowdfunding/jon-hilton13 will close on September 13. Follow Jon @frombullets2biz on Twitter and Instagram for pictures and videos from his challenge.