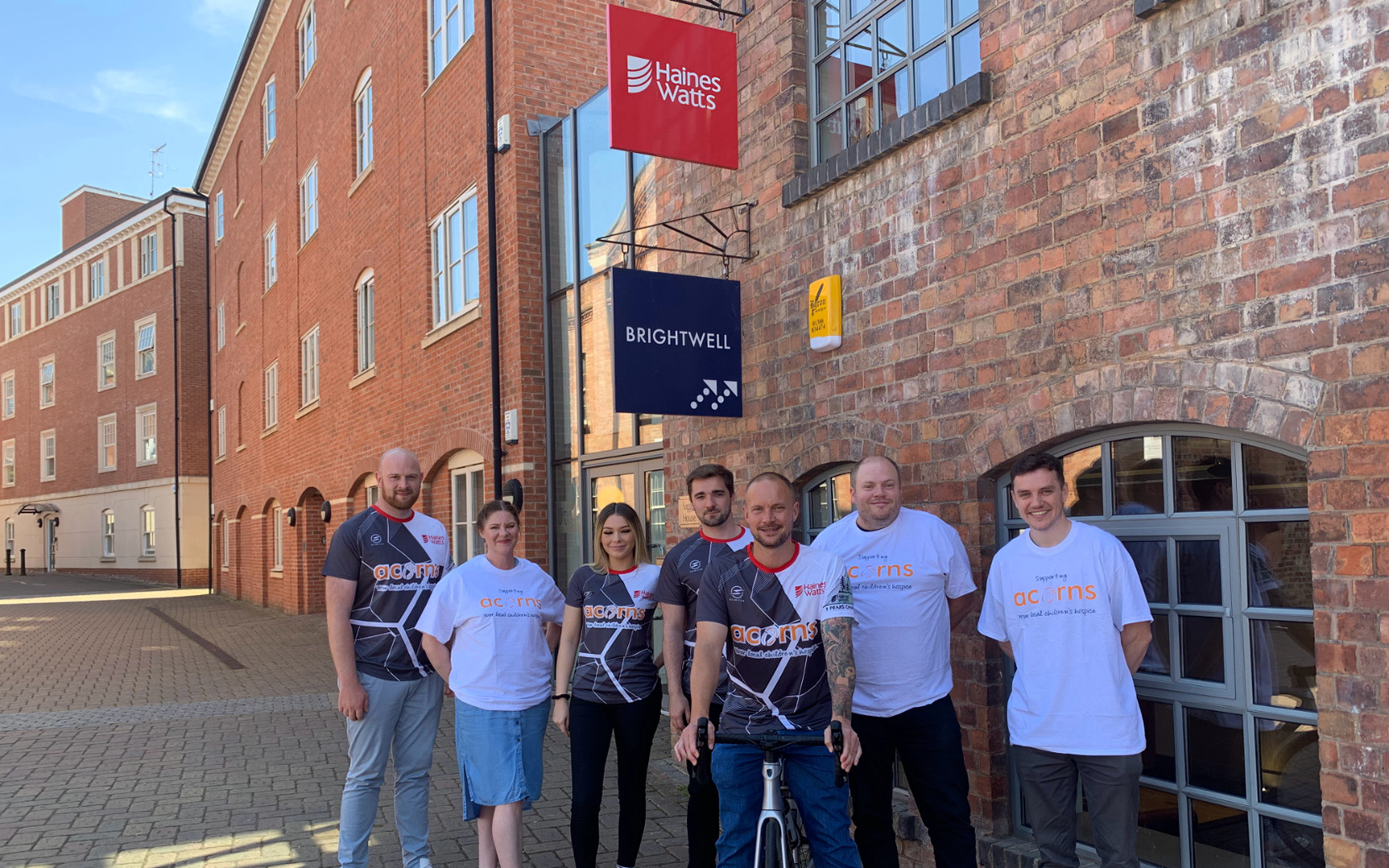 A team of 16 West Midlands accountants are swapping their spreadsheets and profit and loss forecast for hiking boots and all-weather clothing as they attempt the National Three Peaks challenge for the first time in July.

Staff from Haines Watts’ offices in Ashby, Birmingham, Hereford, Tamworth and Worcester will tackle the three highest mountains in England, Scotland and Wales in just 24 hours to raise £20,000 for Acorns Children’s Hospice.

The intrepid adventurers will drive 462 miles, walk 23 miles and scale 3,064 metres up Mount Snowdon, Scafell Pike and Ben Nevis in a bid to help the charity provide care and support to life-limited and life-threatened children.

Former Worcester County Cricketer Gareth Andrew, now regional marketing manager at Haines Watts, will take the challenge one step further, opting to cycle from Worcester to Fort William to join up with the rest of his colleagues.

The all-rounder, who picked up 238 first-class and 206 white-ball wickets in his career, will pedal more than 480 miles in five days to raise awareness of the excellent work of the charity and to ensure the company hits its £20,000 total.

“It is not about me, it is about Acorns, and we want to do as much as we can,” said Gareth, who will be starting the ride this Monday.

“I will cycle to Fort William over five days before climbing the Three Peaks to try and maximise the awareness and the fundraising element during my journey.”

He went on to add: “The closer we get to the big day, the more nervous I’m getting, as I’ve never climbed a mountain, and I’m very much underprepared in both walking and cycling.

“I’m not a cyclist by any means, although I did complete John O’Groats to Land’s End for St. Richard’s Hospice five years ago, so hoping my brain and body will remember bits of that.”

Established in 1998, Acorns Children’s Hospice has become one of the West Midlands best-known charities, supporting hundreds of children and families every year.

Its health and social care professionals provide a range of services, including bereavement support and advocacy, as well as several of dedicated support groups, helping to reduce the isolation some families can face during these difficult times.

The charity needs £27,000 per day to provide its vital services and it relies on donations and fundraising by the community and local businesses for the bulk of this amount.

James Howard, partner at Haines Watts and one of the Three Peaks team, said: “As a company, we are passionate about the work Acorns do and really want to hit our £20,000 target.

“We’re up to £3,000 already and are really going to hit the fundraising hard in the run up to the Three Peaks challenge. There are also several other company activities we will be running to generate more cash.”

For further information or to donate, visit justgiving.com/team/HWThreePeaks