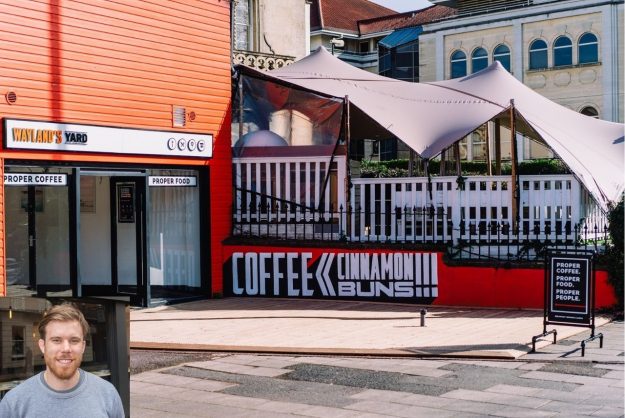 A former professional rugby player has expanded his Midlands-based speciality coffee shop into Bristol with the opening of his third outlet, with help from Thursfields Solicitors.

Sam Smith, the ex-Worcester Warriors and England under-20s winger, launched Wayland’s Yard in Worcester in 2016 after an injury forced his early retirement from rugby, and opened his second site in Bull Street, Birmingham in 2018.

Thursfields has now helped him with legal advice to secure the deal for the third Wayland’s Yard premises which are based on 45 Whiteladies Road in the trendy Clifton area of Bristol.

Katherine Hall, a solicitor in the commercial property team at Thursfields who handled the lease, said: “We completed on the lease and licence for alterations in December, allowing Wayland’s Yard to prepare the new location and open doors in January.

“It’s always a busy and challenging period when a growing business is about to sign a lease in a new city, so we were delighted to make this as easy as possible for Sam and his team.

“This brand has quickly become a popular and well-known coffee shop in both Worcester and Birmingham, and it’s been a pleasure to help Sam secure a great venue for his third branch in Bristol.”

Mr Smith said: “Despite the lockdown, the new Bristol property has been able to serve takeaways, and because it includes an outdoor space at the front we’ll also be able to take advantage of outdoor dining from 12 April.

“The commercial property team were fantastic in helping us to secure these new premises in the centre of Bristol’s most popular hospitality district, and I’d recommend their swift and reliable services without hesitation.”

Recalling his launch into business five years ago, Mr Smith added: “Having to stop playing rugby was devastating as I hoped to play for another nine or 10 years, but I’m really pleased with how Wayland’s has progressed since 2016.

“My dream was to create a venue that champions speciality coffee, supports local suppliers and serves up great food in a unique and exciting space, and I’m delighted I’ve been able to do that with my fantastic team.”