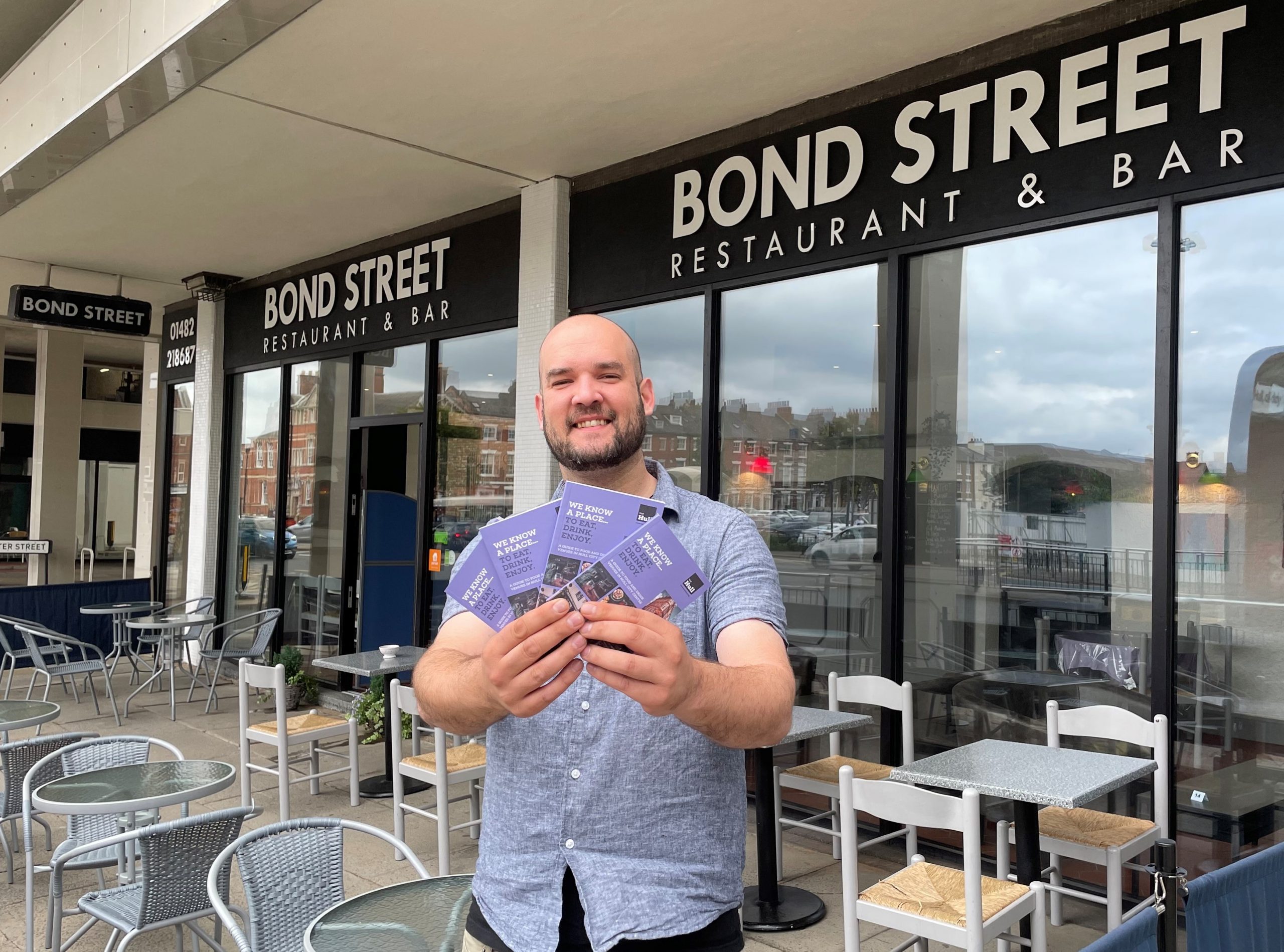 Food and drink businesses in Hull city centre have welcomed the launch of a new guide designed to help the sector bounce back after the ravages of Covid-19.

The booklet is published as a collaboration between Visit Hull and HullBID as part of the “We Know a Place…” campaign and showcases all the eating and drinking venues in the city centre, from cafes and delis to bars and restaurants and everything in between.

It is being distributed direct to thousands of homes in the area and will also be given out in hotels, by some of the venues themselves and at the tourist information pod in the transport interchange.

Kathryn Shillito, HullBID executive director, said: “The hospitality sector has been hit so hard by the pandemic and we wanted to do something to help the venues and the jobs they support.

“We’ve got top quality and fantastic variety across the board, from fast food and corner cafes to pubs and restaurants, hotels and nightclubs. But there’s a danger people will have forgotten what we have, and there have been some new additions, so the aim of the guide is to remind people of the old favourites and feature some of the new arrivals.

“By attracting more people into the city centre to enjoy a great drinking and dining experience we also hope there will be spin-offs for the retail sector, and we are now looking at producing a companion publication showcasing the many great independent shops.”

The guide, which is printed in full colour, lists the style of food and drink, the location and the contact details for every venue. Among those featured are McCoy’s Roastery and Café Bar, which has operated under owner Mark Bayston for nearly 20 years, and Bond Street Restaurant & Bar, which was opened recently by experienced chef Jason Ioakeim (main picture above).

Mark (right), who took over McCoy’s in Princes Dock Street, Hull, in October 2001, said: “ Like everybody else we have had a stop-start year and we have made a few changes as we have reopened. Some of the items on the menu have changed and we have developed the drinks side with cocktails and craft beers. We’re still open seven days a week.

“We’ve been going for so long that some of the people who used to call in for a hot chocolate when they were at Trinity House School are now bringing their own kids here!

“But there are others who are less familiar with what we do, especially given events of the last 18 months, so we expect the new brochure to refresh people’s minds about what is available and help new visitors find their way around the city centre food and drink venues.”

Jason, who has worked in a variety of well-known restaurants and café bars in and around Hull, opened Bond Street Restaurant & Bar in the former Operetta restaurant and is building a reputation for versatility as he commits to offering a vegan alternative for all the dishes on his growing menu.

He said: “When we started in February we could only do a take-away service but we have built on that and people have been very positive about our diverse menu. It’s particularly good for families and other groups who want a mixture of meat and vegan options and so far we’ve had nothing but good reviews and feedback.

“The big thing for us will be the reopening of Hull New Theatre so this brochure is coming out at just the right time, showing people that we are here, open for business and offering some familiar favourites as well as something different.”