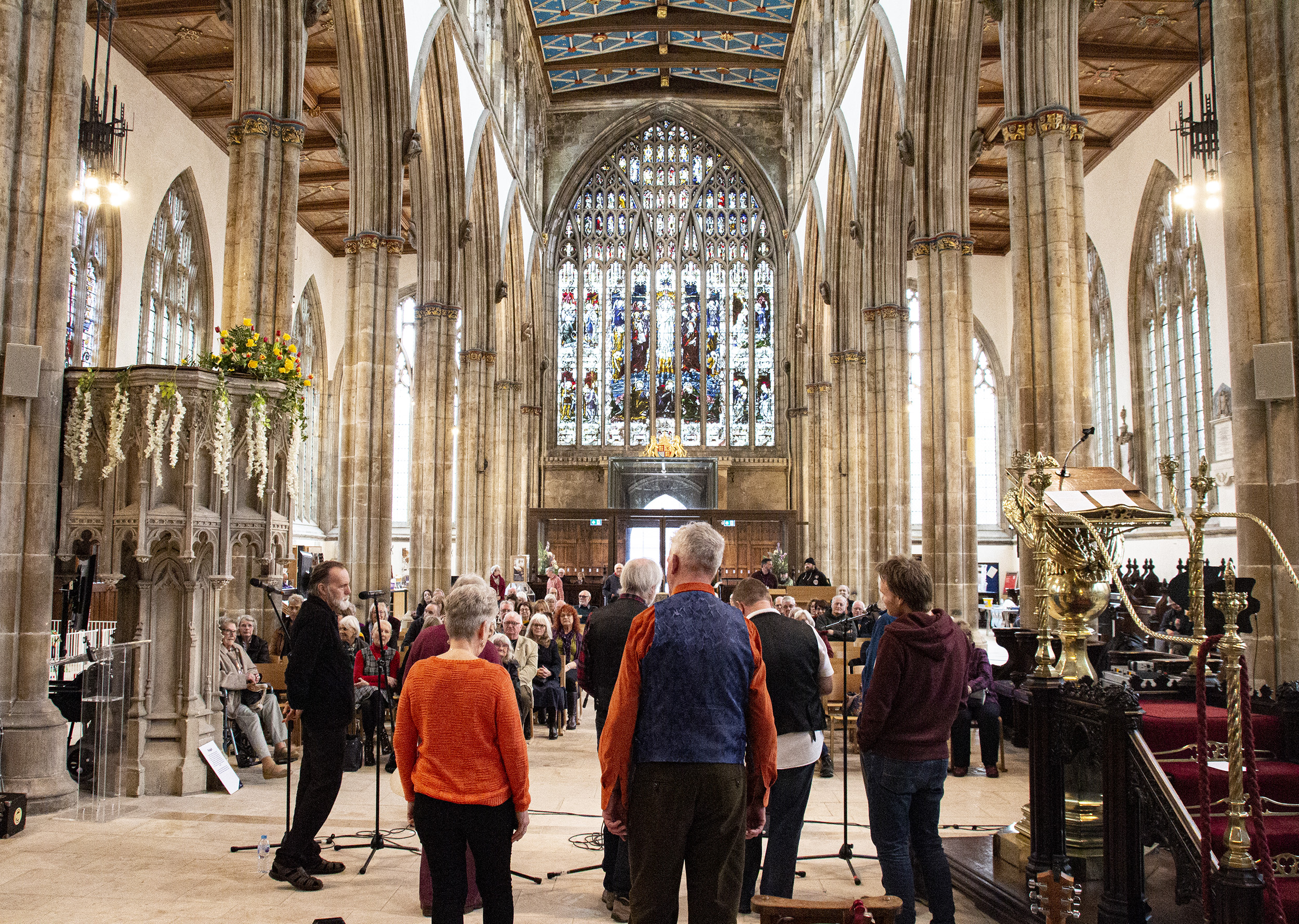 Folk in Hull, the charity behind the popular Hull Folk and Maritime Festival, has announced it is staging a day of free music and activities in and around Trinity Square this summer.

Folk in Hull at Trinity Square will take place on Saturday, August 14, and will feature a programme of live bands during the day in both Trinity Market and Hull Minster.

The Trinity Market stage will host a daytime programme of music including String Theory, Codends and the Quicksilver Kings, with the evening programme featuring Slim Tubby and the Vitamin Ds, Work in Progress, Tim O’Connor and the Poachers, and the Hillbilly Troupe.

Acts in the Minster, in a daytime programme from 11am to 5pm, include Spare Hands, the Smugglers, Ellie Pollard and Fiddlers Elbow.

Traditional folk dancers will be dancing in the square, which will also be hosting the Kitsch Market, an arts and crafts market that takes place in Trinity Square on the second Saturday of every month.

The weekend will prove to be a bumper one for sessiongoers, as during the day on the Saturday there will be a traditional tunes session, followed by a singaround, in Vintage bar in Silver Street – this is in addition to the regular Whittington & Cat session the previous Friday, and the Minerva session the following Sunday.

Folk in Hull has recently partnered with HEY Workshops, which works with communities and businesses to deliver creative solutions, activities, events, workshops and training.

For the event on August 14, Louise Cramond, owner of HEY Workshops and Folk in Hull trustree, will be crafting an installation live on stage in Hull Minster during the performance of the Hull Folk Collective. The final piece will be auctioned off, with proceeds going towards Folk in Hull and future events.

Louise said: “I’m really excited that Folk in Hull has decided to include heritage arts and learning as part of what they’re doing – and the event in August is just the beginning. We’re planning to yarn-bomb the Minster and surrounding area to create a real festival vibe, and future events will feature creative family workshops.”

As the event is being run entirely by the charity’s trustees and other enthusiastic volunteers, Folk in Hull is appealing for donations towards running costs. Organisers say that any funds raised over and above the costs for this year will contribute to efforts to bring back the full-scale Hull Folk and Maritime Festival for 2022.

Trustee Dan Thomas said: “We all have had a hard year and we want to stage a day of live music and fun family activities in the city centre, which we also hope will boost trade for local businesses. Our events are run entirely by volunteers and every donation will go towards the organisation of this and future events.”

Folk in Hull at Trinity Square is being run alongside the Trinity Beer Festival, a separate ticketed event on August 13-14, also featuring local bands including Ramble Gamble, The Nocturnal Flowers, and Dogfinger Steve.