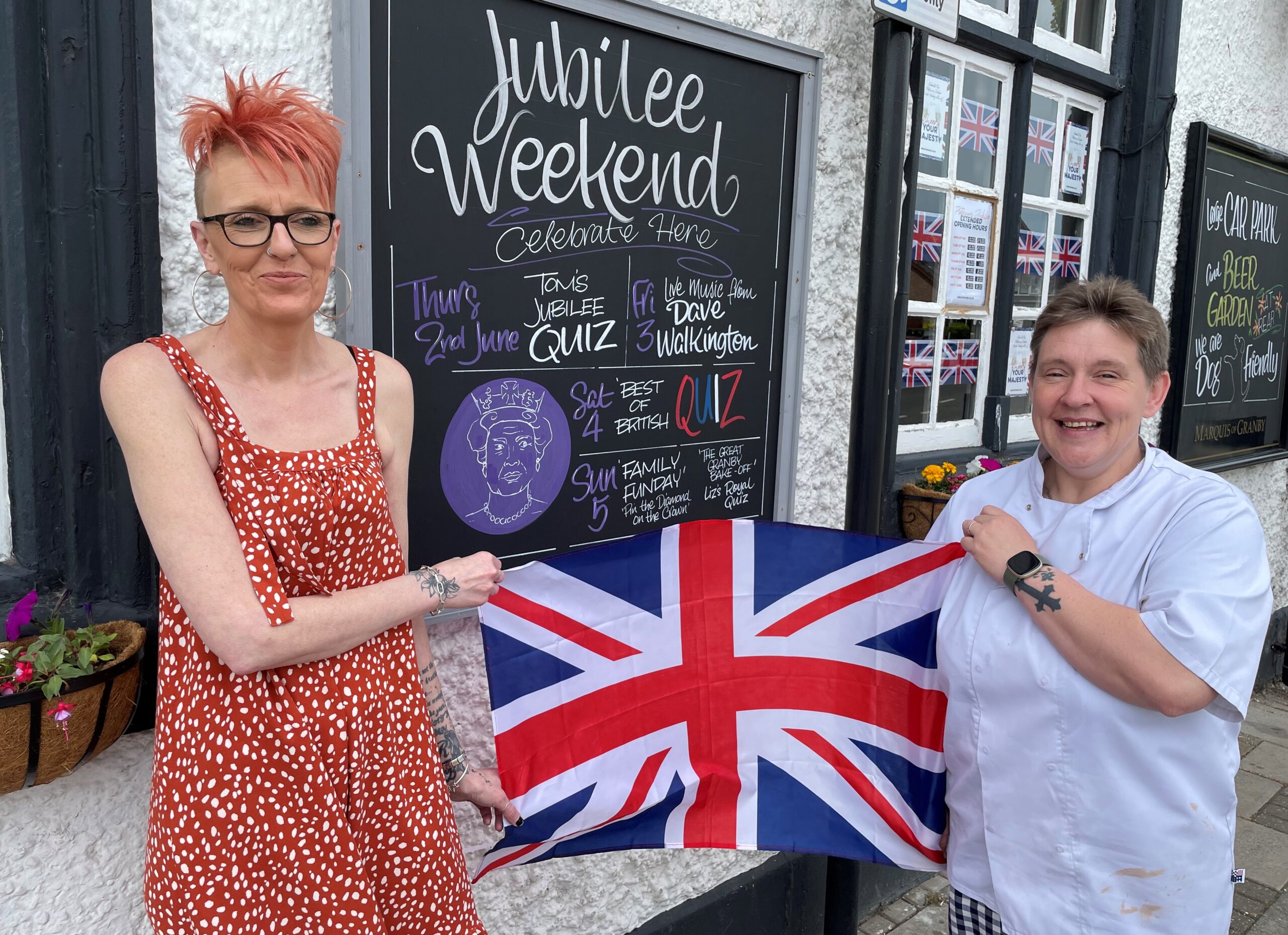 Businesses from the Humber Bridge to Hull marina have outlined their plans to celebrate the Queen’s Platinum Jubilee in style against a spectacular backdrop of a flotilla and flypast.

Hessle Town Council, which is organising the Humber Platinum Jubilee Flotilla of 70 ships and boats on Thursday 2 June, has now confirmed details of a programme of family fun.

Pubs at either end of the flotilla route will be making sure their cellars, bars and kitchens are fully-stocked in anticipation of crowds of thousands of royal revellers descending on Hessle Square, Hessle Foreshore and the marina and Humber Street in Hull.

Businesses with offices along the banks of the Humber – some of which have vessels taking part in the flotilla – are making plans to commemorate the Jubilee with parties at the water’s edge as the boats sail past.

Graham Fordham, a member of Hessle Town Council who is one of the organisers of the town’s Jubilee events, said the occasion would re-enact the Humber flotilla of 60 boats in 2012, when the town council celebrated the Queen’s Diamond Jubilee, and the historic date in 1897 when watermen gathered their boats on the Humber in celebration of Queen Victoria’s 60-year reign.

Hessle Town Council has liaised with Visit Hull and East Yorkshire, the tourism arm of East Riding Council and Hull City Council, on a programme of activities during the day which will include music and entertainment at Hessle Foreshore and Hull Marina.

The RAF Battle of Britain flypast by two Spitfires at Victoria pier in Hull will signal the start of the flotilla at 7pm on Thursday 2 June. The vessels are due to arrive at the Humber Bridge at 8pm and will then turn round west of the bridge and begin their return to Hull at 9pm, with some continuing to Grimsby.

At 9.45pm there will be the ceremonial lighting of Jubilee beacons at Hull, Hessle, North Ferriby, Barton and other locations around the estuary – all part of an initiative to light 2,022 beacons around the UK.

Beacons will also be lit in all 54 Commonwealth capitals and the Principal Beacon lighting will take place in a special ceremony at Buckingham Palace.

Mr Withers said: “The flotilla will once again bring together a variety of ships and boats from tugs and trawlers to vessels from the emergency services, pleasure cruisers and private craft moored in Hull Marina.

“The event is all about celebrating the Monarch by sharing the rich maritime heritage and history and by looking forward to our role as the UK’s energy estuary, the combination of which is unique to our region. The spectacle is expected to attract thousands of people and that will provide a much-needed boost for our business community.”

Sarah Thompson and her partner Sarah Barker (above) only took over the Marquis of Granby pub in Hessle Square less than three months ago and immediately started planning their preparations for the big day. Bunting already adorns the building, a new beer garden created at the back of the pub and blackboards at the front listing details of some of the attractions, completed with a drawing of Her Majesty.

Ms Thompson, general manager of the pub, said: “We wanted a pub with a local feel during the week and a bit of life at weekends and that’s exactly what we have got with the Marquis of Granby.

“We’ll be operating extended hours over the Jubilee holiday weekend and starting the activities with a virtual DJ featuring hits from every decade of Her Majesty’s reign. We’ll also have quizzes with a royal theme, a best of British disco where we’ll expect people to wear Union Flag clothing and a Granby food day on the Sunday with the highlight being the Granby bake-off.

“We’re expecting a very busy weekend with plenty of regulars coming along and a lot of people from out of the area calling in on their way to and from the foreshore, so we’ll be putting details of all our events on Facebook and TikTok.”

At the other end of the flotilla route Melanie Dennison is already taking plenty of bookings at Tribal sports bar and grill in Humber Street, Hull.
Melanie, general manager of the bar, said: “Our biggest seller is the bottomless brunch and a lot of people have already booked in to enjoy that over the Jubilee Bank Holiday weekend. We’ve got a few special events in the pipeline including live entertainment and a Jubilee-themed quiz and we’re expecting to be very busy.”

Paul Escreet, chairman of SMS Towage, is planning to release two of his tugs to sail with the flotilla and use their fire-fighting capabilities to add a high-powered spectacle of towering water jets which he will watch from his offices at Waterside Park in Hessle.

He said: “For the Diamond Jubilee we welcomed about 120 guests for a celebration on the lawn overlooking the Humber at the back of our office. This year a lot of people will be away for the Bank Holiday so the numbers are much smaller but we’re looking forward to seeing the flotilla including two of our tugs with their fire monitors going.

“It’s great to be asked to be involved and I am very proud to participate as a Hessle-owned business and a Hessle resident. It’s a great opportunity to showcase not only the town of Hessle but also the character, the community and the culture.”

Anton Nebbe, head of PR and communications for Close Brothers, which has an office in Hessle, said: “With many regional offices across the UK, Close Brothers Asset Finance understands the importance of supporting the communities where both our customers and our people live and work. This includes events like the Humber Platinum Jubilee, which aims to bring the people of the region together for a day of celebrations.

“We are delighted to be one of the sponsors of the Humber Platinum Jubilee and continue our long history of backing important community events. With a large team based in Hessle, I’m sure many of our colleagues will be playing their part in making the day a big success.”