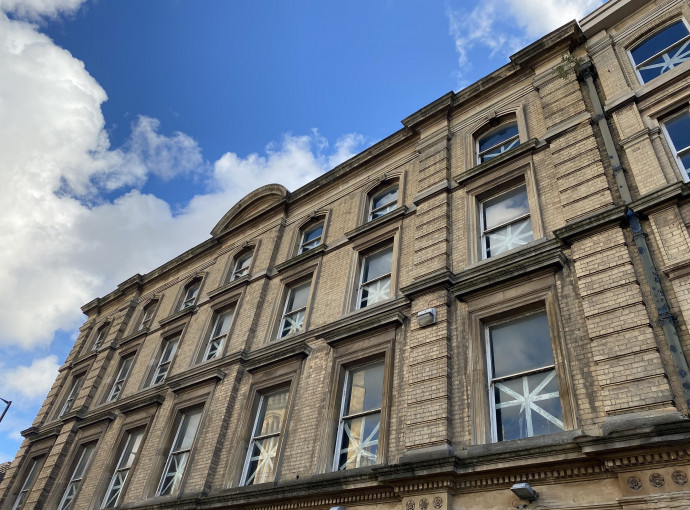 Garness Jones, which has overseen property deals and supported landlords and tenants across Yorkshire and Lincolnshire for more than 20 years, says the number of completed property transactions since March of this year, when the country first went into full lockdown, all but matched the same period a year earlier.
Paul White (left), agency director at the business, says this was achieved despite 2019 having being a particularly buoyant year on the local property scene, reflecting that business has continued to be done across the region.
“Commercial property remains in demand in our region and business continues to be done. It did so during the first national lockdown and the market has certainly been very busy for the past few months,” he said.
“We’re still supporting businesses to grow at pretty much the same rate we were last year and that has been reflected in some really significant deals being completed. We have been incredibly busy this year and we only realised how similar our figures were to last year when sitting and analysing them.
“Between April and the end of October last year we saw 80 deals to completion. This year we were only a handful less in the same time period.
“In the past few weeks alone we have seen some very significant announcements with regards to investment into Hull, and businesses making long-term commitments to the city on projects we are involved with.
“We recently announced the sale of the King’s Buildings in Hull city centre [main picture] which are set to be turned into 24 high-quality apartments, and this was then followed by news of call centre Res-Q taking over an entire floor of the Hammonds of Hull redevelopment to help it build its partnership with national telecoms giant Vodafone.
“We’ve also had news of the potential for hundreds of jobs to be created at a new warehouse and distribution centre at Melton West, thanks to continued investment.
“This latest lockdown is not something any business has wanted, but given the long-term approach taken by many companies during the first lockdown, which of course went on for a number of months, we don’t expect to see a significantly negative impact this time around.”
Flexible approach of landlords and structured rental agreements have been key
Mr White says he has been impressed throughout the year with the approach of property landlords, who have agreed to structuring rental agreements with new tenants in a way which helps many businesses invest with optimism, despite the challenging times faced.
“We’ve done a lot of deals on properties which have either already opened up as restaurants and cafes or are currently in refurbishment to do so,” he said.
“In most cases this has been possible because we have been able to speak with landlords and agree structured rental agreements which take into account the current level of uncertainty we all face and potential lower income, and are therefore designed to give businesses the best possible chance of making a success of their ventures with some breathing space in the first year.
“This approach has allowed people who have wanted to invest in our region, and have seen an opportunity to try something new, to do so.
“As a result we have seen many new restaurants and leisure venues either open or start refurbishments of premises on Hull Marina, in Hull city centre, Beverley and Hessle.
“We have found that when people have come to us and we have talked to all parties, there are still good deals to be done for both sides, and that is why we have seen business continue to take place.”