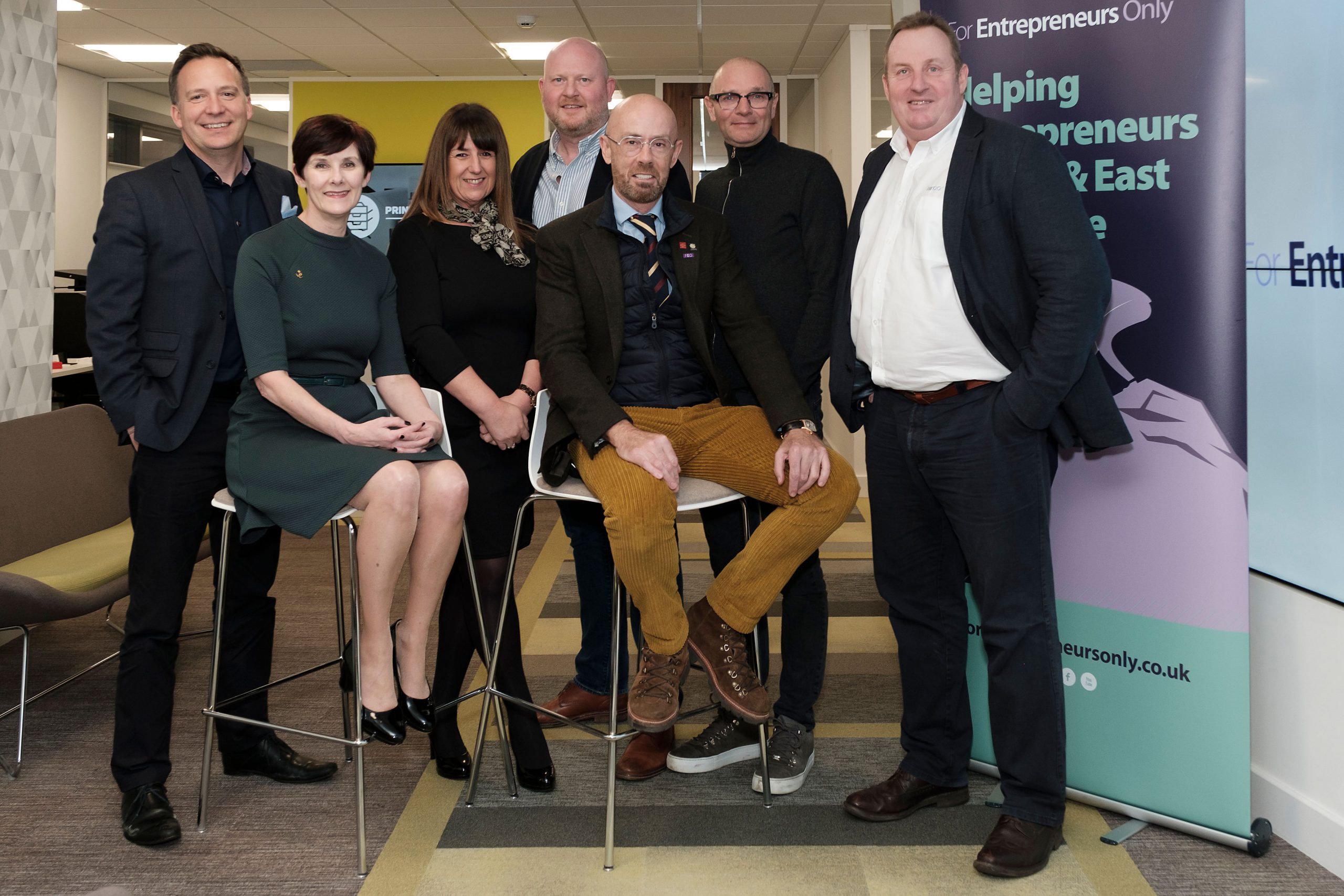 Volunteers from For Entrepreneurs Only (FEO) based in Hull have been honoured with the Queen’s Award for Voluntary Service, the highest award a voluntary group can receive in the UK.

FEO is a unique collective of business-owner volunteers, making a contribution of £3.5 billion to the East Riding economy by way of entrepreneurs helping other entrepreneurs to start, adapt and grow businesses.

Jan Brumby, chief executive of FEO, said: “We are absolutely over the moon to receive a Queen’s Award For Voluntary Service. It’s a fantastic recognition of our members for giving their valuable time, effort and commitment to the support of other like-minded individuals.

“Over the last ten years FEO has helped literally thousands of entrepreneurs across all ages, with an aim to inspire and support them from the beginning, to the end of their business journey. Peer-led events, programmes and mentoring help participants to avoid making common business mistakes, enable bright ideas to develop and encourage a spirit of positivity and resilience.”

“For making this possible, I’d like to thank every member of FEO and our key partners; Smailes Goldie, Gosschalks Solicitors, Cranswick plc, MKM Building Supplies, The Horncastle Group and The One Point, who all together support our unique and independent community interest company.”

FEO is one of 241 charities, social enterprises and voluntary groups to receive the award this year. The number of nominations remains high year on year, showing that the voluntary sector is thriving and full of innovative ideas to make life better for those around them.

Andrew Horncastle is the chairman and a founding member of FEO. He said: “I am so happy that the collective efforts of members, our executive, our directors and key partners have the royal seal of approval – an accolade equivalent to a knighthood for volunteer groups, that is so highly deserved.

“FEO members employ over 23,000 individuals in the area. Therefore, our activity is in the interests of everyone who lives in Hull and the East Riding of Yorkshire. The objective is to help grow a bigger and stronger local economy, create more wealth and increase the number of better and higher paying jobs, so that more money is earned locally and will be spent locally.”

The Queen’s Award for Voluntary Service aims to recognise outstanding work by volunteer organisations that benefit their local communities. It was created in 2002 to celebrate The Queen’s Golden Jubilee. Recipients are announced each year on 2nd June, the anniversary of The Queen’s Coronation.

The diverse crop of award winners this year also includes volunteer groups from across the UK, including an inclusive tennis club in Lincolnshire; a children’s bereavement charity in London; a North Yorkshire support group for those living with dementia and their carers; a volunteer minibus service in Cumbria; a group supporting young people in Belfast; a community radio station in Inverness; and a mountain rescue team in Powys.

Andrew added: “As a team, FEO’s biggest job is to push a region that is open for business. We have a voice which helps to shape ideas and to influence.

“Being recognised in this way is once again putting our region on the map. Lots of great stuff is happening here which makes this county a fantastic place to live, work and invest.”

Representatives of FEO will receive the award crystal and certificate from Jim Dick, Lord Lieutenant of the East Riding of Yorkshire, later this summer. Furthermore, two volunteers from FEO will attend a garden party at Buckingham Palace in May 2022 (depending on restrictions at the time), along with other recipients of this year’s award.