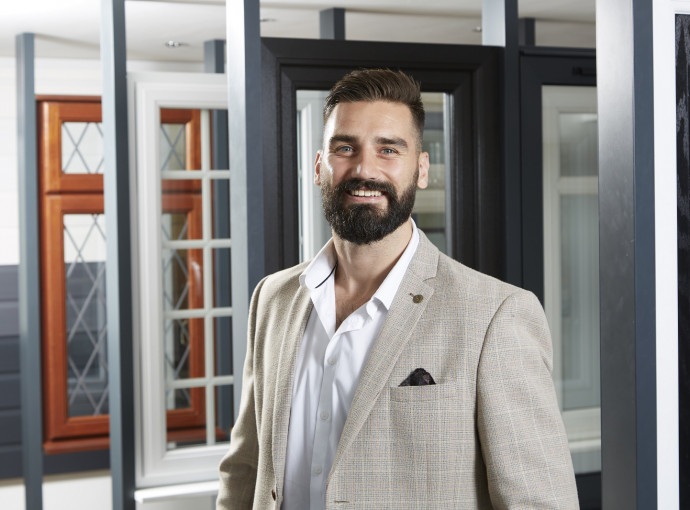 Teams from EYG Commercial have headed to development sites across the country as it works on new residential, educational, healthcare and office projects for clients.
Part of the long-established national EYG Group, which also has a successful domestic home improvements business, all its products are manufactured and distributed from its headquarters in Wiltshire Road, Hull.
Now, new members have been added to the commercial operations management team to ensure the firm continues to deliver on its promises to an ever-increasing list of clients.
Included in the firm’s ongoing work is a £258,000 contract with North Midland Construction, for which EYG is manufacturing and installing 260 windows across three school sites in Leicester, one of which is a newly developed college.
A £267,000 contract with Carter Lauren, due to start later this month, will see EYG install curtain walling, windows and doors at a new care home facility in Tetbury, Gloucestershire.
Closer to home the firm is currently fulfilling a £210,000 contract with Ward Homes (Yorkshire) to manufacture and install uPVC windows and composite doors on new-build houses in Holme-on-Spalding-Moor.
Other contracts include working for Mid Contracting & Consulting to supply new windows, doors and screening at a new-build school in Dagenham, working for Proici Associates on the refurbishment and renovation of offices in Bristol and supplying and installing windows, double doors, curtain walling and aluminium doors on a new care home in Cambridge, for McGoff Construction.
Commercial director Steve Swallow said: “It has been a pleasing run for us in terms of securing contracts which have given us a healthy order book and workload over the summer months and into the latter stages of 2019.
“Although we have picked up a number of very large and specialist glazing contracts in recent years at new hotels and accommodation complexes, we have also seen a steady but continual increase in the number and percentage of contracts valuing between £600,000 and £1m.
“That is a reflection of how we have established ourselves in the market for handling this kind of contract, as the combination of our products, expertise and experience delivers great value for money for developers.
“On many occasions our advice and knowledge has led to significant savings being made for our customers, who have benefited from using alternative, better-performing products because of our advice.
“We have a great track record on developments of this size and specification, and it is great to see the EYG name spreading into new areas.
“With a number of other small contracts we are currently working on, we have taken on about £1m of new business over the summer alone.”
To ensure continued strong performance, EYG has added a number of new faces to the management team, including new aluminium factory manager Emlyn Hughes, commercial operations manager David Ward and group operations manager Mark Hughes.
Richard Rutherford has re-joined as part of the company’s commercial sales team after a successful spell at Granada Secondary Glazing and returns to focus on driving new business opportunities.
Morris Jones, who has a degree in manufacturing systems engineering, has also been appointed as a commercial draughtsman in EYG’s Commercial Technical department.
He brings a wealth of experience in the façade industry, having worked for APA Façade Designs, Solinear (solar shading), Fendor (aluminium curtain walling) and Drawn Metal (windows, doors and curtain walling).
Matthew Addison has also joined the firm as a trade sales rep, helping meet demand after the firm lost Pete Skipper, who died suddenly in April.
“We’ve added some really strong industry expertise to the team who we feel can only help us reach the next level as we move on,” added Mr Swallow.
“We’re expecting to be able to announce some more significant contract wins in the very near future, and a couple more key appointments, so we are looking ahead with a lot of positivity.”
The EYG Group of businesses had a turnover of more than £25m in 2018, increasing its staff numbers across domestic and commercial operations to close to 300.
In recent years it has secured work including a £5.13million glazing contract with the St Monica Trust, at one of UK’s biggest care homes in Bristol and at two major hotel developments at Heathrow Airport’s Terminal 4.